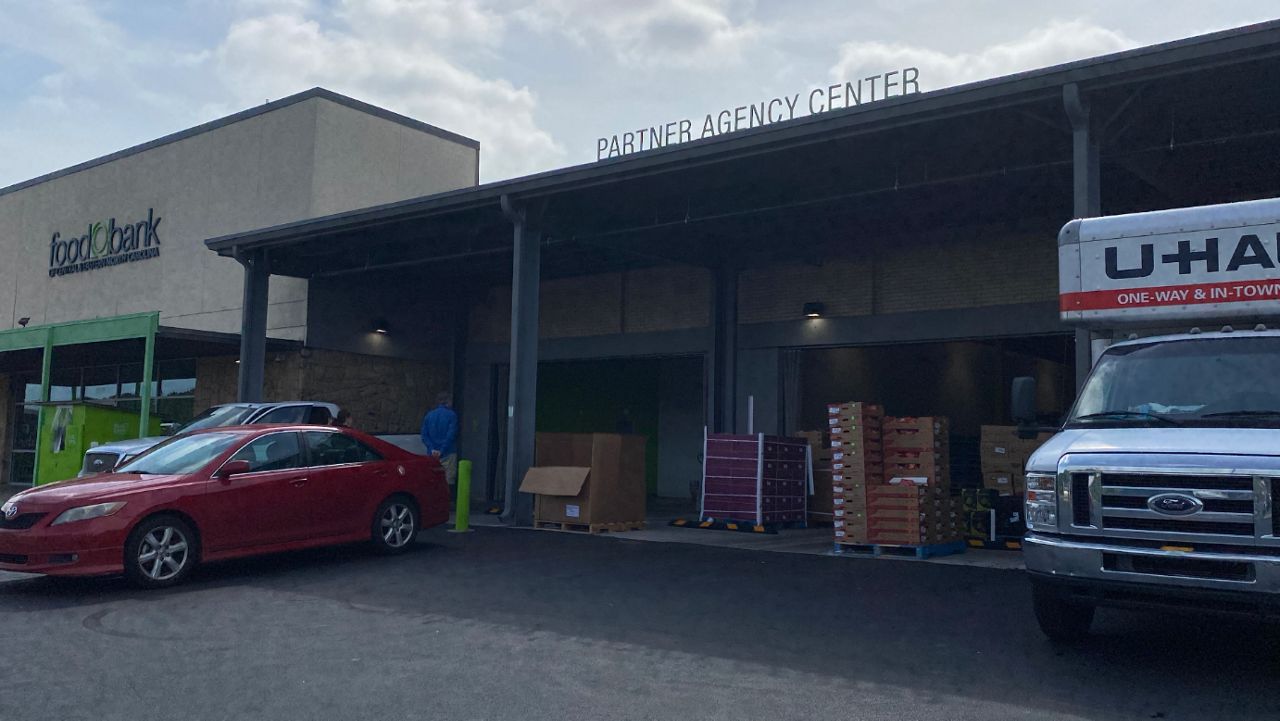 The Food Bank of Central and Easter North Carolina serves 34 counties in the state.

Inflation causing more families to turn to the food bank

RALEIGH, N.C. — With the cost of everyday essentials going up, it's pushing some families who were on the cusp of needing help to go to the food bank.

Jennifer Caslin, who works with the Food Bank of Central and Eastern North Carolina, says their partner agencies are seeing anywhere from a 39% to 42% increase in the amount of people who are coming to get food from them.

"The higher prices in general - gas, food - are really making their budgets stretch even more. I think there are a lot of people still recovering from the pandemic and it seems like every time something happens, it's one more setback unfortunately," Caslin said.

Caslin says the food bank feels the same pinch as people turning to them for help.

"Produce is very popular, frozen meats. About 60% of what we distribute is perishable," Caslin said.

The food bank relies on monetary donations and community food donations to be able to feed the nearly 600,000 people in their service area. Caslin says with that support, they have been able to keep up with the demand.

However, the summer months are a tricky time.

"There are 321,000 kids in our service area that receive free or reduced meals and that's a bigger stretch on the budget at a time when there are already a lot of strings on the budget," Caslin said.

Caslin says traditionally, food banks across the country see a decrease in donations during the summertime.

"A lot of kids will be counting down the 90 days until school starts again when they can access those school meals again," Caslin said.

From June 1 to July 31, the Food Bank runs a Stop Summer Hunger program. The program provides summer meals for kids at free meal sites. They also distribute family boxes to their partner agencies, as well as having direct food distribution sites in marginalized communities.

The food bank is aiming to raise 10 million meals this summer. The food bank says one single dollar can provide up to five meals of food. In June and July, every dollar donation is being doubled, providing 10 meals for a single dollar.

"We’re just trying to meet the need the best we can, that's what we always do. We’re here striving to make sure we can nourish people. We’re also working alongside that to build solutions to ultimately reduce the lines, reduce the number of people who have to go to our partner agencies," Caslin said.