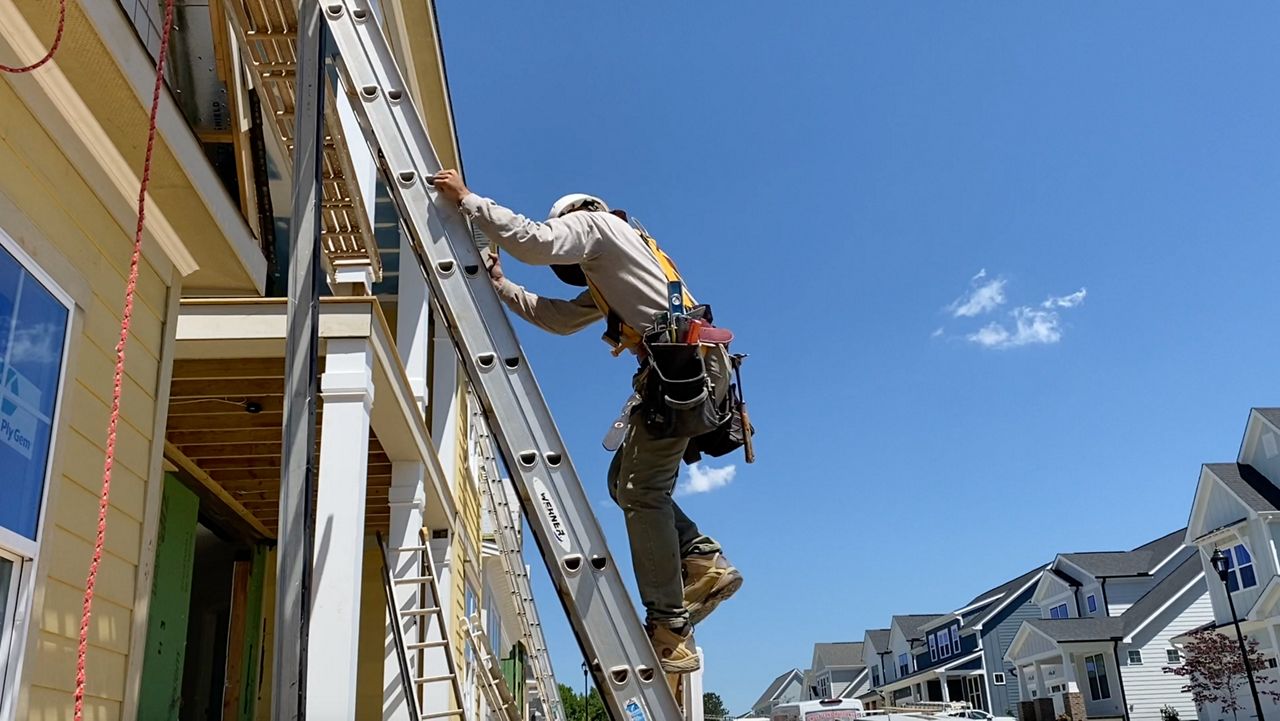 WAKE COUNTY, N.C. — The primaries are now in the rear-view mirror, but key issues for voters, such as housing, are still at the top of everyone’s minds.

According to the United States Census Bureau’s latest population estimates, between April 2020 and July 2021, North Carolina gained 112,000 people. Texas, Florida and Arizona are the only other states that gained more people during that same time. As more people move to the Tar Heel State, more housing is needed, but that’s where there’s a problem.

More housing is needed as more people move to the Tar Heel State, but homebuilders are facing challenges

The president and CEO of Homes by Dickerson says they’re struggling with cost of materials, supply chain issues and finding labor

“In the Triangle we should complete somewhere around 250 homes [this year],” said Brant Chesson, the president and CEO of Homes by Dickerson.

To know what’s happening in Wendell, all you have to do is listen to the symphony of saws, bulldozers and nail guns. Simply put, there’s a lot of construction going on. By the time Wendell’s newest community is complete, there will be as many as 4,000 homes and the need for them is extremely high.

“I think there’s been such a demand for people moving to our area, job creation and people moving out of major metropolitan areas where it’s really expensive,” Chesson said.

Chesson has been with Homes by Dickerson since 2004 and says the market was solid in 2020, but then COVID-19 hit and many homebuilders stopped new construction.

“At the beginning of the pandemic most of us have been through the housing recession before, and we understood buyer demand went away. We had no idea what the impact would be on people buying homes,” Chesson said.

When construction started back up again, finding labor and materials was a challenge, and there’s still evidence of those supply chain issues.

“I mean this home you can see from the inside is nearly complete, but we’ve got our exterior doors that have been ordered for months, and they are on backorder,” Chesson said.

They’ve even held off on pricing homes because some material costs are so uncertain.

“Because of the drastic changes in our lumber prices month over month, we typically won’t price that home until we are understanding of what that lumber price is, because the pricing is so volatile that we don’t want to make a prediction about what that home would cost until we understand that better,” Chesson said.

“Our time frames, our cycle times, for when we are building homes has increased drastically,” Chesson said.

Chesson believes the lack of affordable housing in general is a very real problem, but he also says homes for families at all income levels are needed.

“I think our big problem right now is housing affordability in every price point. Prices that people would typically see in our marketplace have gone up almost 30%,” Chesson said.

He’s hoping elected officials will step in and help create incentives to work in construction as well as address manufacturing issues.

“I think that No. 1, we need some help from our political leadership to encourage the supply chain to help bring more capacity on and to bring it at a lower cost,” Chesson said.

“Many local and industry experts nationally really think that we may see some relief in this second half of 2022. Right now it doesn’t feel that way. It feels more of the same. So we have our fingers crossed that we are going to see the manufacturers really start to deliver more product as we move into the 2023 timeframe,” Chesson said.

Chesson says Raleigh is currently the No. 1 metropolitan area in the country for decline in active listings.