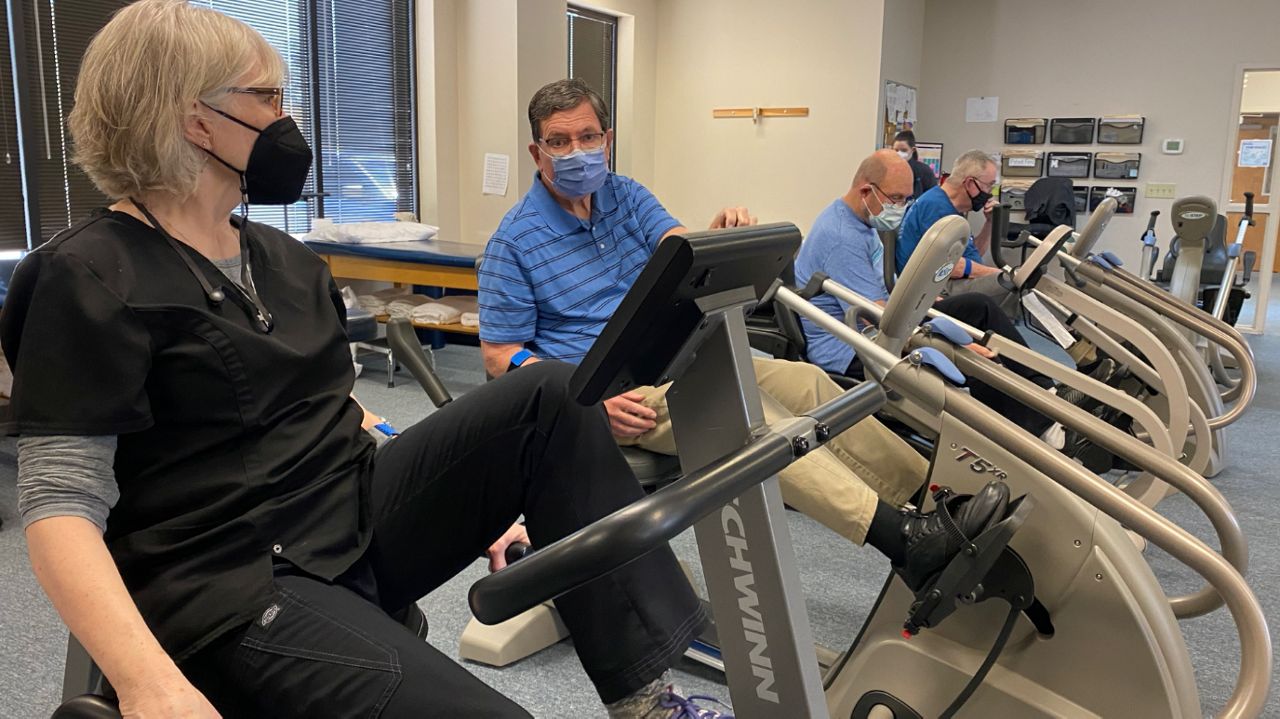 The cardio class is for all stages of Parkinson's patients.

Getting Physical: How a cardio exercise class is helping Parkinson's patients reclaim their lives

DURHAM, N.C. — While science advances across many illnesses and diseases, Parkinson’s disease is still left without a cure.

The progressive disease is different for each person diagnosed but attacks their motor skills and balance.

Jack Synder has been living with Parkinson’s disease for 10 years.

“The balance issues prevent me from walking long distances, and we’re trying to work on increasing that endurance,” Synder said.

Synder is a former navigator for the Navy and spent several years after the service doing community planning work for United Way before eventually pursuing his dream of becoming a pastor when he was 40.

“I began to notice those phases or symptoms where I would zone out for about 15 to 30 seconds. Then I knew something was going on. I was 65 at the time,” Synder said.

Synder, who is now 75, began seeing Rebecca Bliss, a physical therapist who specializes in Parkinson’s disease at Fyzical Therapy and Balance in Durham.

“I was a patient of Rebecca’s for quite a while, working on shoulder issues, back issues and also balance issues, most of all giving me hope that there is something I can do on my part to slow down or counteract the progression of Parkinson’s,” Synder said.

Bliss started a cardio based exercise class in January that was open to people with all different stages of Parkinson’s.

Synder was an inaugural member of the class. Bliss says he improved his time walking on the treadmill from a few minutes to being able to walk for 20 minutes.

“No matter what stage you’re in, maybe you’re early diagnosis, maybe you’re midway or later, you’re having some falls, there are studies that show if you’re able to start an exercise habit with a physical therapist, it’s going to improve your quality of life in the future years,” Bliss said.

Before becoming a physical therapist, Bliss was a dancer.

“I think my background in dance also is part of what drew me to working with Parkinson’s. Parkinson’s is considered a movement disorder and I just love helping people find their balance and find some of that movement again,” Bliss said.

The disease she is helping her patients battle daily is the same her grandfather suffered from.

“It helps me have more empathy for patients that I work with and what their families and family members are going through,” Bliss said.

The class is three days a week for one hour during lunch. Bliss monitors each participant’s heart rate during the class to ensure they’re not pushing past their limits but still working in a zone that can help them significantly.

For Synder, the class has helped him continue to do the things he loves the most, like walking his dog and performing in his church choir.

“Not every day is roses, there will be down days… I am very optimistic, I can’t imagine where I would be or how I would be hobbling differently if they weren’t here to take interest,” Synder said.

Parkinsons’ affects nearly one million people in the U.S.