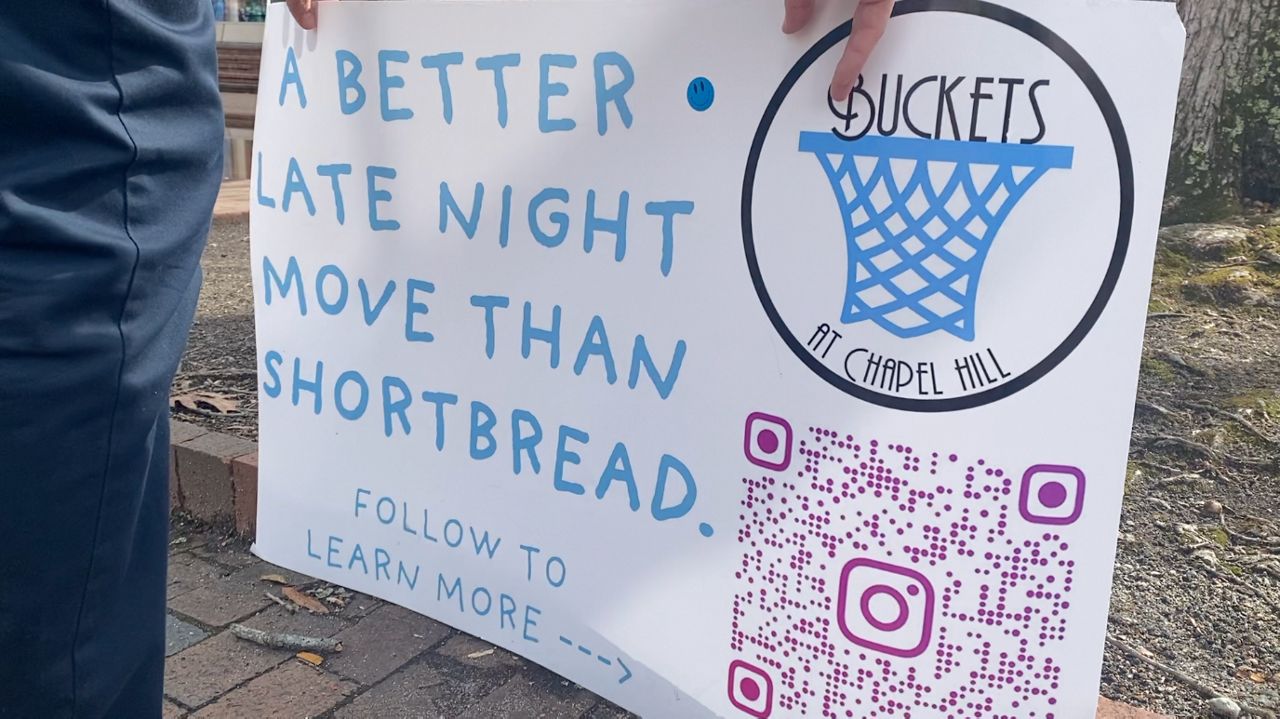 CHAPEL HILL, N.C. — William Gerstein is known as “The Wing King.” In between classes, Gerstein can be found in business meetings or promoting his new late night food concept, Buckets at Chapel Hill.

Will Gerstein is a sophomore at UNC Chapel Hill

A percentage of each meal is donated to charity

“The biggest challenge is balancing being a student and running a business,” Gerstein said.

The 20-year-old sophomore is a business major at UNC Chapel Hill. He says his passion for entrepreneurship comes from his family.

“My dad has been in business his whole life, my mom is a teacher, but even with that, she has started her own tutoring businesses. Ever since I was three or four, every memory I have of like dinner was talking about business,” Gerstein said.

Gerstein took notice when the COVID-19 pandemic began fueling the take-out industry. At the time, he was working at Subway. Using the money from his minimum wage gig, he opened his first venture, Bucket Wings in his hometown of Wisconsin during his senior year of high school.

“It was very cool that a bunch of 18 year olds created probably the most successful business in our area, and then, so, here in Chapel Hill, I am trying to do the same thing. So, I am working with a handful of youth entrepreneurs,” Gerstein said.

After coming to Chapel Hill, he noticed a hole in the options for late night food for hungry college students. He saw the perfect opportunity to bring his concept of Bucket Wings to the university when a temporary rental spot opened up at the Blue Dogwood Market on Franklin Street.

“What we’re doing is a little five-week experiment. I just want to test the market, and see if this is truly something that my fellow classmates and the town of Chapel Hill wants,” Gerstein said.

Buckets will open at 9 p.m. and operate as a take-out restaurant. Customers will be able to scan a QR code outside the restaurant to place their order.

Gerstein partnered with athletes and coaches at UNC to name different menu items after them.

“A portion of their meal goes to an association of their choice. We are trying to create a space that's in the community, giving back and there’s no way of telling if it will work until we do it so that's what the four weeks are for,” Gerstein explained.

As a member of a fraternity on campus, Gerstein teamed up with different student organizations as well.

“We will donate 15% of all of the money they [the organization] spend at the restaurant to a charity of their choice, giving them the charity of choice they want to donate too,” Gerstein said.

The student entrepreneur is using the money he made from his original restaurant in Wisconsin to front his business here in Chapel Hill.

“Luckily that business has done well, so I am in a position to be able to fund this venture by myself. So, this is 100% bootstrapped by me, it's all me,” Gerstein said.

At the end of the four-week trial run, Gerstein says he and his team will evaluate if Buckets can stick around permanently in Chapel Hill.

“I will get together with the people that help me and make a decision if we want to keep it going for the long term. I am a student, this is going to be a lot of long nights, but if the demand is there we are going to keep it,” Gerstein said.