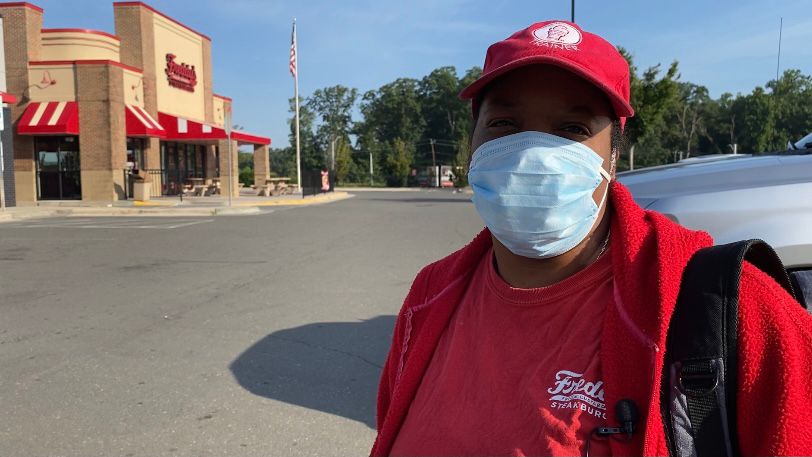 Fight for $15: A low-wage worker's story

DURHAM, N.C. — Through refusal to work the jobs or walk-outs while on the clock, low-wage workers are fighting for higher wages.

The federal minimum wage has not been increased since 2009

Ieisha Franceis started working at Freddy's Frozen Custard & Steakburgers at the beginning of the pandemic. She was working as a nurse's assistant at a nursing home before this gig, but she says when positive COVID-19 cases started to climb at that job, she had to make a decision.

"We're trying to figure out if the light bill is going to get paid versus the water bill," Franceis said. "How long do we have before the light company sends a shut-off notice? Do we have time before the next paycheck?"

Franceis is one of hundreds of workers fighting for $15 to be the new minimum wage. She is also fighting for a union and a safe place where she knows she and other workers will be protected.

Franceis, with a family to support, says it's a fight she will continue to have in person every day.

"I just want every low-wage worker in the world to know that you run these businesses," Franceis said. "These businesses don't run without you, without your skill, without whatever you add to that business on a day-to-day basis ... stop letting them manipulate you."

Spectrum News 1 reached out to Freddy's, and but the business has not responded.