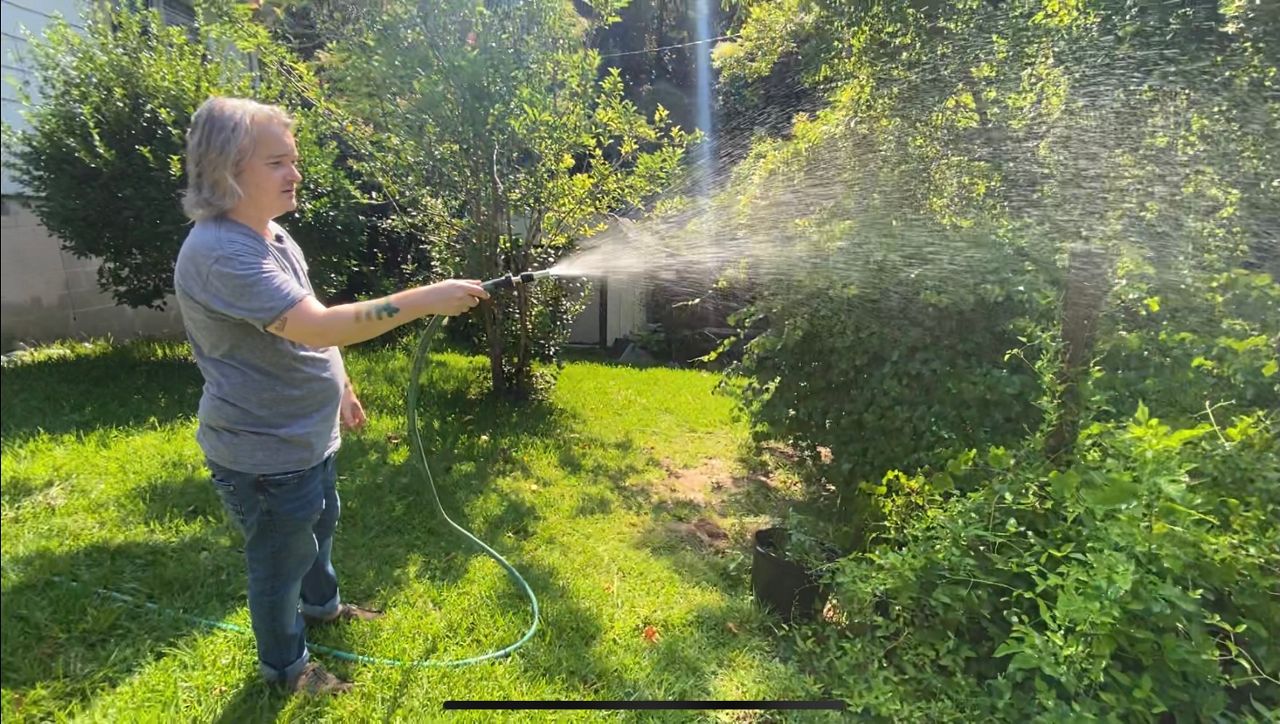 RALEIGH, N.C. — When a Raleigh man’s neighbor died last month, he thought of a way to keep her memory alive while giving back to the community. A garden was the perfect idea.

She was private and independent, so not much is known about Hulen.

“She didnt share a lot of information. I did know that even at her very advanced age she wanted to continue driving," Alan said.

Hulen was born in 1915. Last month, Alan found the centenarian in her garden.

“So, we take heart in the fact she passed away doing what she loved," Alan said.

For the three years Alan lived next to Hulen's house on Bethune Drive, he's seen her in her garden nearly everyday.

“She wouldn’t garden for herself, she'd garden so she could provide food for other people. She used to donate it to her church, which we're gonna try to continue to do that," Alan said.

Today, Alan and his granddaughter are doing just that. They picked fruits and vegetables from Hulen’s garden and are preparing to donate them to Hulen’s church.

“We have squash, we have grapes, we have corn, we have watermelon," Alan said. “Things are growing like wildfire so we need to keep up with it."

Alan said Hulen would load up her yellow truck with donations every Sunday and drive them to her church.

“We heard her waking up and revving up the truck," Alan said.

With the help of his family, Alan is laser-focused on continuing Hulen’s kind tradition.

“I think she'd be very happy that someone has taken the initiative to keep this up for her," Alan said.

Alan also helped Hulen publish her first book. It's a book of poems she recently wrote in the middle of the night.

The book, titled "A Collection of Original Poems," is available for purchase on t-rextra.com.