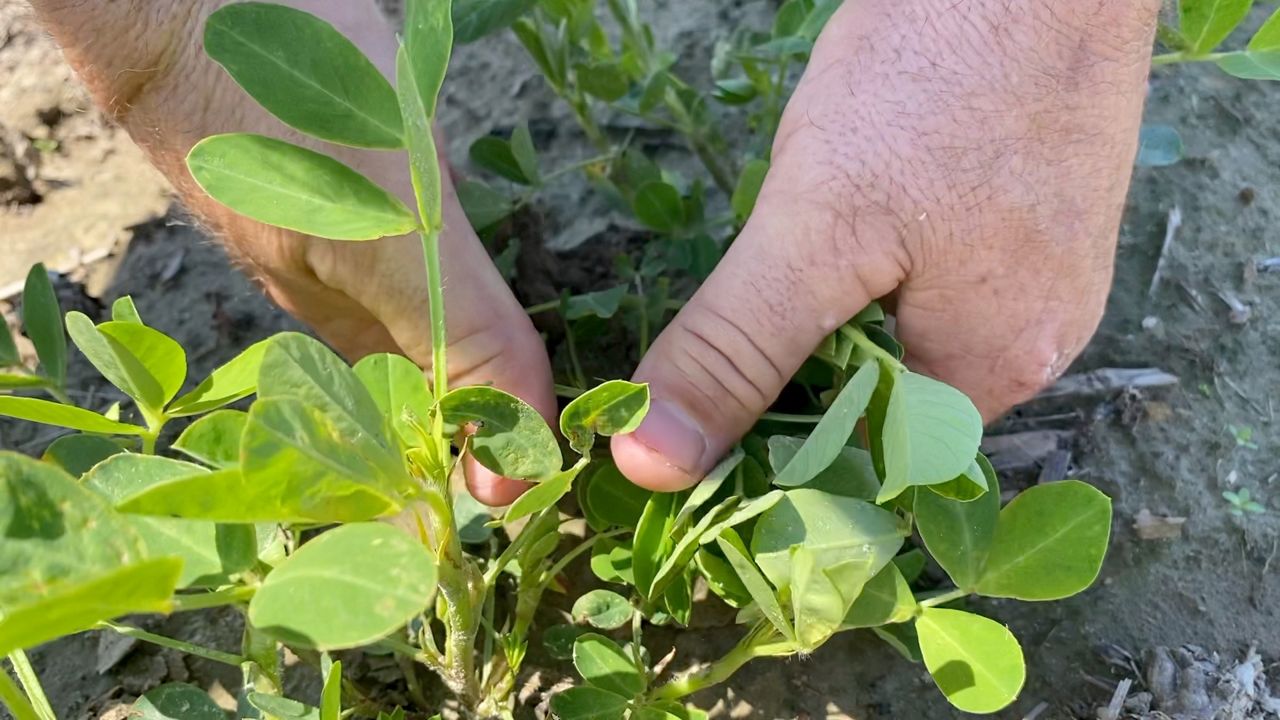 RALEIGH, N.C. — Agriculture is North Carolina’s number one industry. According to new data from N.C. State, farming, forestry and fiber generated more than $90 billion in 2019.

Agriculture generated more than $90 billion for state of N.C. in 2019

Food industries, fiber, and forestry included in the agricultural industry

Soybean, corn and peanuts are major crops in North Carolina. More than 400 million pounds of peanuts are produced each year, making the state the fifth largest producer in the country.

At Ward Farms in Clarkton, Dan Ward carries on his family’s tradition of growing some of the state’s major crops, including peanuts. Peanuts were added as a crop on the family’s land in the late 1960s.

Ward plants the inside of the peanut, the part we usually eat. The crop is then harvested and processed and sent to manufacturers or other plants to be turned into candy, peanut butter, or even ball park peanuts.

Ward said the peanut is the state’s most sustainable crop.

“Peanuts are able to flourish without irrigation. They can withstand heavy rains like hurricanes without the risk of losing the crop,”  he said.

Ward said the younger generation taking over the farms like he did with his father is what keeps the state’s agricultural industry booming.