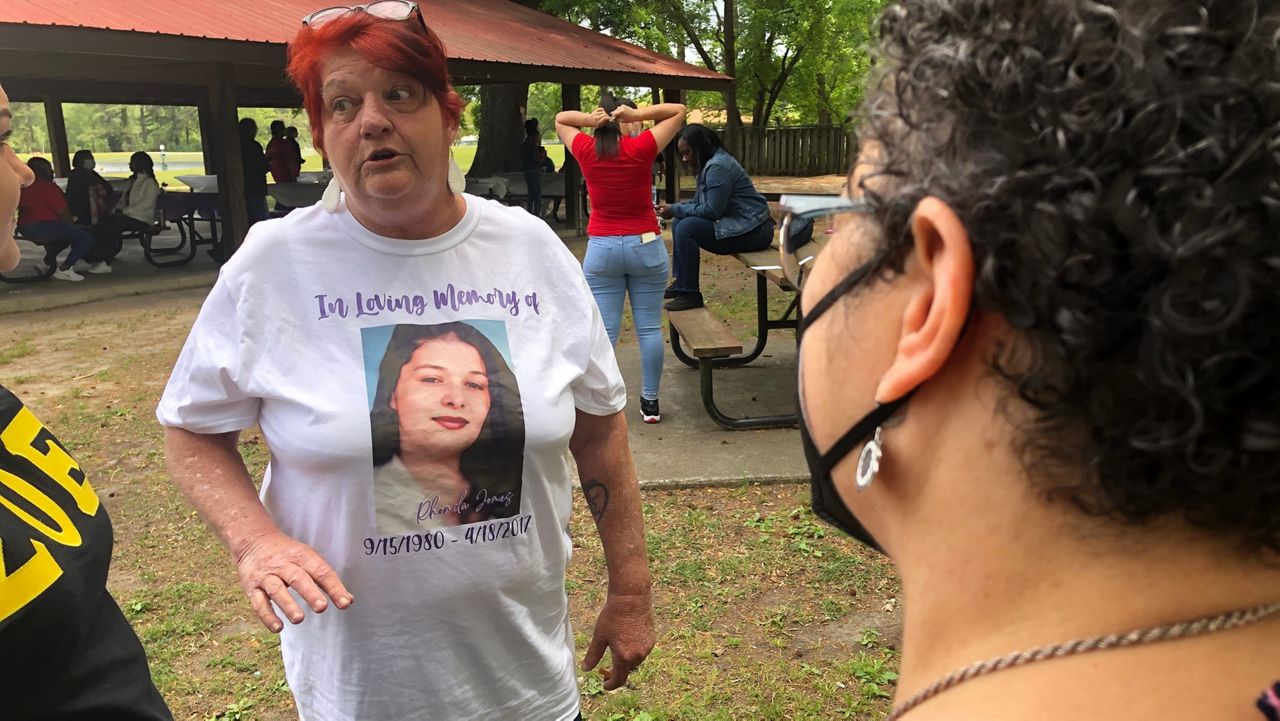 LUMBERTON, N.C. — The past four years have been beyond hard for Sheila Price. That’s how long she’s had to deal with the pain from the death of her daughter, Rhonda Jones.

"I just miss my baby," Price said as she fought back tears. "I wished I could have saved her."

Back in April of 2017, Jones was found dead in a Lumberton neighborhood. On that same day, not far away, another woman, Christina Bennett, was also found deceased. Both deaths were considered suspicious.

A couple of months later, about two blocks away, a third woman, Megan Oxendine, was also found dead. Again, authorities called this another suspicious death.

In those four years, while many leads have been pursued, no charges have been filed in any of the cases.

On Saturday at Luthor Britt Park, a commemoration was held to remember all three women.

"It don’t get no easier when you don’t have any answers," Price said.

Her daughter was the mother of five children. Price said while Rhonda Jones had some personal struggles, she had always been a good mother to her children and was a good person.

The FBI is offering a $40,000 reward for information that helps determine what happened to the three women.