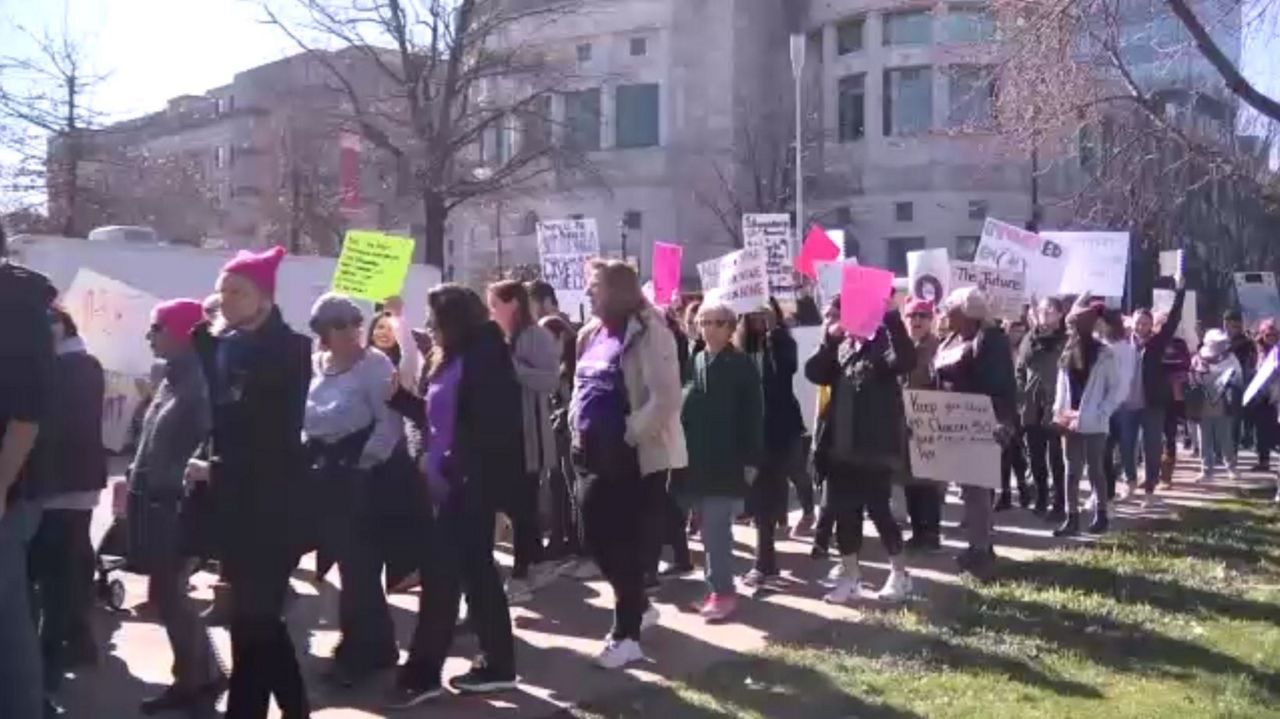 'You Have to Keep Going': Hundreds Participate in Women's March in Raleigh

RALEIGH, N.C. -- More than a thousand women and men took to the streets of downtown Raleigh for the annual women's march, Saturday.

Signs were held and chants reverberated while speakers discussed injustices they feel plague our country. Some participants feel that 2018 was a challenging year for women's rights. Others say many things went in the right direction for those who are typically oppressed.

"I hope that in 10 years’ time, white supremacy and the patriarchy are greatly diminished," John Wilson said while marching with his daughter.

“We had the most recent midterms, there was just a wave of women that got elected here in the state and around the country. We saw a lot more people of color and we even saw religious diversity in those who were elected as well which is a big deal for us, making sure people of all religions are treated with equal respect and given the same amount of voice to participate in democracy,” Kelsea Mclain, director of community outreach for A Woman's Choice, said.

This is a sister march of the annual Women's March on Washington which attracted an estimated 1 million people to the nation's capital last weekend.
Spectrum News Text and Email Alerts Sign-up