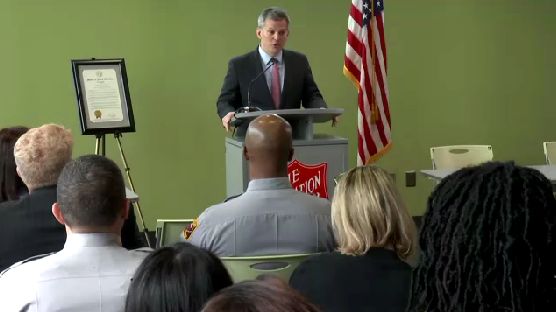 RALEIGH - "North Carolina is believed to have one of the top 10 highest rates of human trafficking in the nation," says Libby Magee Coles.

Coles is the Chair for the Human Trafficking Commission. She explains, "Experts estimate that it's a $150 billion dollar industry worldwide and, unlike drugs, people, our neighbors can be sold again and again and again."

According to North Carolina Attorney General Josh Stein, 1,200 victim/survivors were identified in the state in 258 cases of human trafficking in 2017.

"There was a dramatic increase in the number of criminal rings that were busted last year and the number of victim survivors identified here in North Carolina. And I think that's actually a good thing cause we know that there are thousands of people who are suffering from this crime right here in North Carolina right now, those people need to know that there are resources there to help," says Stein.

Stein also wants citizens to be on the look out for warning signs someone may be in distress, "We all need to understand better. When you see somebody looking down who is furtive, who appears scared, who doesn't have money, who doesn't have a cell phone but is being directed by somebody. They're all tell tale signs of control and that's what human trafficking is about. One human being takes over control of another person's life and it's tragic."

And there may be reasons why North Carolina is more vulnerable to this problem than other states.

"North Carolina has a few features that makes it a place where human trafficking occurs. One is we have a lot of people. Two is we have a lot of interstates so it's easy for these people to be shipped up the east coast and east to west. We also have military installations. So when you have places where truck stops, or military installations, where sex trade might occur, that's where you're going to see a lot of human trafficking. We also some agriculture. We have a big agricultural industry so there may be some labor violations that occur."

Going forward Coles says, "Human trafficking is a human rights issue, its a public safety issue, and it's a public health issue."