Scenes from space: Full supermoon and a total lunar eclipse

The celestial views these past few weeks have been stunning, including the planets on parade, and this month’s full moon will be a sky spectacle.

This is not just a regular full moon, it’s considered a supermoon. If that weren’t exciting enough, this month the full supermoon coincides with a total lunar eclipse.

The best part, you don’t need fancy equipment to view this event, just your eyes and an unobscured dark sky.

The orbit of the moon around the Earth is once every 27.33 days. It does not follow a perfect circle for orbit, so it may be closer to the Earth during various points along its orbit.

When it gets between the sun and earth in its orbit, we see a new moon, or no moon. A full moon happens when the moon, during its orbit, is on the opposite side of the sun.

According to NASA, when the full moon is at perigee, it appears brighter and larger than other full moons.

With this appearance, the term “supermoon” was coined by American astrologer Richard Nolle in 1979.

Nolle used this term to describe both the new moon and full moon when it was at or close to perigee, however, the latter as the supermoon is the one that caught on in popular culture.

As the saying goes, “full moons bring out craziness,” Nolle hypothesized a supermoon would cause an increase in severe weather and earthquakes. However, there is no evidence of a connection.

When May’s full moon comes to peak on May 15 at 11:15 p.m. CDT, it will appear about 7% larger and 15% brighter, says NASA. With this cool sight, it would be only fitting for it to have a unique name.

The May full moon name, according to the Old Farmer’s Almanac, is the flower moon, which was denoted because of the abundance of flowers growing this month in North America.

The name dates back to Native American tribes, Colonial Americans, and even some European sources. Other names for this month’s moon include the corn planting moon and the milk moon.

This event is quite special with the full moon coinciding with it being a supermoon. Yet, what makes it even more amazing is that this event also occurs during a total lunar eclipse, making it not just a full supermoon, but also a full blood supermoon.

A total lunar eclipse happens when the Earth is located directly between the Moon and the Sun. This placement has the Earth casting its shadow on the Moon, fully obscuring the moon. 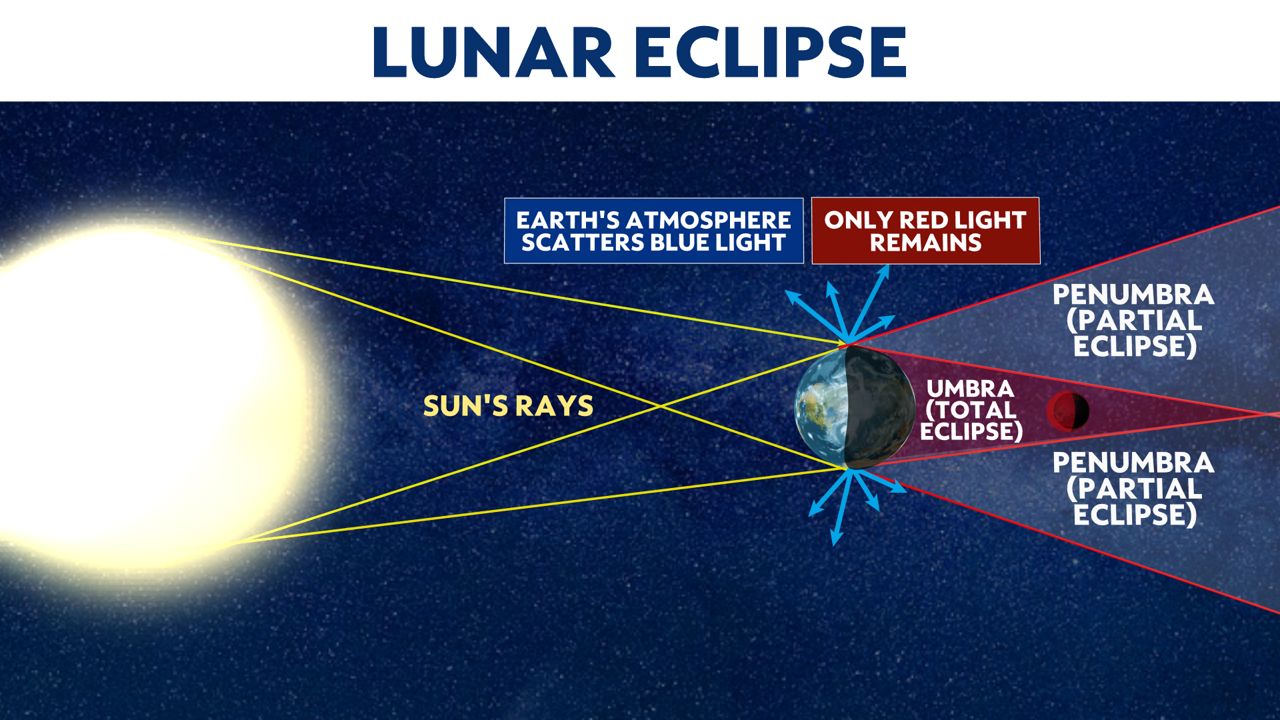 During this process, the Earth’s shadow gives the moon a reddish hue. This appearance has some referring to the moon as a “blood moon.” 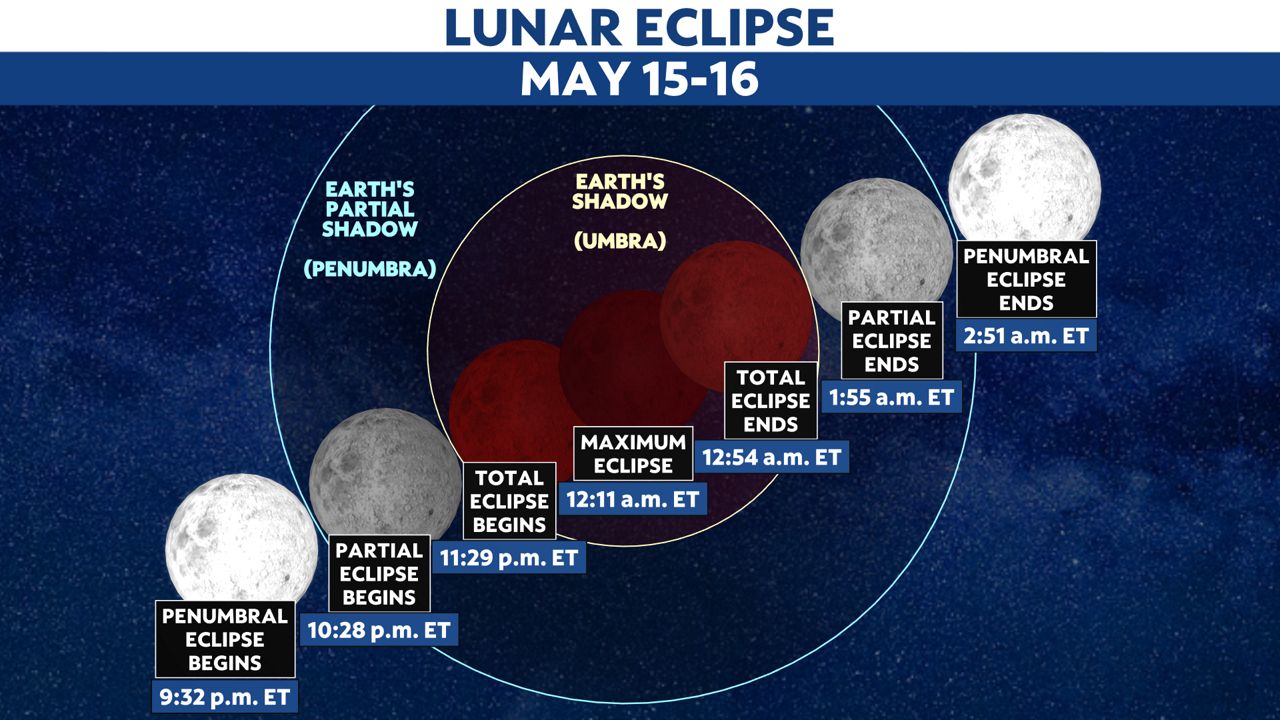 Want to view it at unique place? The public can come out and enjoy this spectacular event from the outstanding viewing position next to the Elephant Rock. The after-hours event is happening from 8:00 p.m.—1:00 a.m. CDT.

Be sure to check the radar before heading out to an event. The forecast for Sunday evening calls for showers and storms as a cold front crosses. The big question is, will the clouds decrease in time for the big celestial event in our area?