Why storm surge can be the deadliest part of a hurricane

When you imagine a hurricane, one may think about the strong winds and pouring rain. But others, especially for those that live by the coast, may first think about storm surge.

Storm surge doesn't move onto land like a "wall of water", but more so in a gradual process. Storm surge is the water level rising onto land, in some cases several feet in just a few minutes.

Forecasting the amount of surge has improved over the years, but more is needed to narrow down timing. Meaning the storm surge can move in unexpectedly, so you may not have as much time before flooding strikes. 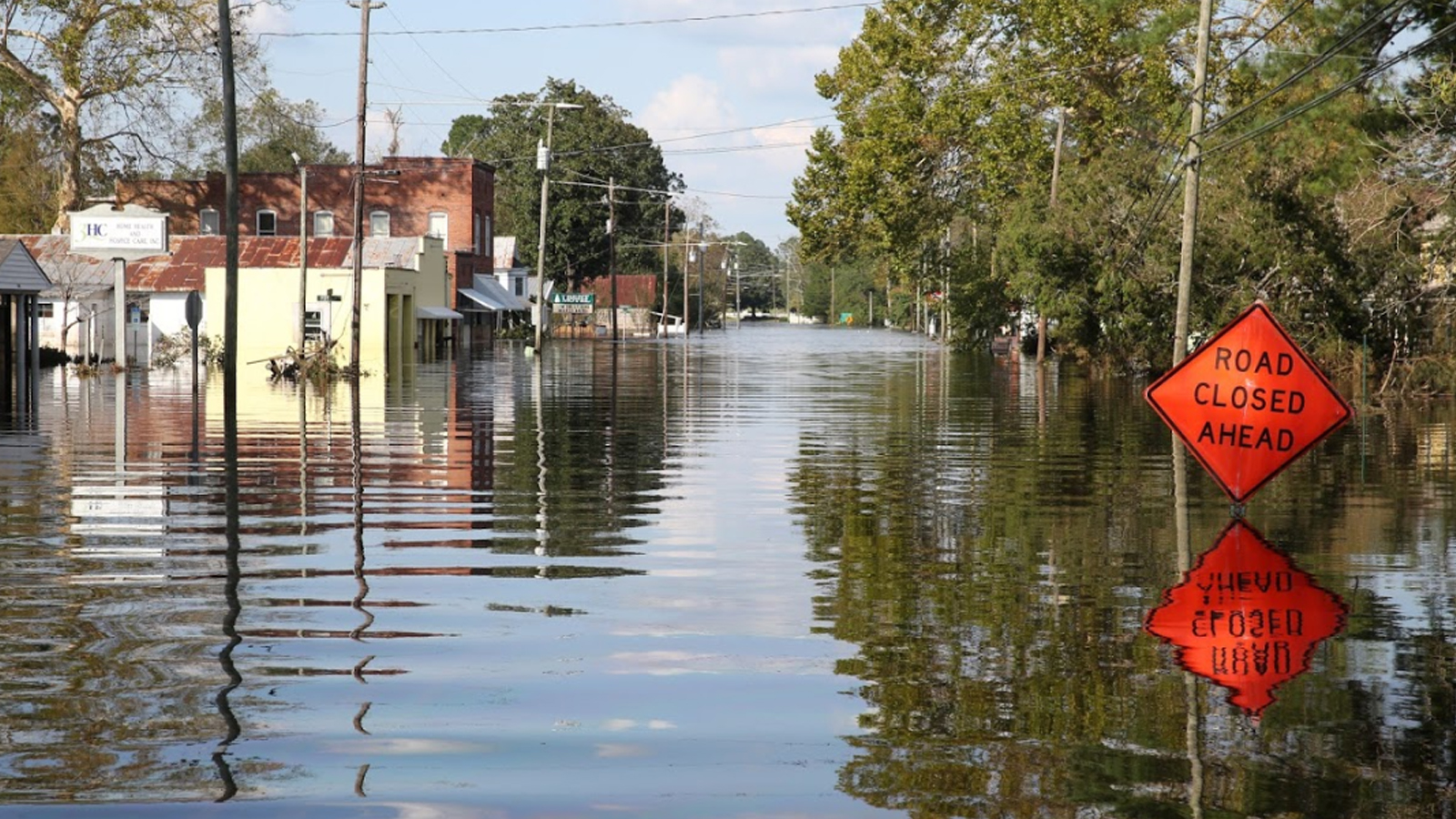 By definition, storm surge is an abnormal rise of water generated by a storm, over and above the predicted high or low tides.

Oftentimes storm surge is confused with storm tide. Storm tide is the water level rise due to the combination of storm surge and the tide. 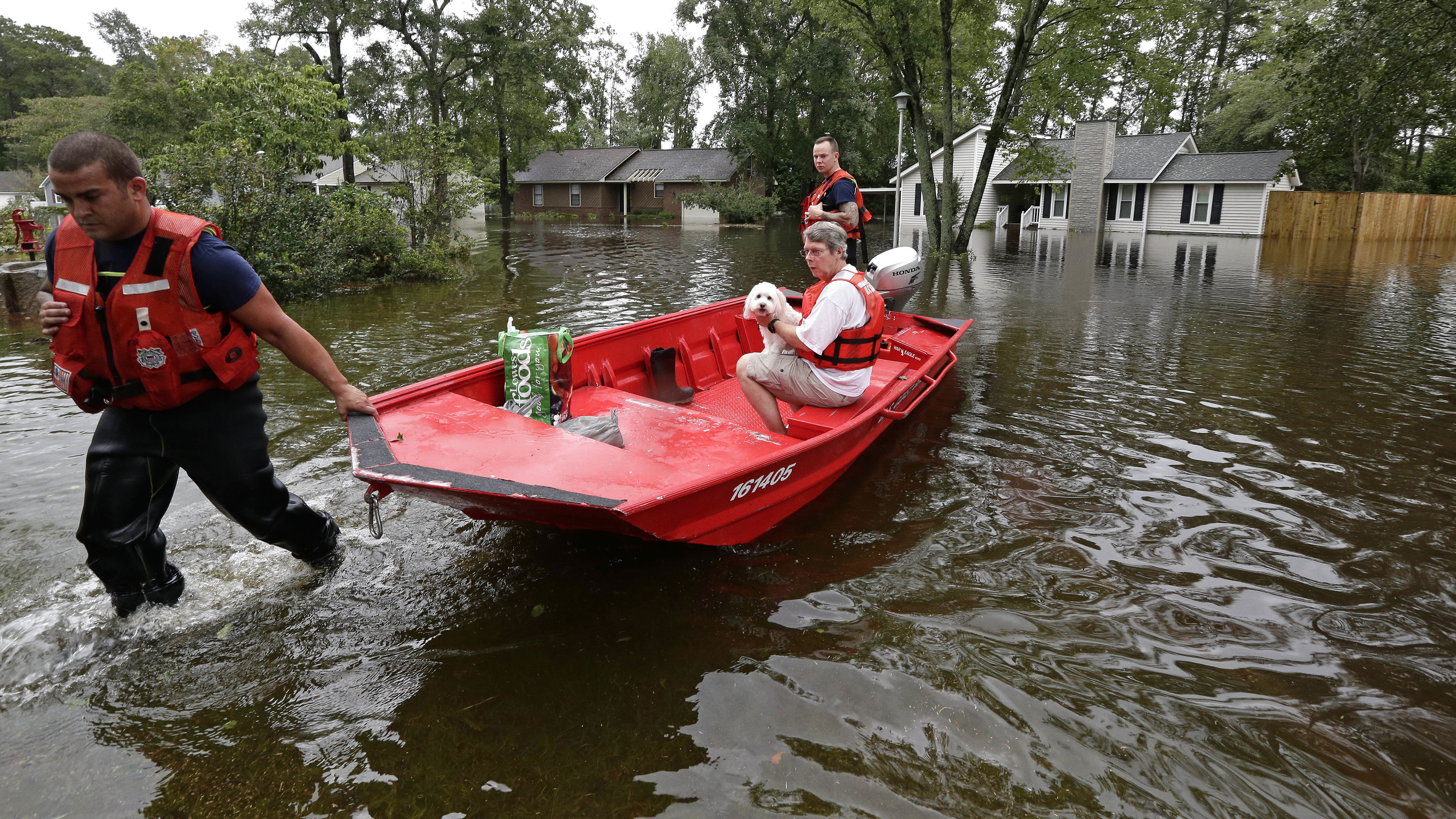 Storm surge; also known as coastal flooding, arguably is the biggest threat to life and property for residents near the coast.

Take Hurricane Florence for example. The 2018 historical storm produced a record breaking storm surge of 9 to 13 feet across eastern North Carolina. Some of the hardest hit areas were the Outer Banks, New Bern, Jacksonville, and surrounding areas.

STORM SURGE - WHY DOES IT HAPPEN

Storm surge is a byproduct of a tropical cyclone's wind, pushing water onshore several feet above the normal tide.

Storm surge can trap people in their homes, wash away roads and houses. One-foot deep storm surge can sweep your car off the road, and even 6-inch surge is hard to stand in.

Also, remember the rising water isn't just water. Often time debris like trees and pieces of buildings are carried by the water. These pieces of debris can act like torpedoes and cause damage to anything in their way.

The larger the area of tropical storm-force winds (winds of at least 34 mph), the more potential for winds to push water onshore. The more water pushed ashore increases the impact from the storm surge.

So going back to using Hurricane Florence, the Category 1 storm created storm surge damage equivalent to a Category 5 hurricane.

At its peak just before landfall, the 500 mile-wide storm had an area of tropical storm force winds that was 300 miles wide. The combination of strong winds, size and slow speed prompted the National Weather Service to forecast 9 to 13 foot storm surge forecast.

Sadly, that forecast became a reality for the the coastal plains and the Outer Banks. 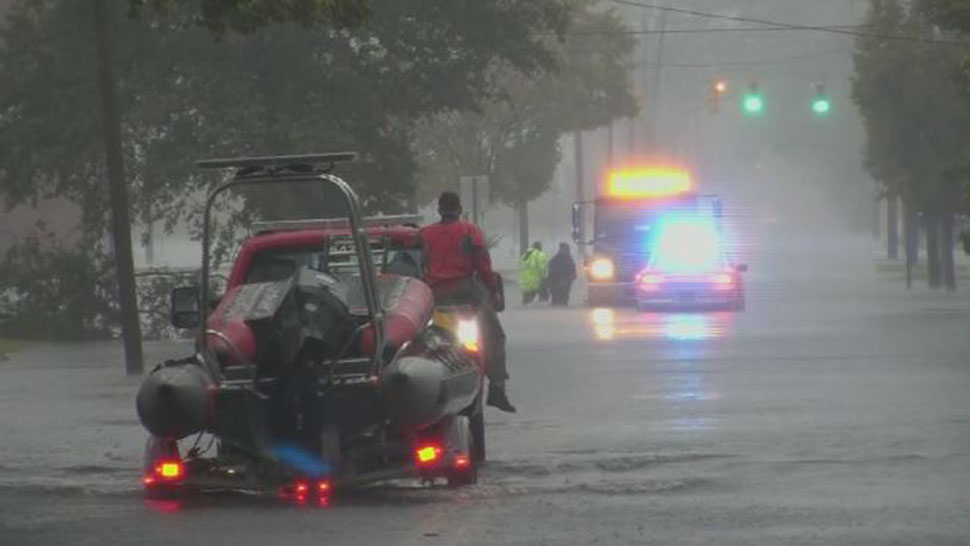 STORM SURGE - WHAT TO DO ABOUT IT

Preparing for storm surge falls under the preparation for a hurricane. Tune in regularly to the latest  forecasts, have a storm kit with all needed supplies, and be prepared to evacuate when ordered to or when you do not feel safe from the approaching storm.

Building a storm-ready home is another way to take action to battle storm surge and hurricanes in general. This is a more expensive tactic, but may prove valuable in the long run.

A few storm-ready practices that could help a home are:

Preparing for tropical systems can start now while the weather is calm. Prepare so you're ready to act if and when a storm arrives.