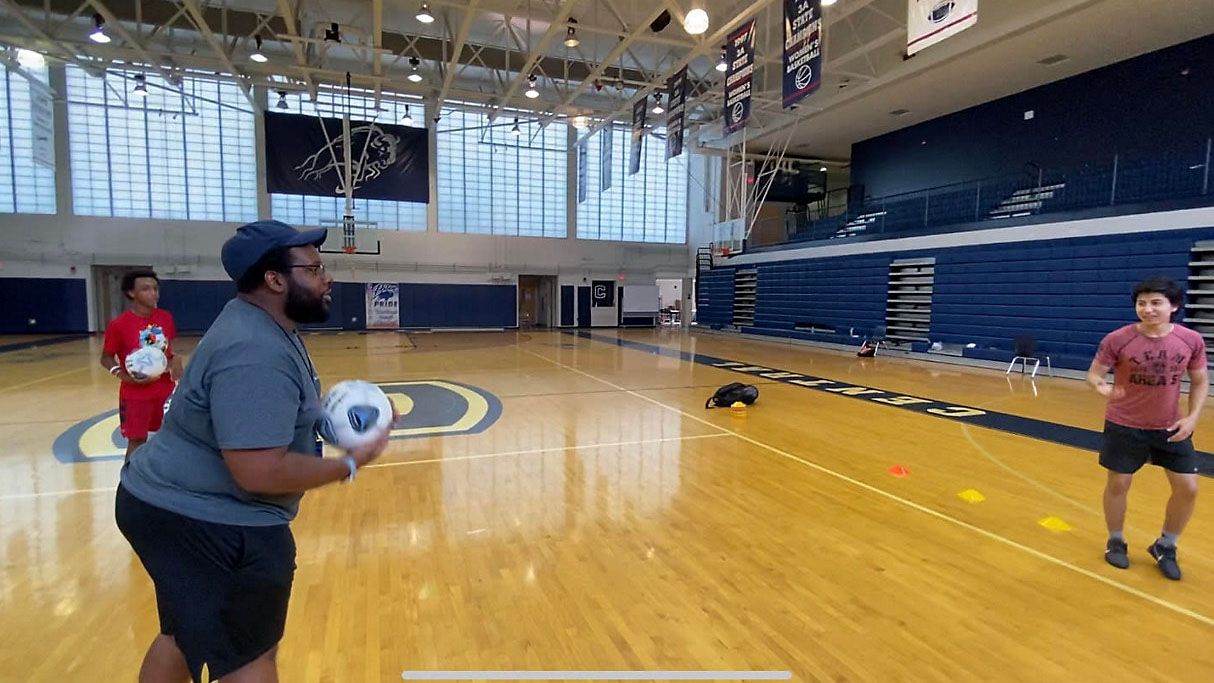 HIGH POINT, N.C. — As schools across the state are trying to beef up security to keep faculty and students safe, one county is bringing in new technology that scans people going in and out of the school.

But one teacher has concerns about the new touchless scanners.

Bruce Blackwell is the head soccer coach for High Point Central High School, and he also teaches history and a few other courses. It's something he’s been doing for the past seven years.

“If my heart isn’t into it, I would stop doing it. And I haven’t gotten to that point. There is always something that reinvigorates that little spark, so that's what, kind of, keeps me going,” Blackwell said.

He says sports helped change his life when his mother passed away when he was young, forcing him out his shell. Now, he wants to help his students with that.

“It’s a passion, and I think the students can realize it, so they’re able to perform, I think because I actually care, and a coach that cares is different from a coach who is just there for a paycheck,” Blackwell said.

High Point Central announced that the school will be a site for a pilot program for touchless scanners this summer.

But he’s concerned this pilot program is being placed at Central High because of the school’s past.

“Where there’s a gun on campus, there’s a shooting on campus. There was a riot years ago before I got here. So High Point Central always gets that image,” Blackwell said.

And he has concerns about spending money on the new scanners, as he feels other safety measure should have been taken first.

And he has questions about what the standards are if there is a malfunction, and who takes care of it.

“Years ago we had a kid who fired a firearm in the cafeteria door. You know how long it took that thing to get done? It felt like two months, and I said if it was at another school it — just like that they would have fixed it,” Blackwell said.

He thinks for the program to be a success, there should be a plan for all schools across the county, and he believes these scanners should be at all doors leading into the school.

“Because I don't know, again, if it’s just all the main entrances or all the doors to the school or just the main two, because it’s nothing for a kid to prop a door open and then let their buddy in and their buddy got whatever on them,” Blackwell said.

He hopes they hammer out the kinks before the school year begins, because the safety of his students means a lot to him, and he wants things to be done right for them.

The school district says if the pilot programs at Smith High School and High Point Central are successful, the scanners will be placed into all traditional Guilford County high schools.

Mecklenburg County already has touchless scanners inside all its high schools.