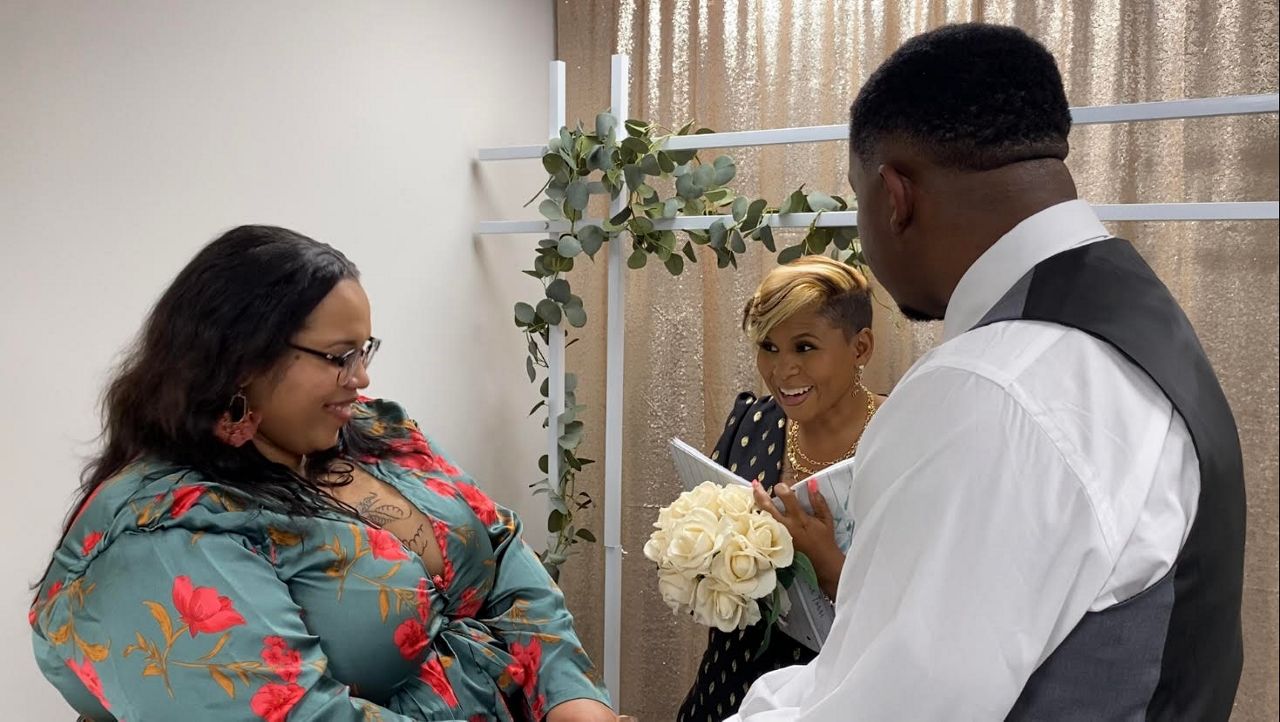 GREENSBORO, N.C. — It’s wedding season and many couples in North Carolina are struggling to get married due to a wait list. One North Carolina woman is becoming an alternative for those who can’t afford the big wedding and don’t want to wait.

Torri Moore became an officiant in 2019

Guilford County turned marriage ceremonies over to the magistrates office

Moore has married more than 600 couples

Torri Moore became an officiant in 2019 after her aunt and uncle asked her to marry them.

“So, they ended up getting married at the Wake County Detention Center at the jail, and from that moment on, I said I will never ever allow anybody on my watch to get married at the detention center,” Moore said.

She now has her certification and does mini ceremonies for those who don’t want a big wedding or to wait to get married at the justice of the peace. She calls her service "Tie the Knot With Torri."

“To go before a judge to do anything, nobody wants to do that. So to have one of the most important days of your life that has to last forever to have a connotation like that, I wanted to change that,” Moore said.

Courthouse weddings in Guilford County have now been turned over to the magistrates office and because of COVID-19 it is only able to do six weddings twice a week.

“And they cannot get an appointment at the courthouse for right at the deadline, and they kinda wanna plan and do things like that, so that’s why this is a great alternative,” Moore said.

It’s personal to her as she and her husband were married at the courthouse years ago.

“I give a questionnaire, so no matter how big or how small I will say something personal about their ceremony. I think that makes it special, that’s what they won’t get at the courthouse,” Moore said.

And with every ceremony she does, she adds that special touch. Moore says she has been able to help more than 600 couples since she got started.

The final step is sending off the licenses of love with all the signatures to have all love stories made fully legal.

Because of COVID-19, appointments were put in place for the wedding ceremonies, where as before it was first come, first serve, and the appointments are causing delays.

In Mecklenburg County they’re able to do four appointments on Mondays and Fridays.