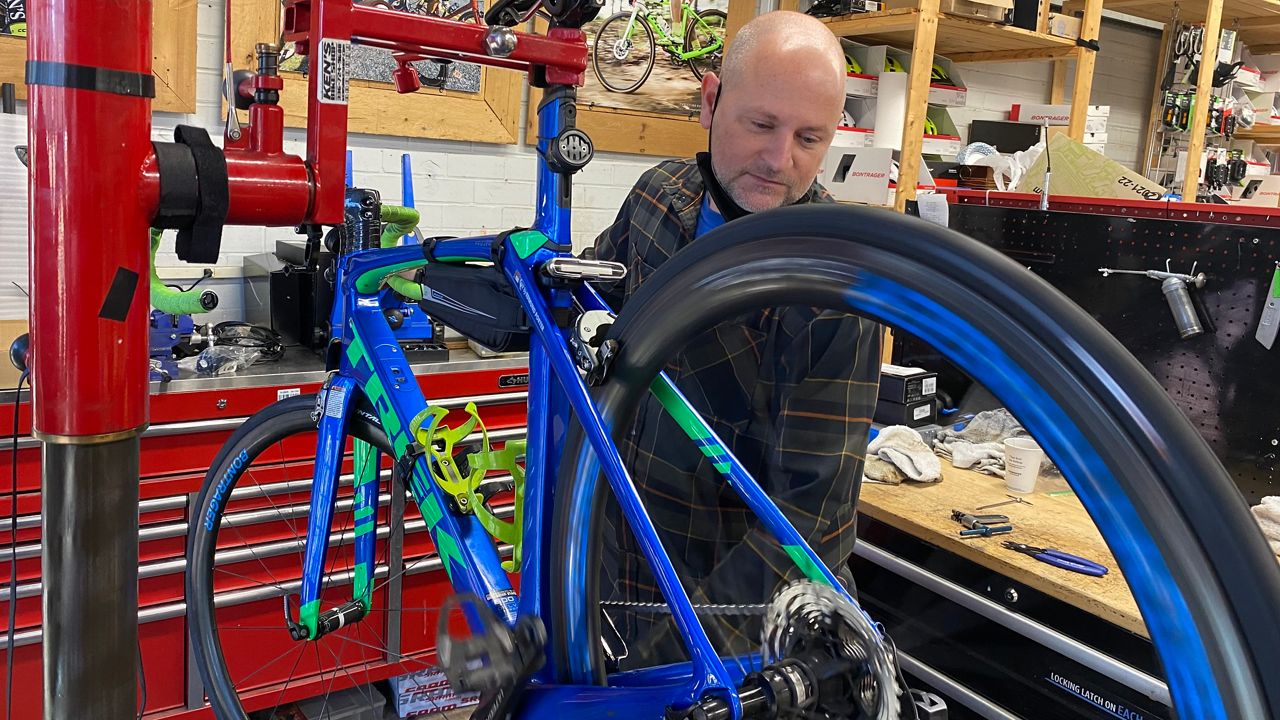 WINSTON-SALEM, N.C. — Matt Canter has been cycling since 1989. There’s something freeing about getting lost in the biker’s high.

“You can be in the worst mood in the world and get on your bike and go for a ride,” Canter said. “When you get done, everything’s gone and you feel great.”


Unfortunately for the cyclists in the state, they can’t get too lost.

“You got to have your head on a swivel,” Canter said.

On average, car accidents kill or injure over 1,000 cyclists every year in North Carolina, according to the NCDOT. The need for safer bike lanes pretty much never ends.

“Everywhere, it would just make everybody get along so much better if cyclists had a great place to go, that they knew was going to be safe and the motorists would be a little more at ease with less congestion on the road,” Canter said.

He has a personal connection to road safety. His friend, Robert Jordan, nearly lost his life after two hit-and-runs in two weeks on Reynolda Road in Winston-Salem in 2019.

“After Robert was hit, it really stresses the fact that one person’s bad judgment can completely change another person’s life for the worst,” Canter said. “He went through so much therapy just to get back to a state that he could function as a human being, and all out of someone else’s negligence.”

That accident is when he first heard about Watch for Me NC.

“I think I was first made aware of it when one of our customers and friends was struck by a car on Reynolda Road and left for dead,” Canter said.

We had a GREAT stretch of weather toward the end of last weekend. You might see more cyclists out on the road.
Related, Watch for Me NC is a program that gives resources to both local gov’ts and cycling shops to decrease accidents. The deadline to apply is Friday.@SpecNews1Triad pic.twitter.com/BWKIV3tADC

Watch for Me NC is a state program that aims to cut down on the number of cyclist deaths. Oftentimes, it relies on local bike shops to help spread awareness. Canter co-owns Ken’s Bike Shop in Winston-Salem, and he’s been doing outreach since the accident in 2019.

The program works with law enforcement to encourage better visibility, and it provides education to cyclists and drivers — like some measures you can take to stay safe.

“Bright clothing, especially things that are higher up on your body. The helmet, if you have a white or neon helmet, makes a huge difference in your visibility,” Canter said. “Then, there are a slew of extremely bright, very compact, USB-rechargeable lights out there.”

Watch for Me NC is offered in communities statewide. If you’re interested in applying for it, the application closes on Feb. 18.