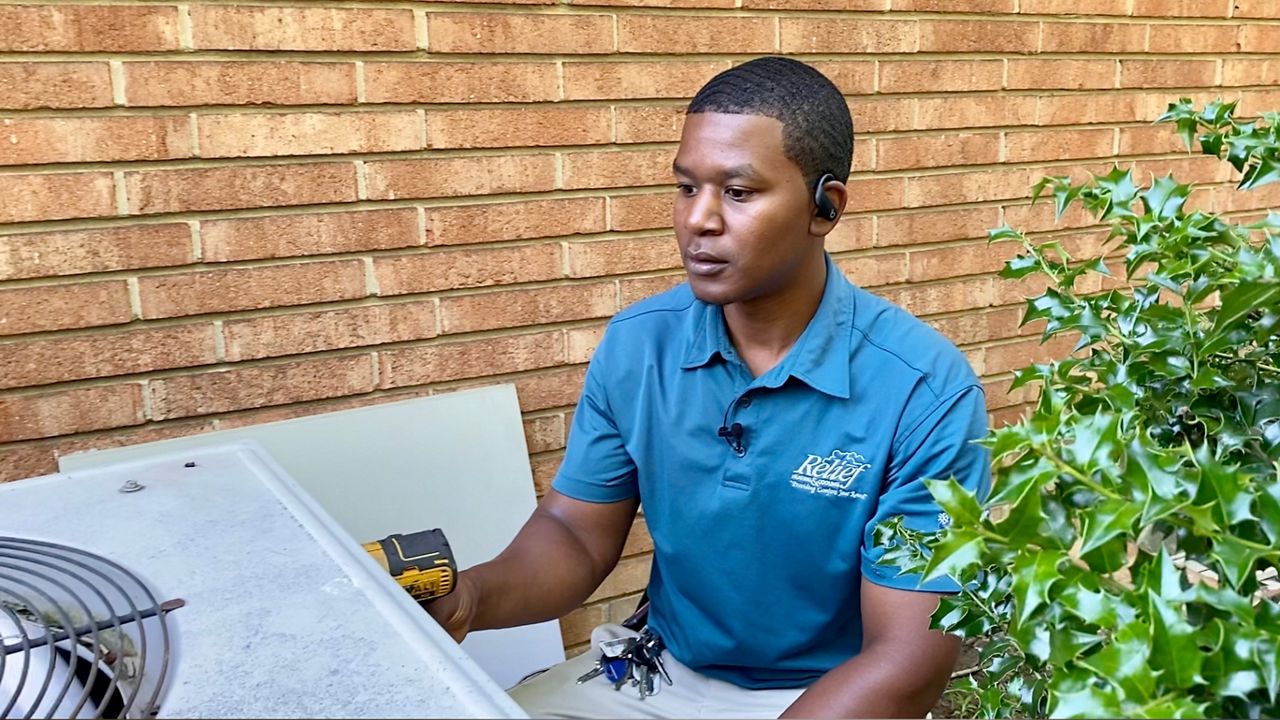 Daniel Harris works on an HVAC unit in Greensboro.

HVAC pros out to beat the heat

“It’s funny, my dad, he used to bring back air conditioning units when we were much younger. So, I was probably like 12 or 13, and we would break down the units for scrap,” he said with a laugh. “That’s usually how I kept money in my pocket.”

The heat index in some places will reach 110

Now, about 15 years later, he’s the lead HVAC technician at his family’s company, Relief Heating and Cooling. This year, it’s been busy.

“We’ve been pretty busy all year this year, so I’ve been running the install department all year,” Harris said.

This week, it’s only going to get busier.

In the Triad, temperatures this week are expecting to touch 100 degrees Tuesday and be in the mid-90s the rest of the week.

It’ll feel even hotter with the humidity. The heat indices this week will peak around 110, also Tuesday.

Though it’s been busy in the AC world all year, weeks like this crank it up even more.

“We could have people booked out for about two weeks,” Harris said.

The best advice Harris could give is to take preventative maintenance.

“One of the easiest things a person can do to keep their system in top shape as possible is to at least change their filter three months, or, if they have a six-month filter, every six months,” Harris said.

At a certain point, the difference your HVAC unit can make is insignificant.

It isn’t always easy for Harris — having to break the news of price to customers is never a stress-free conversation.

“It gets pretty difficult sometimes,” he said. “You have some people who can accept it pretty well, and you have a lot of other people. They’re just like … they have no idea. Sticker shock is a real thing.”

Still though, it’s worth it. In addition to helping out the community he grew up in, Harris has another inspiration.