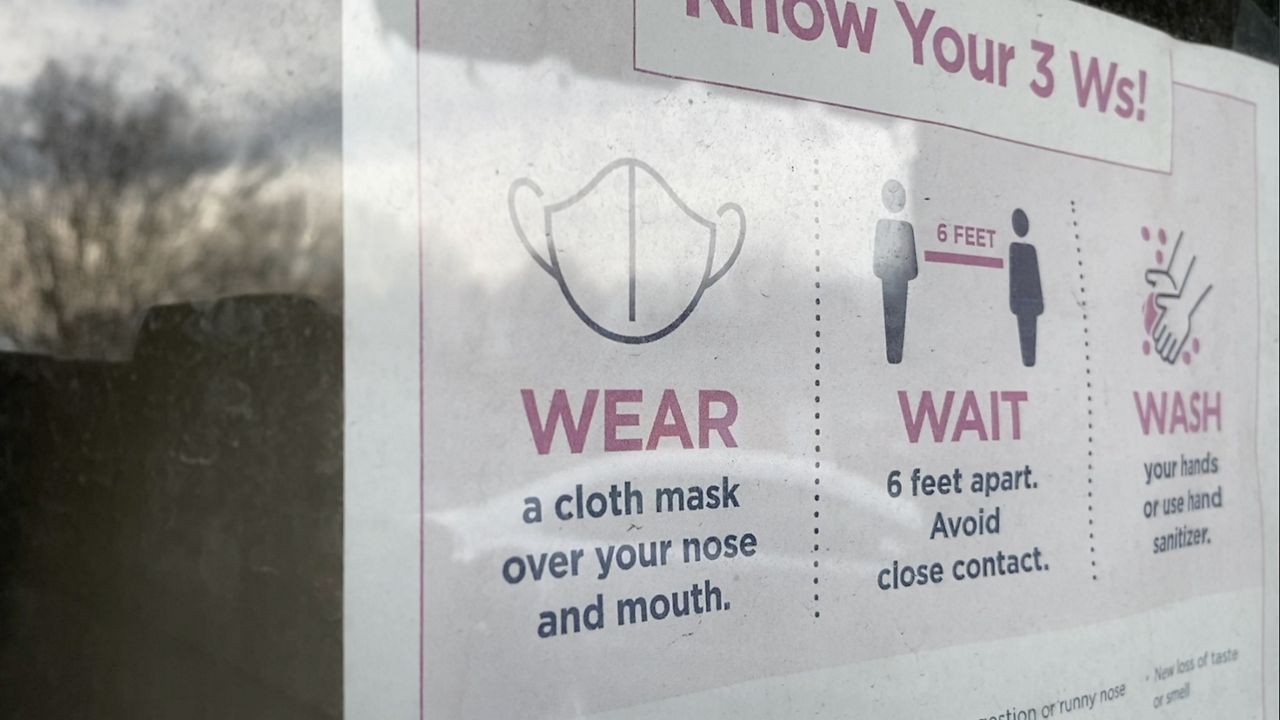 Guilford County mask mandate confusion: A primer for the proclamation

GUILFORD COUNTY, N.C. — A new mask mandate went into effect in Guilford County this week. The mandates are nothing new, but this one was a little different: It didn’t include Greensboro or High Point.

Businesses are responsible for the mandate, at least until Jan. 13, when the county will have a special meeting to decide whether to keep the mandate and potential enforcement

“As a small business owner in little Gibsonville, it’s kind of hard to understand why we would be mandated to wear masks, but Greensboro, a big city in Guilford County, wouldn’t be,” Lori Lacassagne, co-owner of Burke Manor Inn and Pavilion in Gibsonville, said.

She and her husband have been running the inn since 2009. They love the work, but lately, it’s been tough with COVID-19.

🧵There's been a LOT of confusion over Guilford County's new mask mandate that went into effect this week.

So, I'm going to attempt to break it down in a thread here. ⬇️@SpecNews1Triad

Guilford County board chair Skip Alston used his emergency powers to issue a proclamation for the mandate earlier this week. Greensboro Mayor Nancy Vaughan and High Point Mayor Jay Wagner both declined to sign on.

“Sooner or later, you reach a point where you have to allow people to make their own decisions,” Wagner said.

The green is where the mask mandate is in effect, and it does NOT include Greensboro or High Point — Guilford County's two biggest cities.

High Point's Wagner went on to say he also has concerns about enforcement, something echoed by many local businesses around the Triad.

As it turns out, the answer is yes – at least for now.

We reached out to the county health department about the enforcement, and it told us it will be up to each local business to enforce the mandate. But the department plans on doing outreach and education to help the businesses out.

“Education includes visits to businesses to provide them with resources on how to create a safe and healthy environment,” Guilford County health department communications manager Kenya Smith Godette said.

It will remain in the hands of each business until Jan. 13, when the county is planning a special meeting to discuss whether to keep the mandate in place and, potentially, how to enforce it.

There has been one other problem local businesses have run into: communication. We reached out to about 20 businesses, and nearly all of them had no idea the new mandate even existed.

“Kind of took me by surprise. In the past, we’ve gotten an email or something from some source,” Lacassagne said. “But yeah, we haven’t received anything, so I was caught off guard with your phone call.”

Many of the businesses are fine with wearing masks. They just thought it was odd that the countywide mandate didn’t include the two largest cities.

“Shock that it would be stipulating small towns would have to wear the masks versus the big cities in Guilford County,” Lacassagne said. “I mean, a county is a county, so you’d think everyone would be having to be abide by that mandate, not just small, little towns. Small towns are not super busy compared to big cities.”

We did reach out to Greensboro Mayor Vaughan, as well. As of publication time, her office had not responded. Of note though — Greensboro did enact a mask mandate for its city-owned buildings.