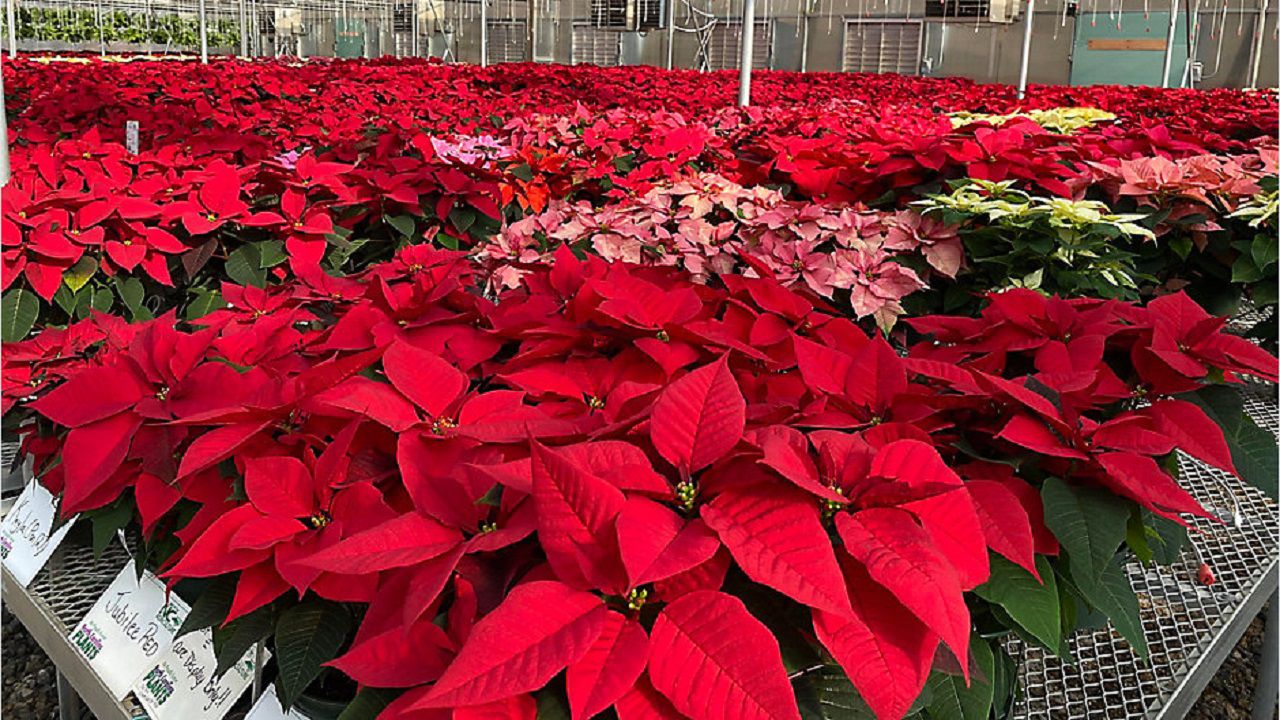 North Carolina family grows over 12,000 poinsettias for the holidays

KING, N.C. — Poinsettias are one of the most popular Christmas decorations around, and a greenhouse in North Carolina grew more than 12,000 this year.

It has 96 different varieties

Jim Mitchell, owner of Mitchell's Nursery & Greenhouse in King, has been growing poinsettias for about 25 years with his wife and son.

He started planting them in August to have them ready for this holiday season, so now he says it's all about maintenance.

Mitchell cleans up any dead leaves and checks to make sure the pots aren't too close to one another to give them enough room to spread.

He has a whole greenhouse full of poinsettias.

"Ninety-six different varieties of poinsettias and a little over 12,000 plants," Mitchell said, which is a dream for people who love poinsettias especially around the holiday season.

Mitchell decorates the pot with wrapping paper and a bow for customers to help make it the perfect gift.

"The dressing up of it is the kind of like putting stuff up around the house," Mitchell explained.

Mitchell delivers poinsettias to several different parts of the state.

He emphasizes his favorite part of his job is delivering the plants to customers.

"Generally just to see people and just to see the smiles on their faces,” Mitchell emphasized.

The nursery has so many different kinds of poinsettias that they're asking customers to vote on the best one, and you can cast your vote by stopping by the greenhouse this weekend.