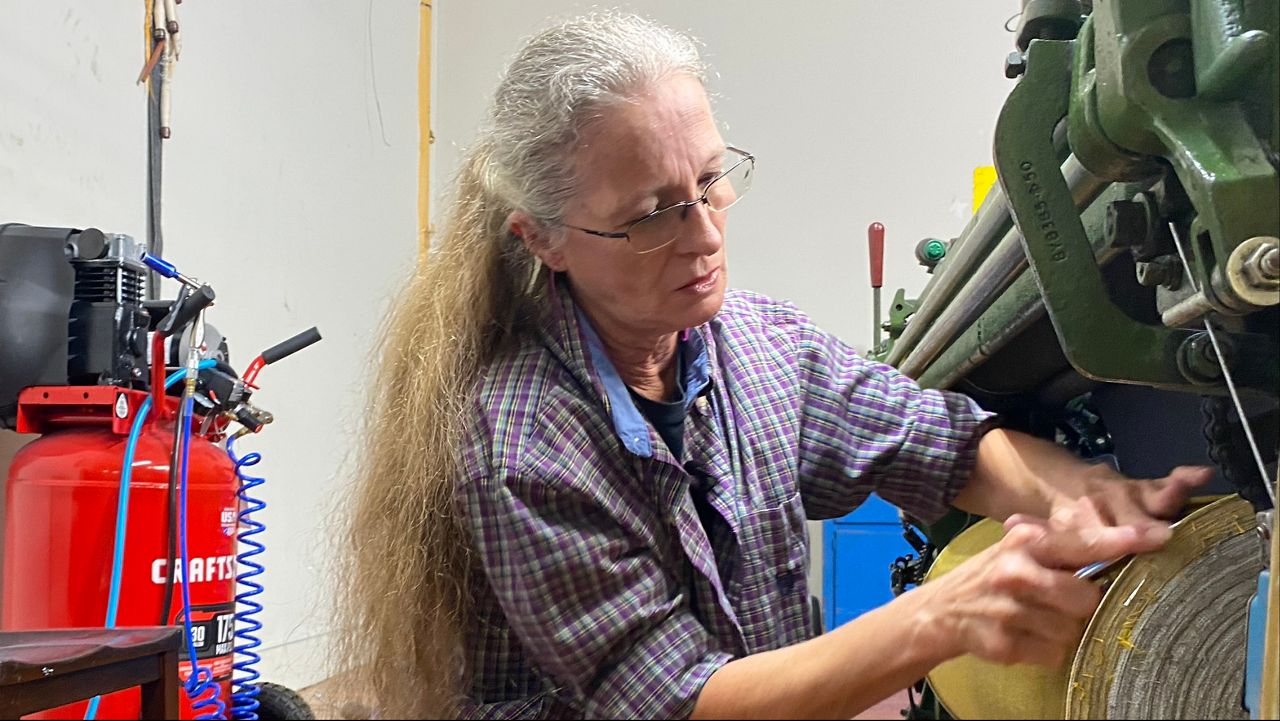 GREENSBORO, N.C. — A stripped factory, two looming machines, a small dining table and RainX is all that remains of the Cone Denim White Oak plant in Greensboro.

“What we’re doing is we are making cloth back inside the White Oak facility,” weaver Debbie Lindsey said. “We have two looms back here that were left over after the other ones were sold.”

White Oak has reopened, albeit in a much smaller capacity, after it shuttered back in 2017.

“That was a bad day. People had plans of things that they were going to do,” Lindsey said. “It turns your world upside down.”

The facility had been in operation since Cone opened it in 1905. But when it closed, Walmart took most of the building over as a distribution center. Now, thousands of gallons of RainX lay stacked, row after row.

Much of the facility remains the same (even the trophies), but lots has also changed.

She had worked in the White Oak plant for more than 30 years, much like her mother.

There were once hundreds, if not thousands, of weaving machines in the warehouse. Now, most of them have been sold and only two remain. It seemed like there was no hope to bring the White Oak legacy back in the city of ‘Jeansboro.’

But a few of the laid-off workers came together and created a nonprofit called WOLF – White Oak Legacy Foundation – to try and keep the tradition alive. The nonprofit got the two remaining machines running again and called former White Oak employees to run them.

“Receiving the call that they were actually going to start two looms up, I sit on the couch and cried,” Lindsey said.

There are fewer than 10 members who are a part of WOLF, but now, local blue jeans still exist. And talk to Lindsey once, and you’ll understand how much it means to be back doing what she loves.

“If there was anything better, I don’t know what it would be,” Lindsey said.