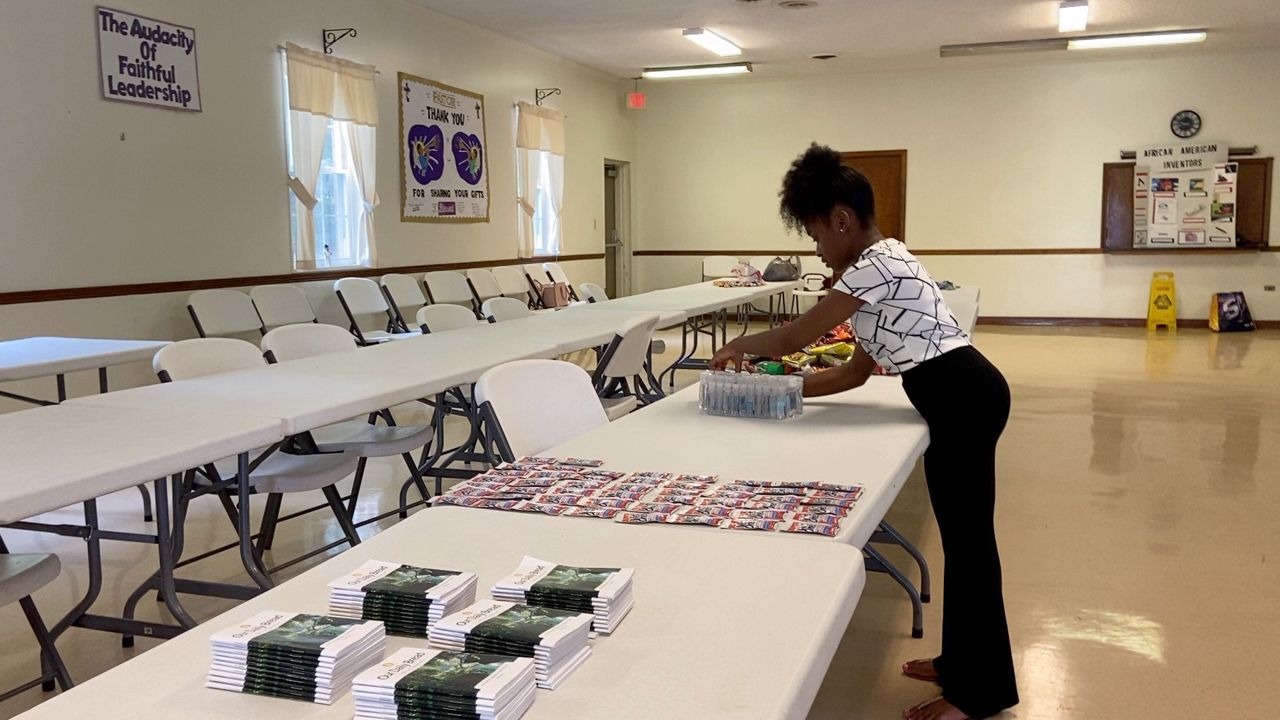 CHARLOTTE, N.C. -- Prayer is how a food-packing assembly line in Charlotte begins. Fourteen-year-old ZaNia Stinson is the mastermind behind this operation.

A unique encounter five years ago led her on a journey to feeding Charlotte’s homeless.

“ZaNia said, 'Mom, I don’t understand how can she be standing in front of a food store and be hungry, and it was something that was confusing,'” she said. “It was confusing to me but from that she said, 'I want to do something. I want to know what I can do to help.'”

From that, Z Feeds Go-Go Bags was born. Each one of these bags means something even deeper to Stinson because she knows what it was like to be homeless.

“It was hard for me because I was in and out of the homeless shelters,” she said. “I got out completely when I was five, and it was hard, and I wish I had someone doing something like this so I could have food.”

Jacqueline was volunteering with her daughter's nonprofit when she first met Stinson at a women's shelter at just 14 months old. After a long process, she was finally able to adopt Stinson and together the two have been building her nonprofit.

“As people began to hear about it she got more donations, and it was like oh this is nice and then we started seeking out grants,” she said.

They recently applied for, and won, $3,000 from the Riley’s Way Foundation’s Call for Kindness competition.

“When she told me that I won the money, I was so excited,” said Stinson. “I was really happy to win the money and be able to make so many more go-go bags.”

Like homelessness, this nonprofit was something Stinson didn’t see coming, but she’s grateful for this journey and can’t wait to continue helping others along the way. Stinson’s goal is to be able to expand her nonprofit outside of Charlotte to help more people.

If you are interested in helping or making a donation, you can send an email to zfeedsangelfood@yahoo.com.

Do you know someone who is an Everyday Hero. Nominate them here.