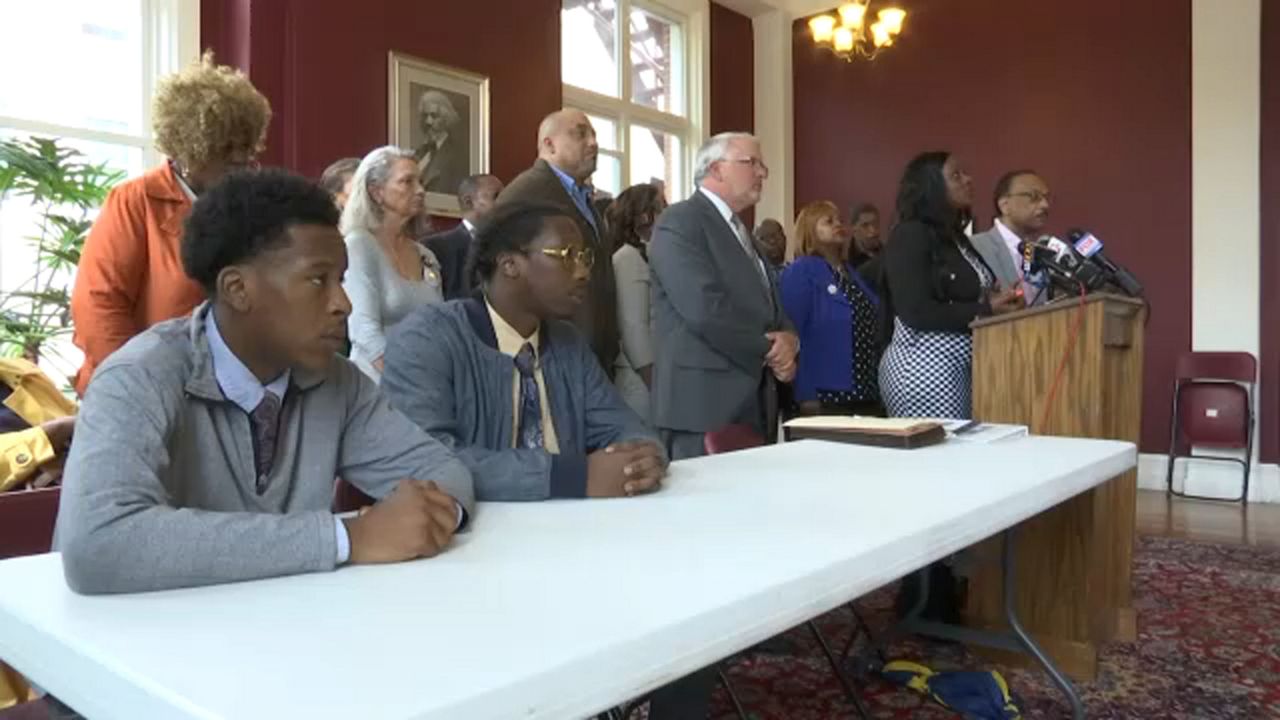 Community activists say a video circulating on social media, which shows Rochester police tackling a 13-year-old boy and arresting his stepfather, is a case of police brutality.  The union representing Rochester cops says they did their job by the book.

The incident happened September 19 on Lake Avenue, when officers responded to a call for a fight on a school bus.  Jusmier Mitchell, who his mother describes as a high honor student who’s active in sports, got off of the city school bus.  That’s when his mother, Dashonda Watford says trouble began.

Watford says she and husband Jesse Noble went to Lake Avenue to pick up the boy.  She says she began recording as her son was being wrestled to the ground by police.

“As I continue to tell them they have the wrong child, they mace him, choke him, throw him to the ground,” she said.

Throughout the video police tell Watford to give them space.  The family claims police used excessive force.  When Noble interjected, he was arrested and charged with obstruction, harassment and resisting arrest.

“In this situation there was no need for an arrest,” said Charles Burkwit, an attorney for the family.  “No need for any force."

Michael Mazzeo, president of the Rochester Police Locust Club, the union representing police officers, says he’s seen the video in question, as well as footage from police body cameras.  Rochester police says officers told the boy to get back on the school bus, but say he refused.

“To come out and say there's brutality here, or inappropriate actions by the police is completely absolutely wrong,” said Mazzeo.

Community activist, Rev. Lewis Stewart wants the officers held accountable.  He says the incident is another reminder of the need for greater independent police oversight, of which he is a longtime supporter.

“He talks about the need for de-escalation or restraint,” countered Mazzeo. “I agree 100 percent -- from all sides."

Mitchell’s family has retained a lawyer, but has not decided whether to sue. Rochester police are conducting an internal investigation.