Last year, 17 people lost their lives from being struck by lightning. Texas tied with Florida for the most lightning deaths in 2020 with three in each state. 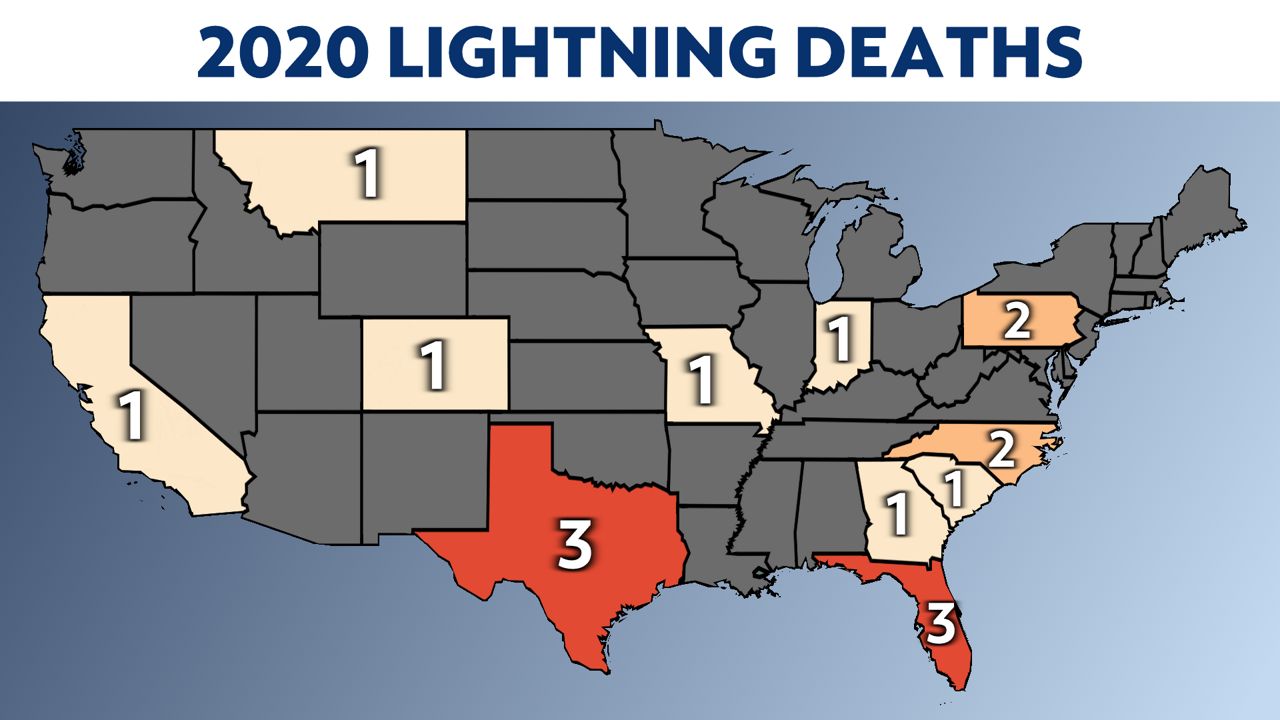