Tropical activity is typically still slow as we head into the offical second month of the season. In fact, the National Hurricane Center only names, on average, one July storm per season.

Even though the month is usually quiet, it doesn’t mean we haven’t seen strong storms in the past.

Let’s take a look back in at the Hurricanes that caused some major damage this time of year. 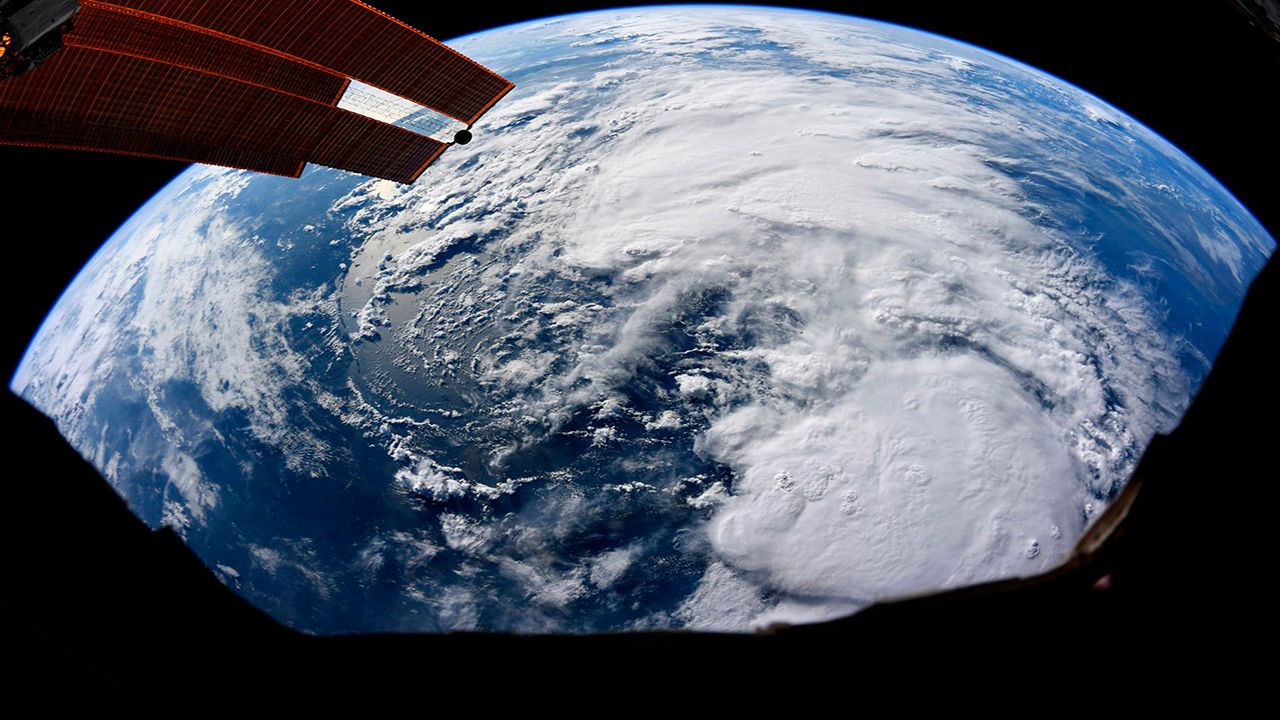 Our first hurricane takes us to the very recent year of 2019.

Hurricane Barry first originated as a complex of thunderstorms over the Midwest. Barry then moved south into the Gulf of Mexico where it eventually strengthened into a Category 1 Hurricane and became the first hurricane of the Atlantic hurricane season.

On July 13, Barry made landfall as a Category 1 Hurricane over south-central Louisiana and was a big rain maker. Ragley, Louisiana saw a total of 23.58 inches of rain.

In Dierks, Arkansas, Barry dropped 16.59 inches of rain making it the most rain associated with a tropical system in the state’s history.

Overall, flooding was the biggest threat. Many people had to be rescued from flood waters and homes experienced major flooding. The damage was estimated to be at $600 million.

One interesting note is that Barry never took on the classic circular look of a hurricane and was very asymmetrical through its entire life. 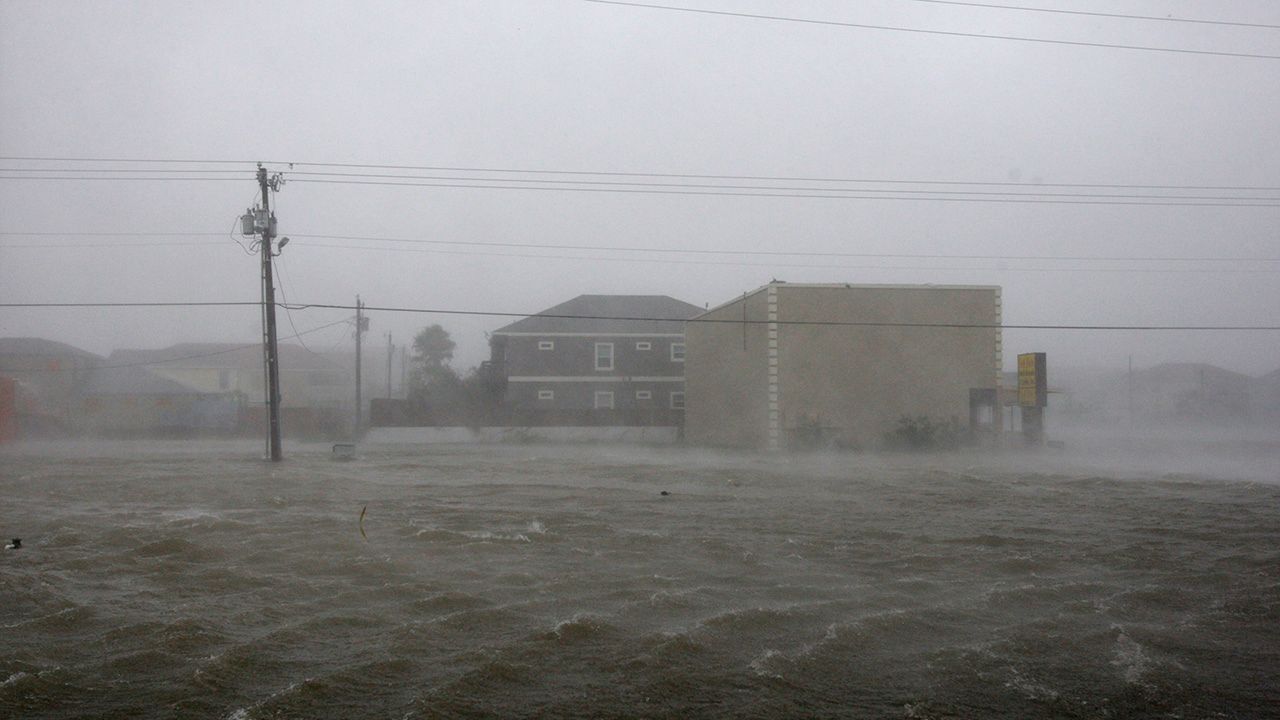 Next, we head to 2008 where Hurricane Dolly made a huge impact across areas of Texas and New Mexico.

At its strongest, Dolly became a Category 2 Hurricane before weakening to a Category 1 Hurricane and making landfall in South Padre Island, Texas on July 23.

The effects of the storm were devastating where damage is estimated to have cost $1.3 billion.

Over 16 inches of rain fell in parts of Texas causing flash flooding and major flooding for many cities.

Rain continued to stream in and reached parts of New Mexico where rivers were flooded and more than 500 people had to be rescued.

Interestingly enough, Dolly skipped the tropical depression phase entirely as it began with tropical storm force winds, showing that not all tropical systems start off as a cluster of basic thunderstorms. 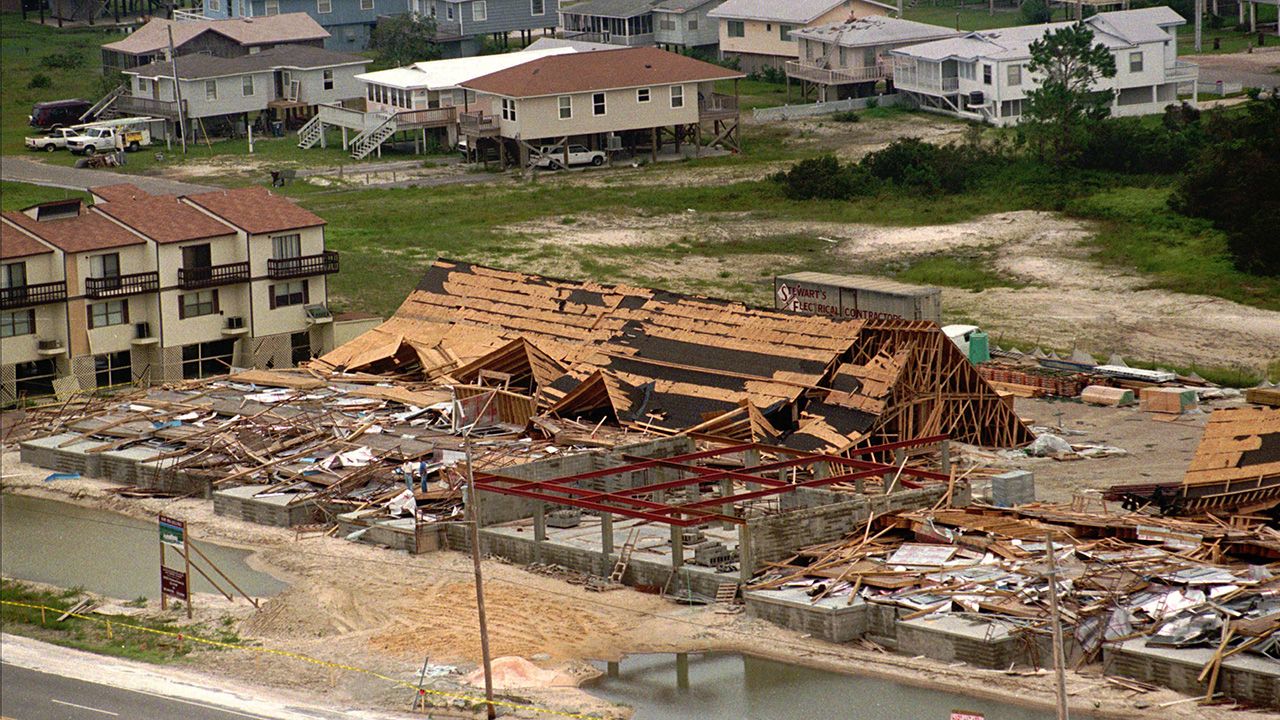 Hurricane Danny was a moisture packed hurricane that made landfall in the United States during the 1997 Atlantic hurricane season.

This was a very slow moving system and was able to stream in copious amounts of moisture from the Gulf of Mexico. An estimated 36.71 inches of rain fell in Dauphin Island just within a 7 hour time span.

Several tornadoes touched down due to this Hurricane and caused extensive damage.

Danny ended up causing $100 million worth of damage and took the lives of 9 people.

It was the only hurricane to make landfall in the United States that year but left quite an impression. 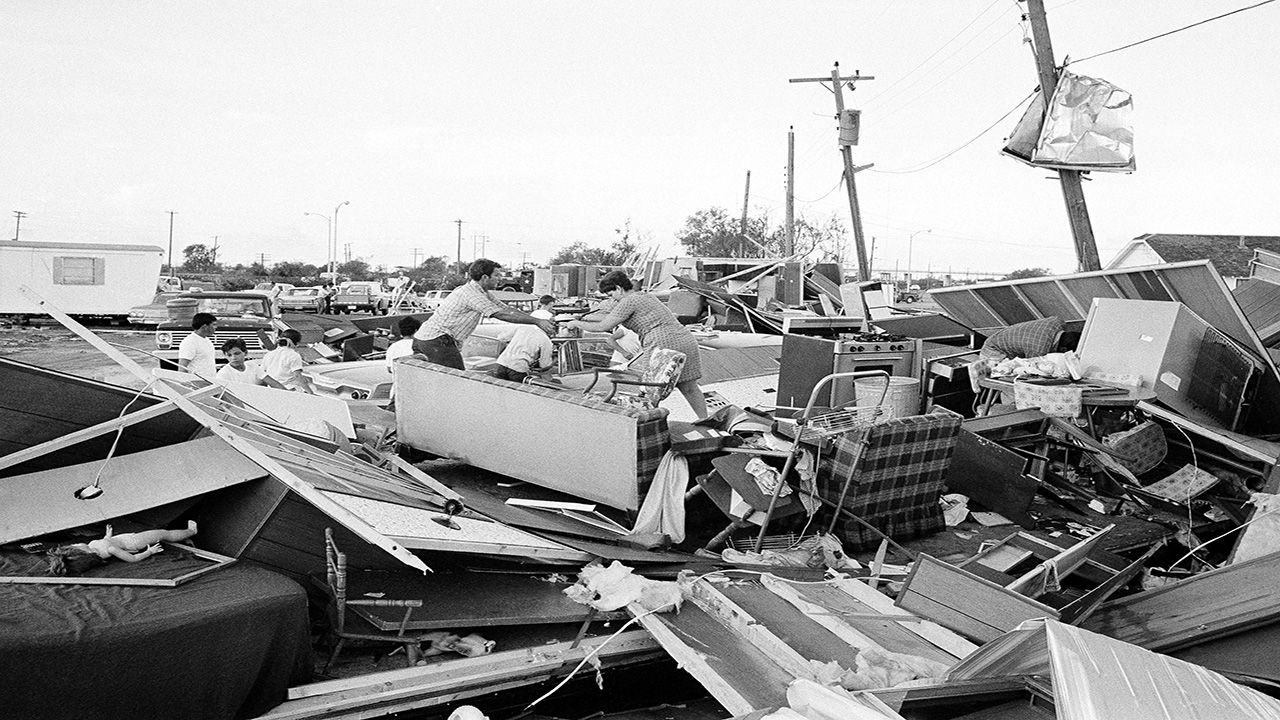 The strongest storm on our list is Hurricane Celia which became the first major hurricane of the 1970 Atlantic hurricane season.

Celia first formed on July 31 in the western Caribbean Sea and tracked northwest where it rapidly intensified to a Category 3 Hurricane in the Gulf of Mexico. Rough seas bashed against the west coast of Florida causing eight people to drown.

The Hurricane continued to track west and finally made landfall near Corpus Christi, Texas on August 3.

Winds were main cause of destruction with Celia.

Winds reached up to 180 mph for many cities, and tens of thousands of homes were damaged or destroyed. Over 450 injuries were reported, and 28 people were killed in total. 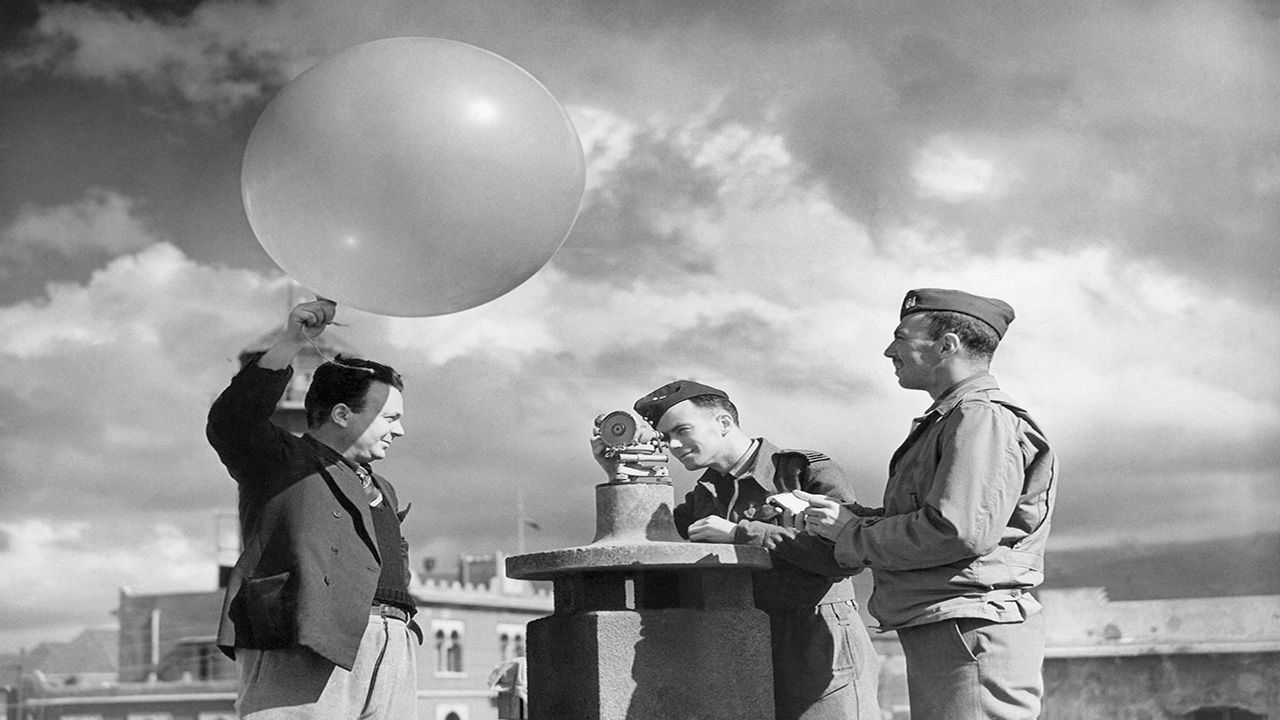 Meteorologists release a weather balloon to collect weather data in the 1940s.

Our last stop takes us to the 1943 Atlantic hurricane season when Hurricane One hit the coast of Texas.

This was the first hurricane that the now infamous Hurricane Hunters flew into to gather data. It was done on a dare, but done successfully, and forever changed how hurricanes were studied.

This hurricane was also known as the “Surprise Hurricane”.

Because German boat activity was expected in the Gulf of Mexico, all ship radio broadcasts were silenced including weather reports.

Since information could not be given out ahead of time, many people were unprepared for this Hurricane.

Hurricane One made landfall near the Houston and Galveston on July 27 area where it brought wind gusts over 130 mph.

Water was waste deep throughout many cities. This lead to hundreds of people being injured and many buildings destroyed. In total, 19 people were killed.

After this hurricane, advisories were never censored from the public again. It was a big lesson learned.

As we go through the month of July, remember we are only about a third of the way through the Atlantic hurricane season. Activity doesn't peak until mid-August to late October. 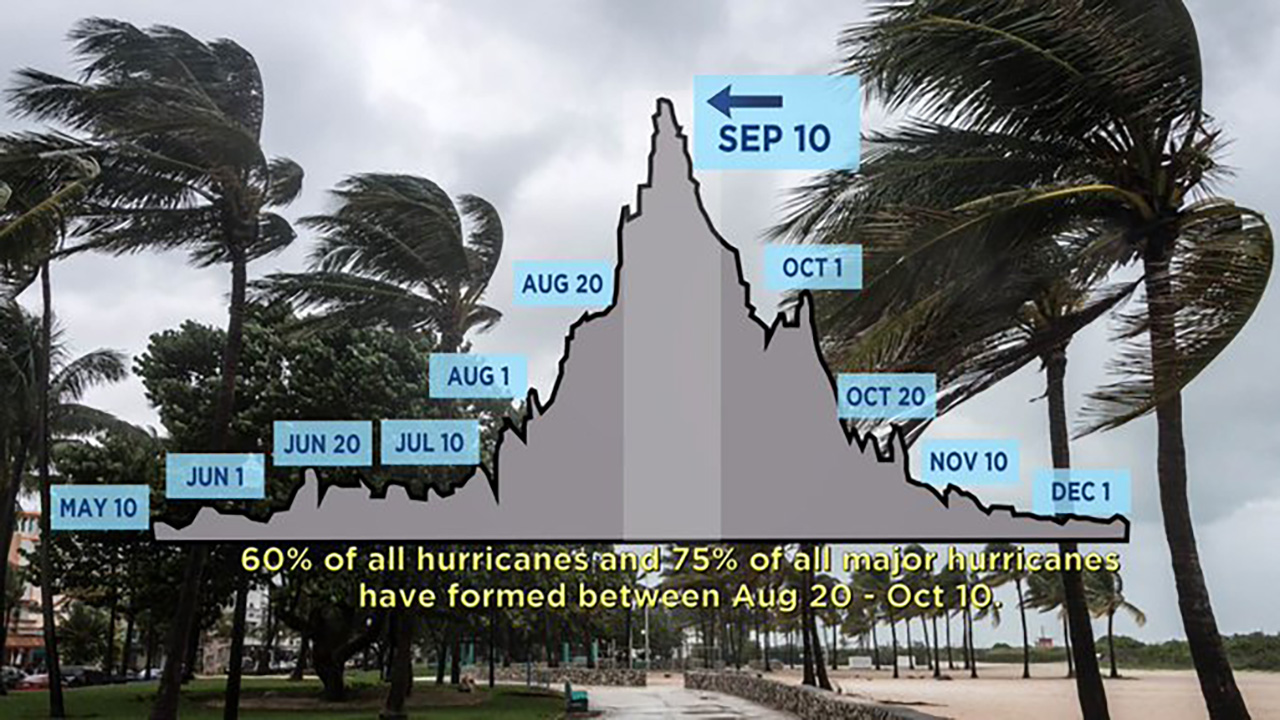 Even though the peak is not until mid-August to late October, we can see deadly hurricanes throughout the entire season.

Make sure to be fully prepared. Have a hurricane kit, and plan to be ready all season long.