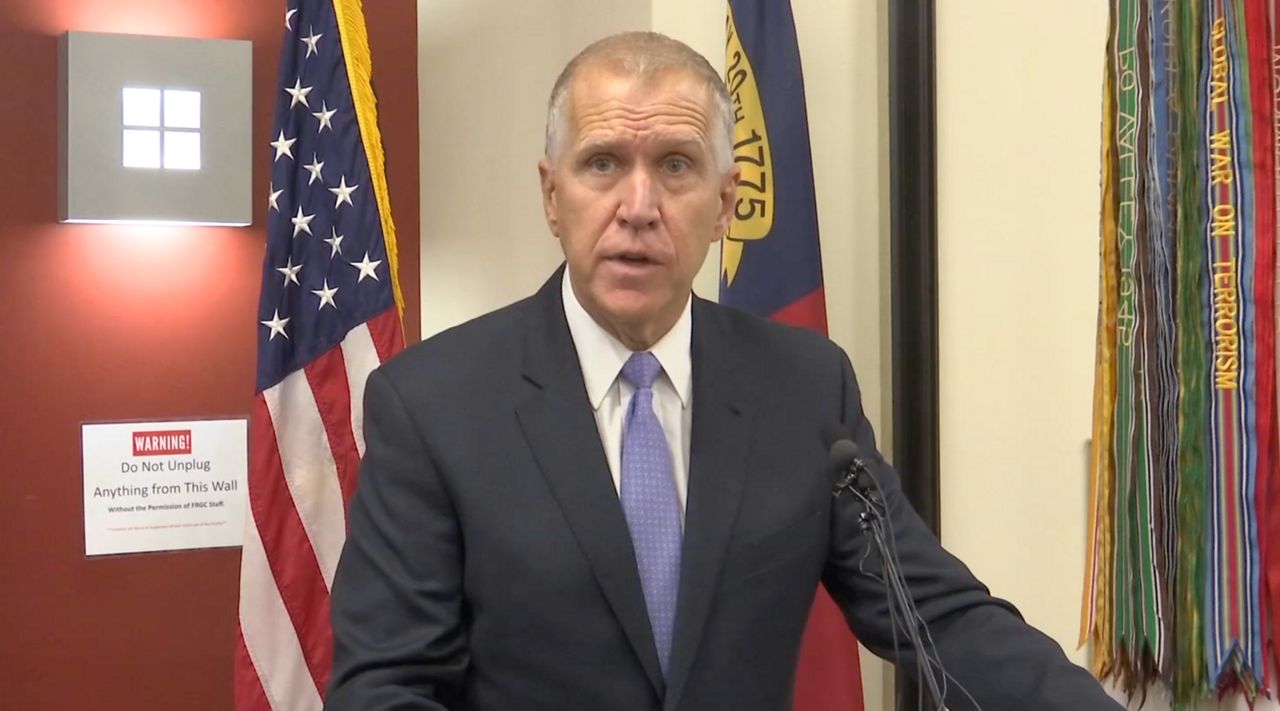 WASHINGTON, D.C. -- Congress has for the second time voted to block the president’s national emergency declaration to fund the border wall.

During the first vote in March, Sen. Thom Tillis, R-NC, was thrust into the national spotlight after writing an op-ed in The Washington Post raising concerns about executive overreach.

Tillis ultimately ended up siding with the president, voting against a resolution to overturn the emergency order. Some labeled him a "flip-flopper" as a result.

Unlike in March, this time, lawmakers had a sense of the direct impact the emergency declaration could have on their home states. The Pentagon recently announced a plan to divert $3.6 billion in funding from military projects across the globe to the president’s border barriers.

In the Tar Heel State, that includes moving $47 million from active military projects to the wall. On that list: $15.3 million for an ambulatory care center at Camp Lejeune.

Now we know the potential impact on NC military bases, including a list of projects that would lose funding to the border wall (one project was previously canceled). The full list from the Pentagon can be found here: https://t.co/AFxqVeOnPW #ncpol pic.twitter.com/4ugGnvvXsD

Asked about his vote this week, Tillis pointed to "commitments" from the president to revise the National Emergencies Act.

“On the day that I took the first vote, we got a public commitment from the president as well as [Senate Majority Leader Mitch] McConnell to say that we need to change the National Emergencies Act,” he said.

He is currently co-sponsoring legislation on Capitol Hill aimed at "narrowing" executive authority when it comes to emergency declarations.

Tillis is up for re-election next year. The president has endorsed him, and is center stage in Tillis's recent campaign ad.

Across the aisle, the emergency order and its impact on military projects has become a lightning rod for Tillis's Democratic rivals.

"North Carolina needs an independent leader who will stand up for our state, not a weak politician who will put his own self-interest first," he said.

.@ThomTillis was NOT one of the 11 - Shame on you Senator Tillis for failing to place our military servicemen/women, veterans and military installations as a priority over an ornamental border wall! https://t.co/mN4jUr80Ct

Tillis says he supports backfilling funding for the military projects. The Republican-controlled Senate has approved a plan to do so. However, Democrats in the House are objecting, arguing the money was already appropriated once.

“This is basic military expenditures. These are hard-fought appropriations - we don’t just lavishly fund the military in these areas,” said Rep. David Price, D-4th District.

The president is expected to veto the resolution blocking his emergency declaration.

Although some Senate Republicans sided with the Democrats this week in voting to overturn the president’s declaration, the Senate did not have a veto-proof majority.