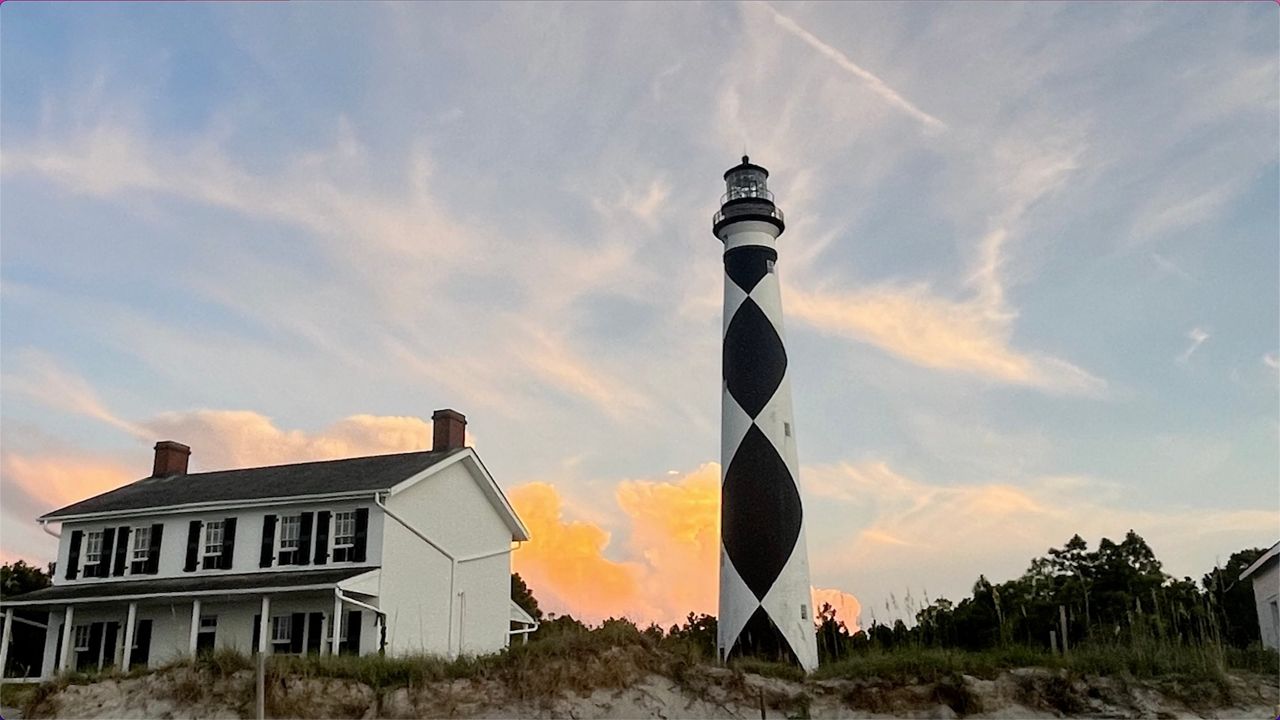 Nonprofit is raising money to protect the Cape Lookout Lighthouse

CAPE LOOKOUT, N.C. — North Carolina is known for its many beautiful lighthouses on the islands off its coast. However, some of them are in danger due to erosion. The Cape Lookout Lighthouse needs major repairs, but the beach around it also needs to be built back up.

The beach in front of Cape Lookout Lighthouse is eroding quickly

The Save Cape Lookout Foundation is raising money to save the lighthouse and the beach.

The Cape Lookout Lighthouse is an iconic symbol on the North Carolina coast.

Joni Dennis loves the lighthouse, but she says Cape Lookout is so removed that many people don't realize it's in danger.

Even from the ferry, Dennis was shocked that the erosion was much worse in just the two months she was away. 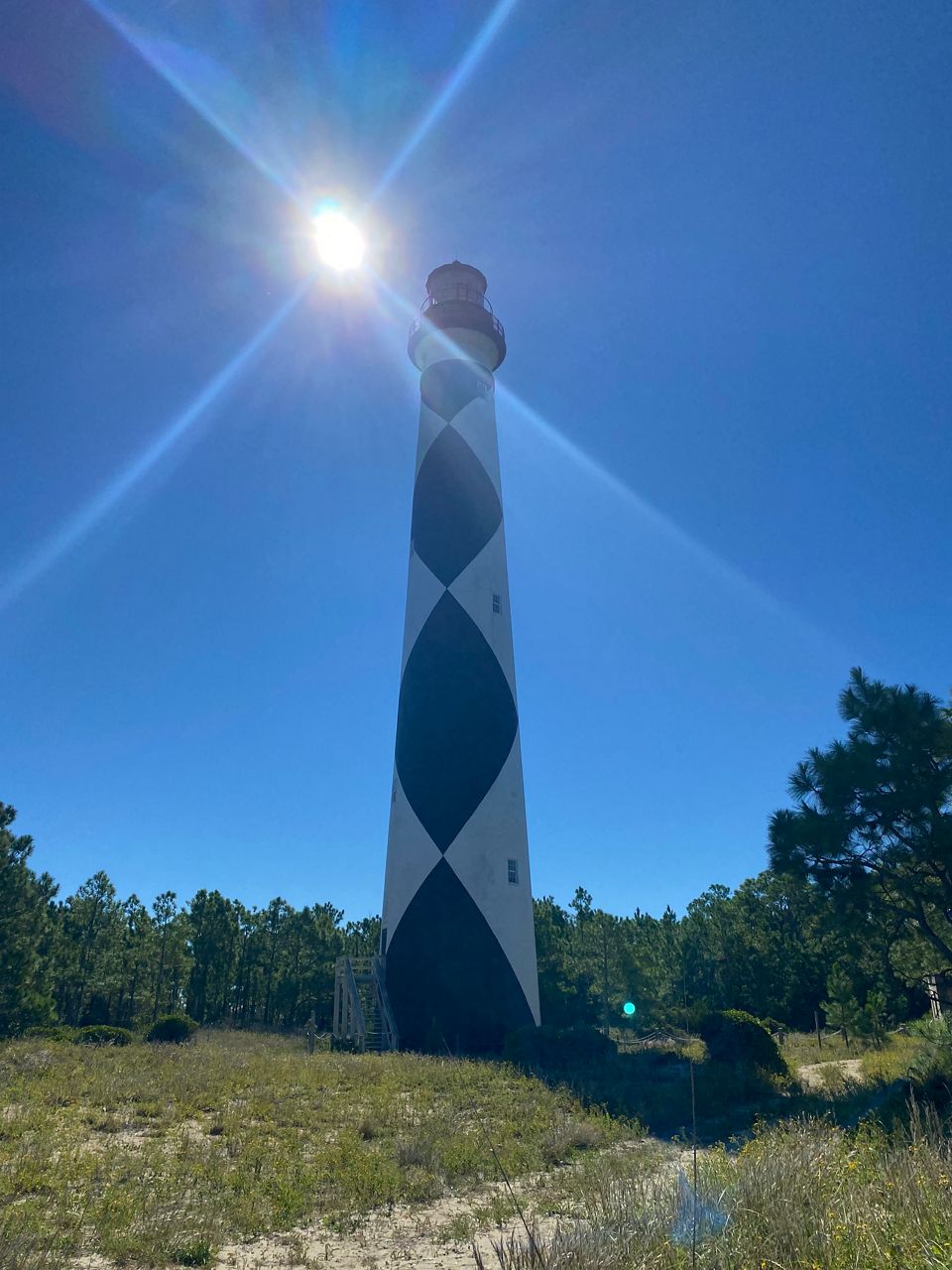 The weed line came up into the dunes near the lighthouse during Hurricane Ian. (Spectrum News 1/Jenna Rae Gaertner)

Her family has a rich history at the Cape Lookout Lighthouse. Dennis' uncle was a lighthouse keeper, and her grandfather brought over fuel for the lighthouse during World War II.

“I would listen to the stories,” Dennis said. “I mean, as a child, they were shucking oysters on the back of my grandma's house or my uncle Thurston's garage in the winter. And I'd be the only kid that wanted to hear those stories, which was really some incredible stories.”

Now, she volunteers on the island, sometimes spending a week living out there on her own.

“It's very quiet,” Dennis said. “All you can hear are the bugs and the birds and people laughing in the background.”

She's watched as the issue of erosion continues to grow, and the beach continues to shrink. When she returned to the island after Hurricane Ian, she was shocked to find a weed line close to the lighthouse.

“Oh, my God. This is a weed line,” Dennis said. “The only way that a weed line can be a weed line is if the tide brings all the stuff in the water to this area. ... That means that the tide during the hurricane came all the way up.”

Dennis says she can't sit by and do nothing, so she started a nonprofit called the Save Cape Lookout Foundation.

"It is emotional, because this is the purest of nature that I know of here,” Dennis said. “It is my heritage.”

Dennis says the National Park Service needs to add more sand to the beach at Cape Lookout in front of the lighthouse. 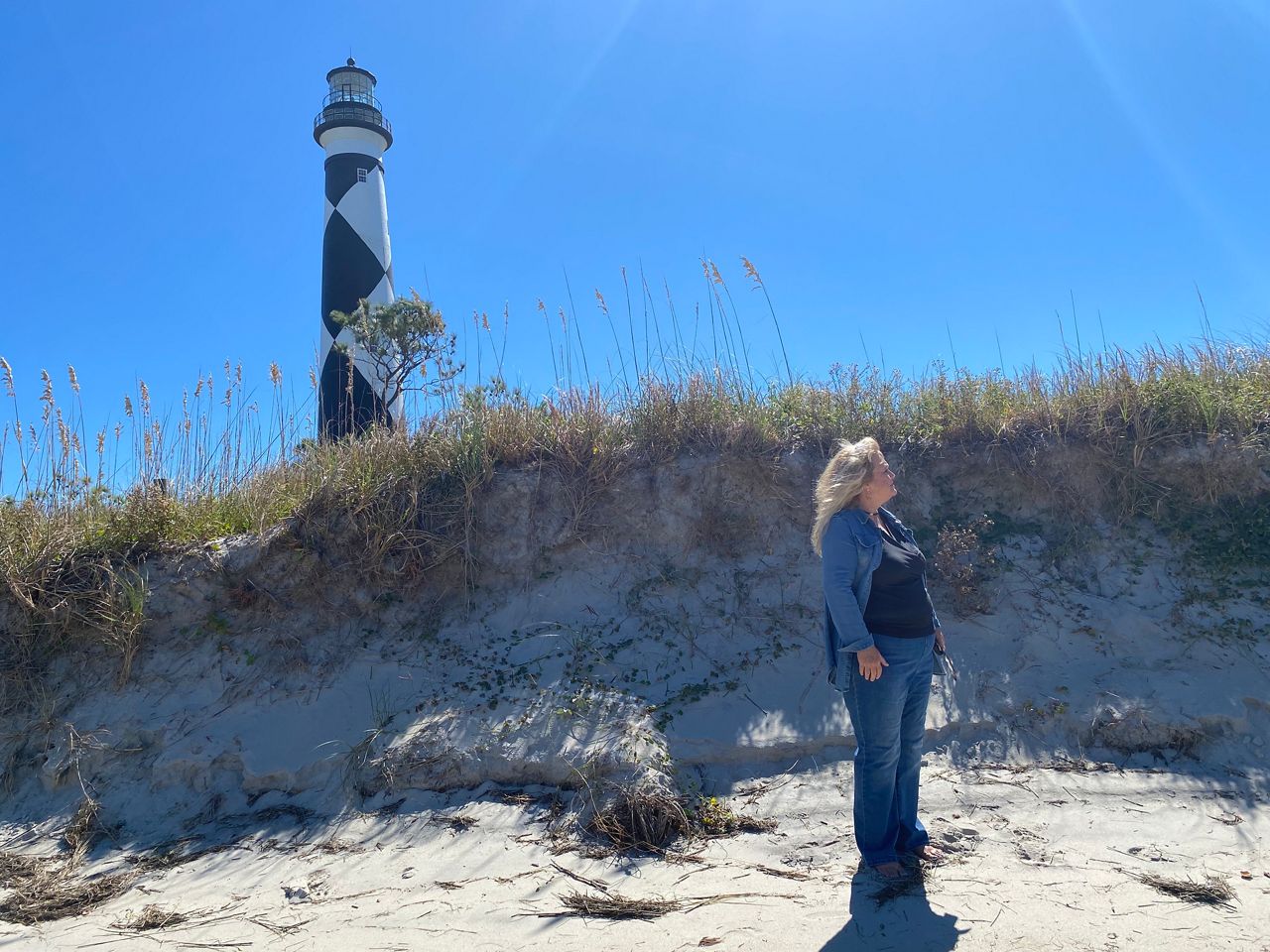 Joni Dennis looks at the erosion on the beach in front of the Cape Lookout Lighthouse. (Spectrum News 1/Jenna Rae Gaertner)

It wouldn't be the first time they've implemented this solution. In 1980, her father started a Save the Cape campaign to add dredged sand to the beach. It lasted 26 years. They added sand again in 2006, and it lasted 16 years.

However, now when they dredge the sound, there's only silt at the bottom. That won't help build the beach back up. Dennis says at high tide, the beach basically disappears.

Until they can find compatible sand, Dennis is raising money for a wave attenuator. The contraption is designed to redirect the waves so they don't wash away sand from the beach.

Not only does Dennis want to preserve the history of the lighthouse and her family connection, but she says the lighthouse is still used as a navigational aid.

“I worked on yachts for 35 years as a chef,” Dennis said. “When we came through and we saw that light, it was we knew we were going to be home soon.”

Dennis is currently trying to raise $50,000 for the wave attenuator before the end of the year. You can donate to her nonprofit or stay updated on this issue on their Facebook page.