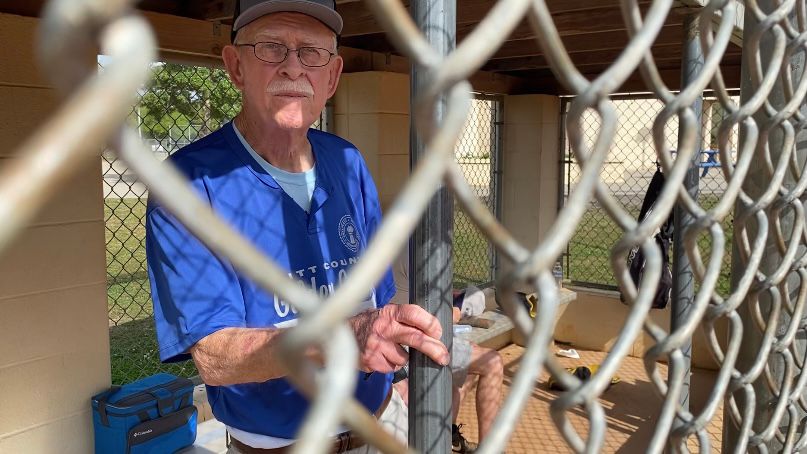 WILMINGTON, N.C. — Wilmington's Senior Softball Association has been around for almost 30 years, which happens to be as long as some of their players have been retired. The team's players range in age and ability, but they all agree that the game keeps them young.

Dwight Crainshaw never thought he would play any kind of sport again after he retired, let alone softball. His days of curveball pitching ended in high school and yet 45 years later, he stepped back on the mound. 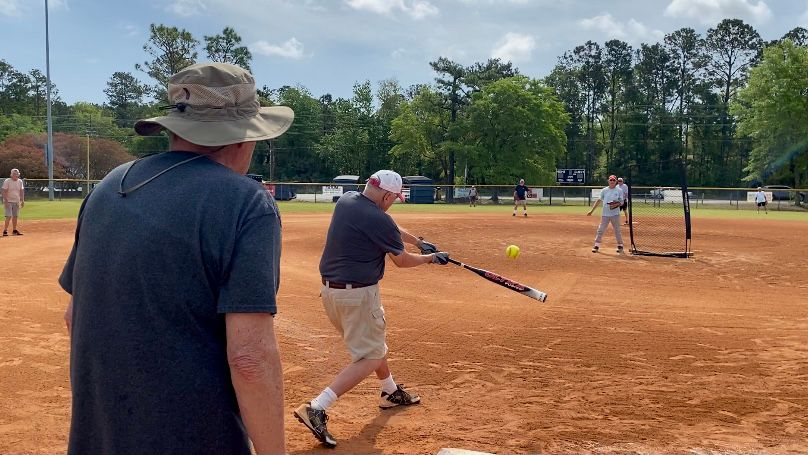 “In high school, I pitched baseball and played third base. I never was a fastball pitcher. I had a lot of junk, I threw curves, knuckleballs, everything. So when I came out here, I do the same thing,” Crainshaw said.

The league started in 1994, and Crainshaw joined in 1999. He started playing with them at age 63. Now, he's 86 years young and still swinging for the outfield.

“A lot of days you get up and you say, 'man is it really worth it?' And then I get to thinking, 'why would I want to stay home when I can go out there and have fun with my buddies,'” Crainshaw said. 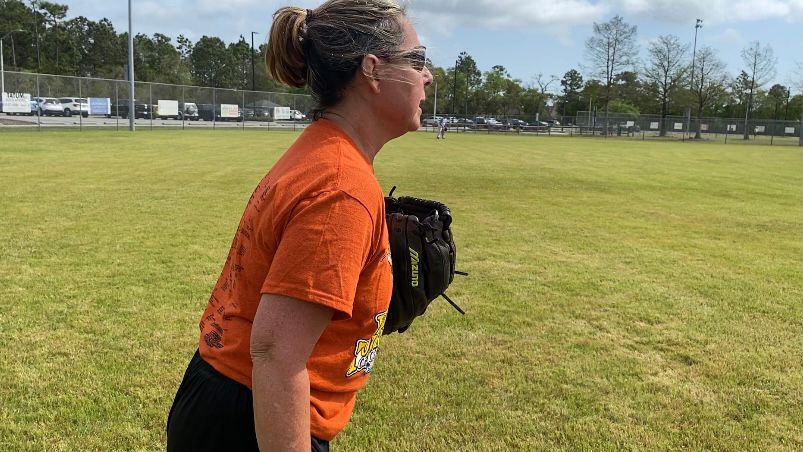 Nina Nyberg watches a play from the outfield

He said this league is what keeps him young.

The only time you'll see him in the dugout is when he's putting together a batting order. They're all seniors, but he's one of the "seniorest" seniors of them all. The younger players in the league look up to him, hoping they'll still be playing when they reach his age. 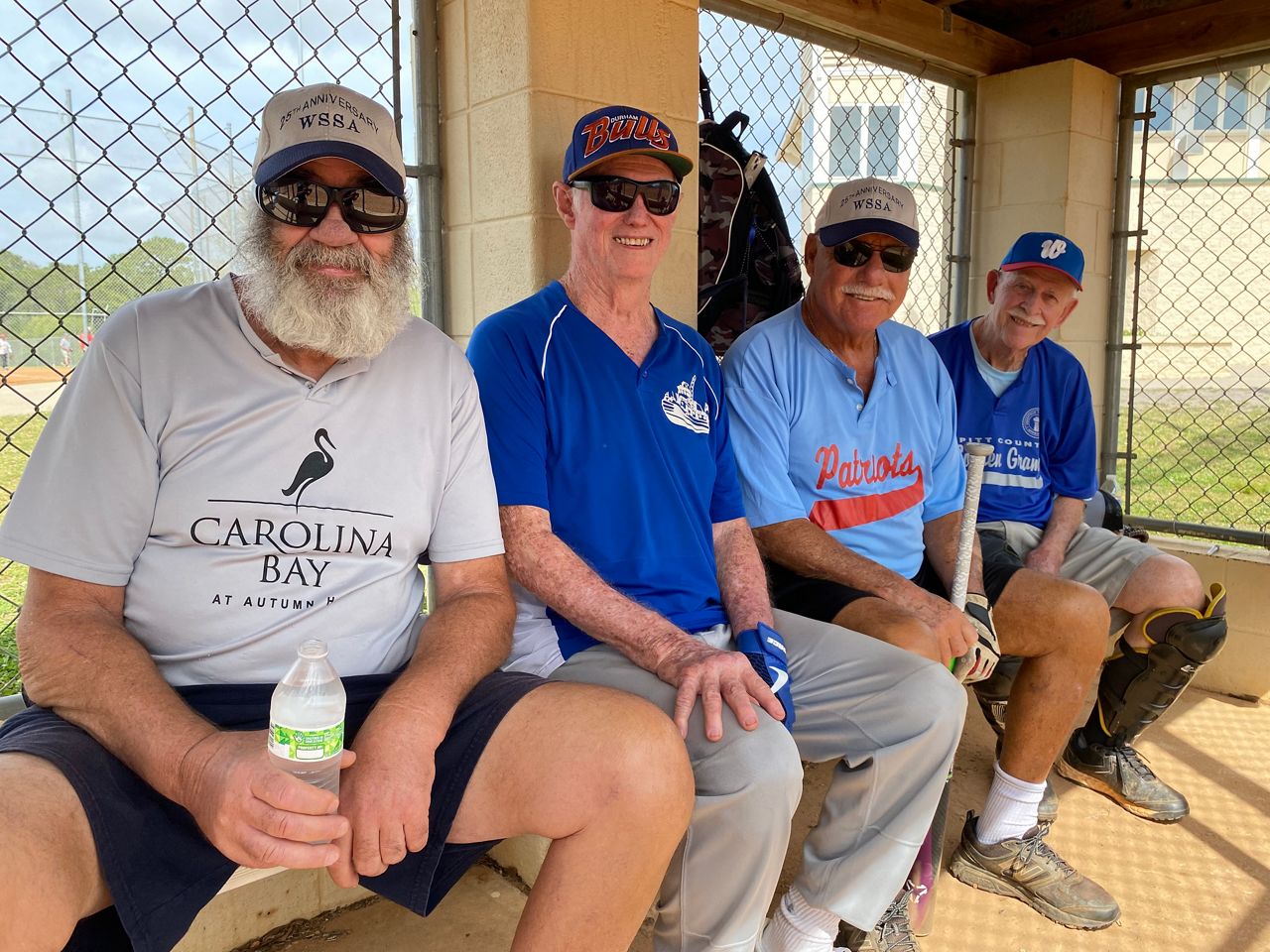 The adrenaline and thrill of the game don't disappear no matter what age you are, and they say there's a place on a team for everyone, regardless of age or ability.

“I just feel like I can pitch better than they can hit. It don't always work that way, sometimes it goes out of the park, but I have that challenge, that urge to compete,” Crainshaw said. “You don't ever lose that desire once you get on the field.”

It's not exactly the same game as before, with some modifications to make it both safer and easier, including no sliding, two home plates and more people on the field.

“I'm a little tired, little out of breath, but it's my age, it's good for me,” Nyberg said. “It keeps me going, and it keeps my brain going.”

You can head to their website for scores and upcoming schedules for each division.