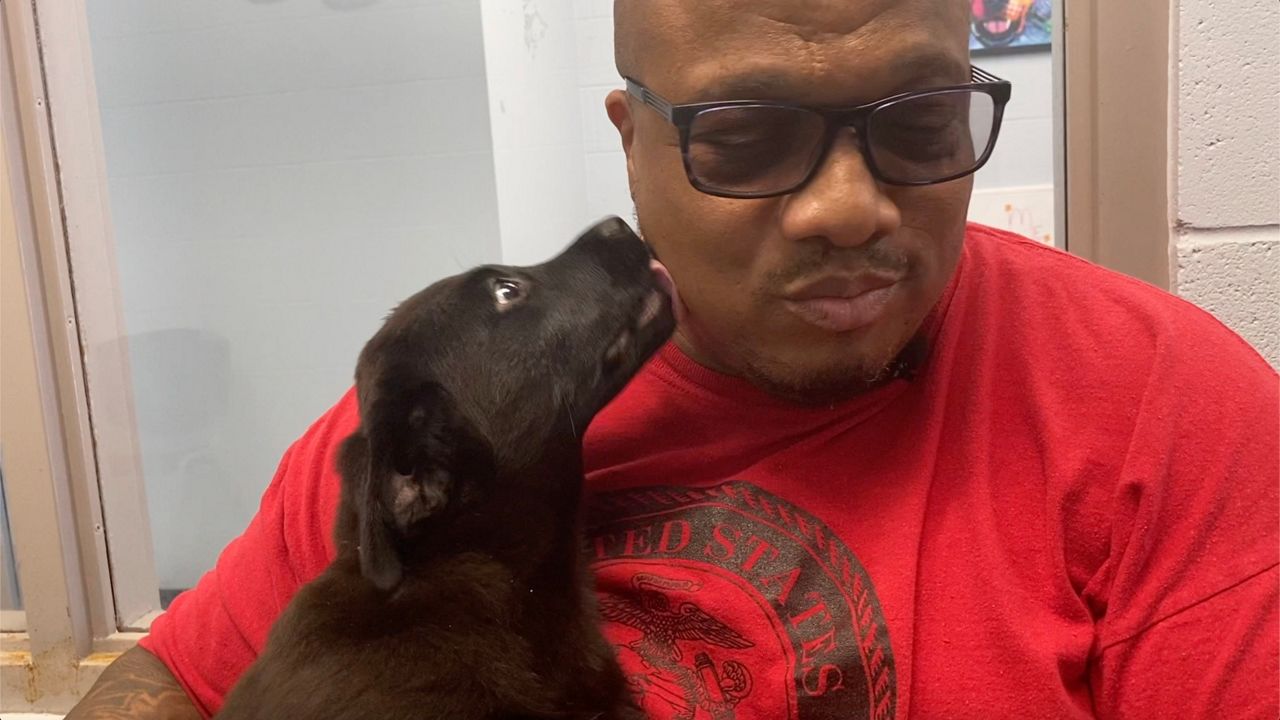 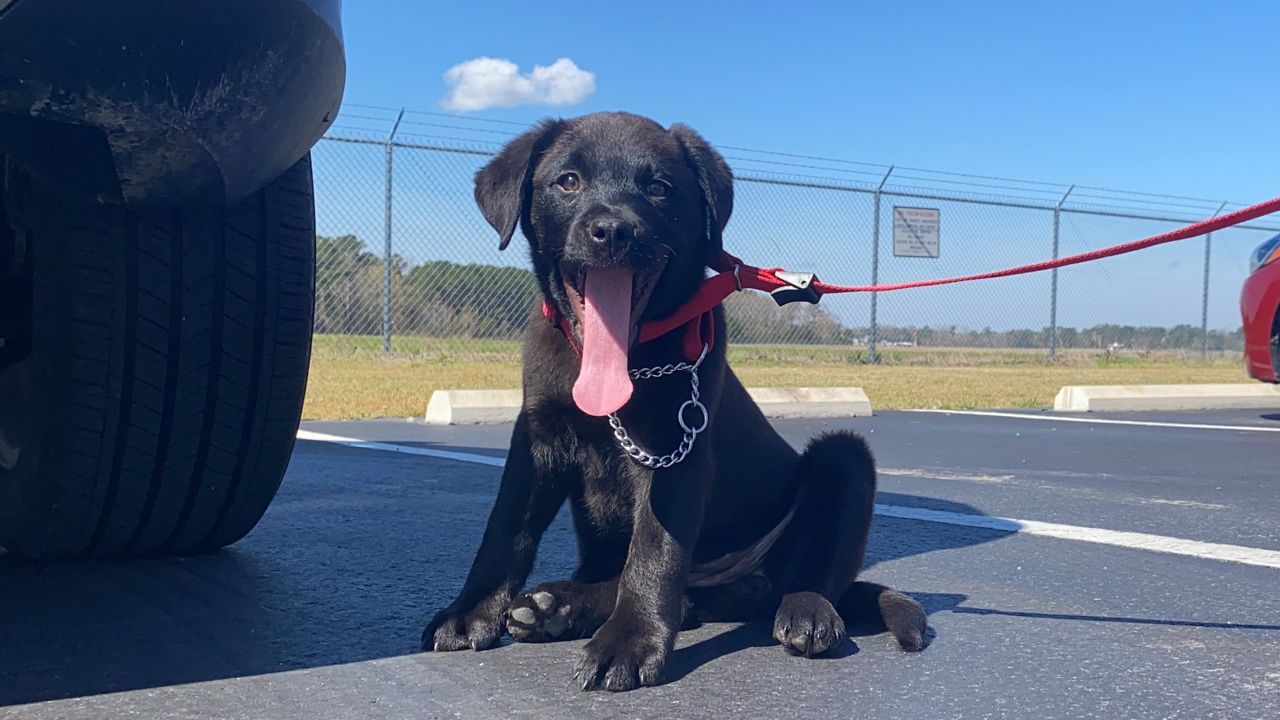 This is Osa, a shelter puppy paired with veteran Mel Tufts.

Mel Tufts felt the connection as soon as he walked in the room.

“She's awesome,” Tufts said. “She just, she seemed to be the one that was the most docile. She's not over the top, but she's big.”

Tufts served in the Marine Corps for five years. Although he loved the life of service that the military gave him, he's had some issues since he got out. Tufts suffers from PTSD, anxiety and a handful of orthopedic injuries.

“My therapist and other people said I might benefit from a service dog,” Tufts said. “We've always had dogs. We always love animals, but I had never thought about a service animal. But yeah, she came around at the right time.”

The Tufts named their new fur baby Osa, which is the Spanish word for bear with a feminine twist. He's hoping that she is just what he needs.

“It really is very emotional and moving because this animal is going to be more than just an animal,” said Jae Tufts, Mel Tuft's wife. “It's going to be his support, and you know, everything that he goes through. And I'm hoping that it can just give him some down time, some peace, to direct his mind off of the things that, you know, that you do have to go through in the military.”

In October, the Tufts connected with Bill and Jackie O'Brien, a couple who run Paws of War, a nonprofit dedicated to pairing veterans with rescue dogs.

“When you go to a shelter, I mean these are dogs the have been abandoned or discarded,” Bill O'Brien said. “You get attached to these dogs, and then you start to teach them things. And then you realize, wow this really works, and this stuff begins to pay off. And it helps dogs get adopted.”

The O'Briens recently relocated to New Bern from New York and brought Paws of War with them.

Although working with puppies is a huge perk of the job, the O'Briens say helping veterans like Tufts is what they're here for. 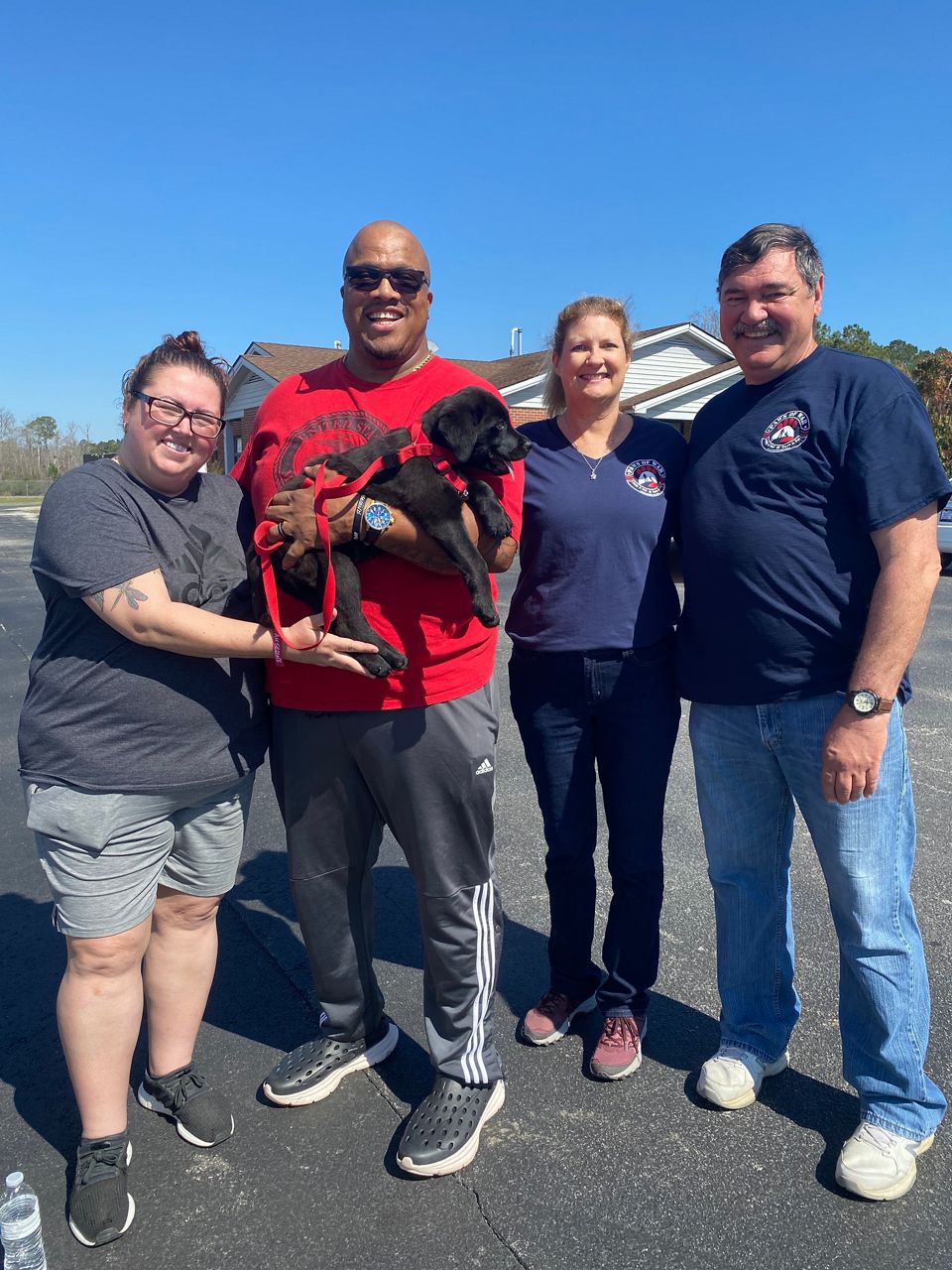 Pairing veterans with rescue dogs is only the first step of the job. Training starts next. The goal is to teach the owner how to train the dog with the hope that they will eventually become a certified service dog.

The Paws of War headquarters in New York also started a War Torn Pups and Cats program. The program helps reunite military members with rescue animals that they bonded with while serving overseas.

Paws of War volunteers are also helping out in Ukraine by feeding animals left behind by people forced to flee the violence.

The local chapter of Paws of War is currently focused on eastern North Carolina, but they hope to expand to the rest of the state in the future.