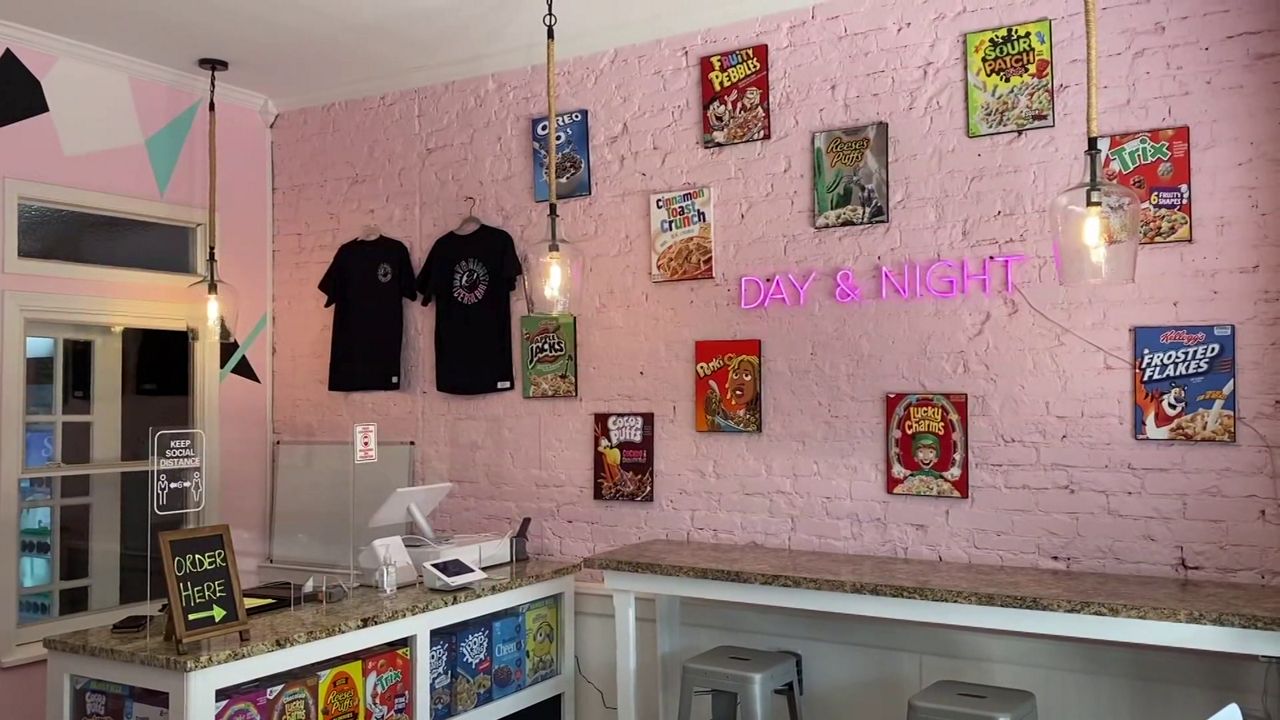 You’ll find cereals you grew up with and some you didn’t even know existed.

“This is out shield with our imported cereals from all over the place," said Co-owner Greg Robinson. “Whether it’s Mexico, Europe, wherever. Fan favorite right now is Blueberry Captain Crunch, coming straight from Canada.”

Danielle Booker and Robinson say memories of sugar highs and watching Saturday morning cartoons are the inspiration behind their new business in Uptown.

If you're like me and dairy isn't your thing, they have options for you too! ❌🐄

“This was one of my favorite foods growing up,” Booker said.

They say, unlike Saturday morning as a kid, you’re in charge when you step into Day & Night. You can mix cereals and you don’t have to share.

“It’s kind of just bringing that feeling from being in the kitchen as a kid, being yelled at. Now I can’t get in trouble for it, mixing and matching any cereal I want,” Robinson said.

If you’re not interested in mixing cereals, they’ll whip you up a milkshake with your choice of non-dairy ice cream, milk and whipped cream.

According to the National Bureau of Economic Research, Black-owned businesses plummeted by 41% this time last year due to the COVID-19 pandemic.

Booker and Robinson say, despite the odds, they were determined to open and prove theirs and other Black-owned businesses can thrive.

“We want this to be an opportunity for other people, couples to be an inspiration,” Robinson said.

Day & Night is the third in a chain of cereal bars across the country. The next locations are slated to open in Maryland and Atlanta.