GAS PRICESFind lowest gas prices in Coastal N.C.
NEW PODCAST EPISODEHow Billy Packer loved to be hated
COMMUNITY CALENDARAdd An Event to Our Calendar
GET OUR APPOur Spectrum News app is the most convenient way to get the stories that matter to you. Download it here. 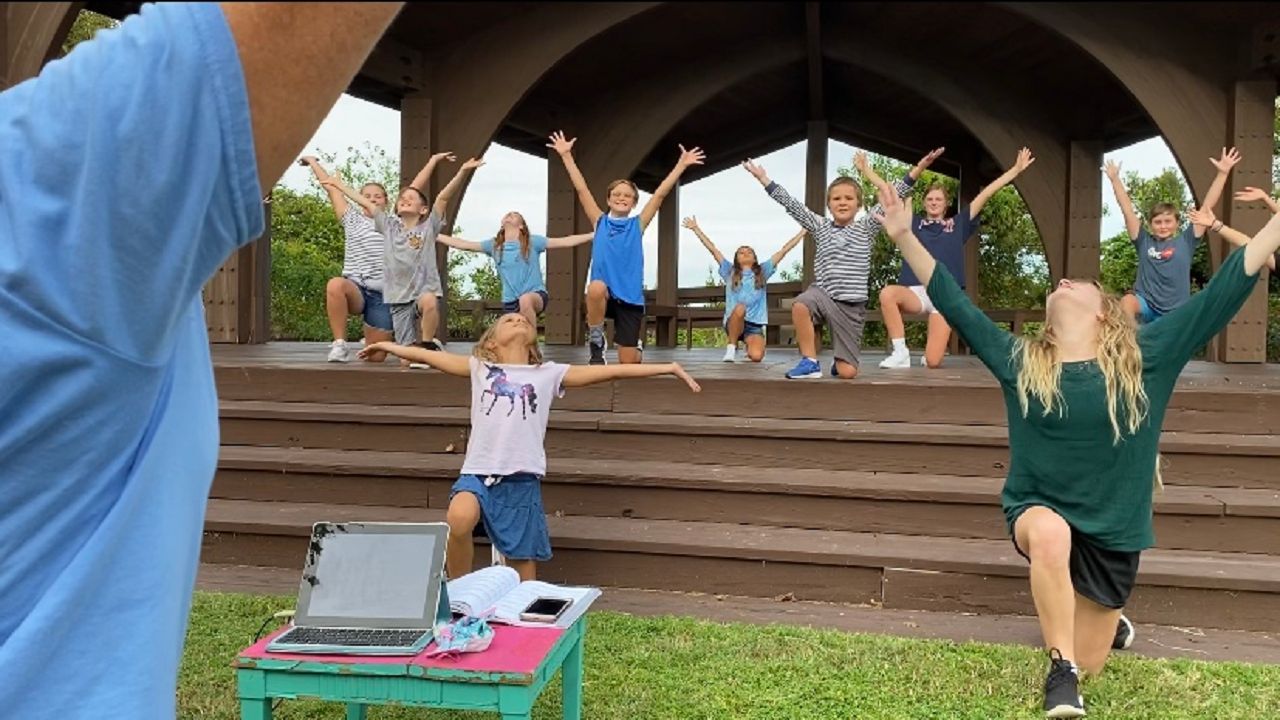 Children's Theater Taking Over the Park

WRIGHTSVILLE BEACH, N.C. – A stage doesn't need curtains or lights to let people express themselves. In this case, all it needs is lots of space for its cast to spread out.

The fifteenth year of Performance Kids Club is happening completely in the great outdoors. The program is using the Wrightsville Beach Park stage in place of a traditional theater space.

Rather than canceling the program, director LJ Woodard decided to move it outside where the kids could spread out and still participate in a performance.

“I have a simple motto,” says Woodard. “I always like to say, 'We learn by playing and we play by acting', and this is a great setting.”

Parents started reaching out to her when school began, asking if there would be any opportunity for a theater program this fall. The interest has been so great that she has doubled the size of this year's program and is now in the park nearly every afternoon. But she is determined to keep the numbers in each group low so that there aren't any more than fifteen kids there at a time.

The park gives the young performers plenty of space to be creative and theatrical while following social distancing guidelines. For their part, the kids have accepted that props have to be imaginary for now and understand the need to stay further away from each other.

“I think the kids and for me, it's worth it because we're outside, we're active and we're creatively energetic, creatively using our brains in a theatrical way and it's just fun,” says Woodard.

Being outside has its challenges though, the weather being the greatest. If the heat doesn't soak you with sweat, the rain will surely drench you. But Woodard says that every challenge in putting on this year's program is worth it when she sees how happy the kids are to be participating.

She says kids need to socialize as much as adults do and seeing them in high spirits on the stage gives her hope for the future.