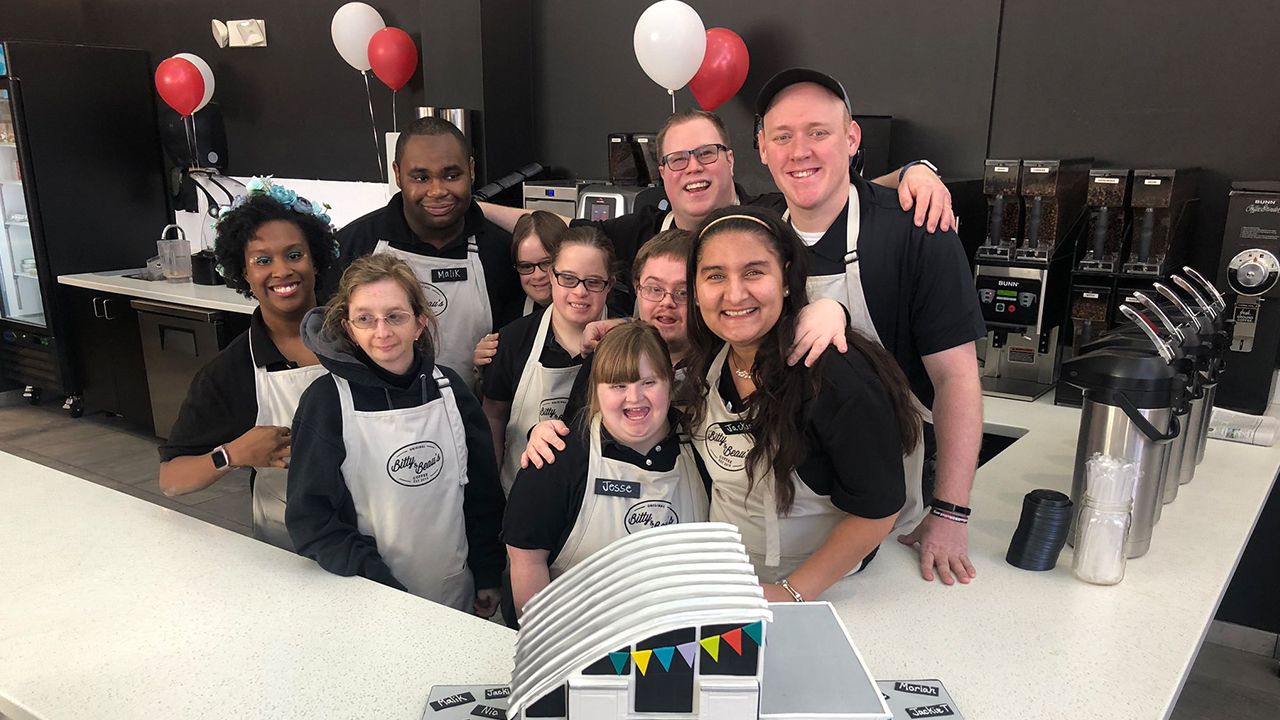 WILMINGTON, N.C.-- Bitty and Beau's Coffee Shop is celebrating their third anniversary at their Wilmington location.

Amy Wright, founder of the business, says when they originally thought of the idea they, "knew it was the right thing to do in our community and we just hoped people would show up."

She got the idea for the coffee shop because both of her children have Down syndrome and she wanted them to have a place in the community they would feel welcomed and loved. She and her husband, Ben, had no idea they would get to where they are now.

@bittyandbeaus is celebrating their 3 year Anniversary today!
They encourage everyone to come by today and grab a cup-a-joe and enjoy good company!! ☕️ pic.twitter.com/igbxyKDABq

They started off with 19 employees in a building measuring 500 square feet. Now, they have three locations and 80 employees. Wright says they wanted to make their anniversary celebration about their employees because they really make this possible. She says watching their personalities and skills blossom is what it's all about.

"They are hardworking. They are loyal. We have very little turnover; they take their jobs seriously. They practice what they need to at home if there are any skills they are working on and they are just dedicated to their job" Wright said.

Some employees at Bitty and Beau's, like Jackie Colten, say to be given a chance to have a job is an indescribable feeling. Colten remembers sitting at home when her mom told her she had gotten the job and she says it was the most amazing experience she has ever had.

Bitty and Beau's has opened up two other coffee shops in Charleston, South Carolina and their newest location is in Savannah, Georgia.