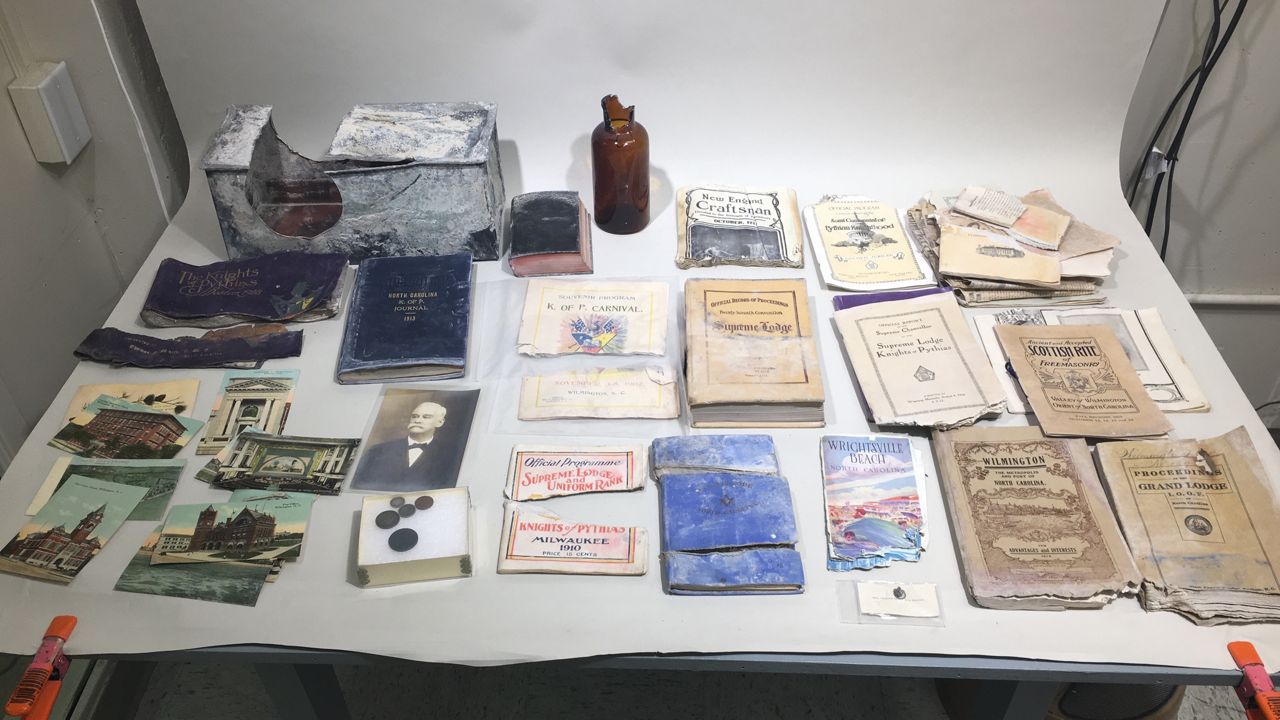 WILMINGTON, N.C. -- A new set of collections is available at Cape Fear Museum.

A secret society and fraternal order, The Knights of Pythias, buried a time capsule in 1914 and it was accidentally discovered in April.

"A lot of the material in there looks similar to the things that the Masons would have," said Heather Yenco, Cape Fear Museum Curator. "So it's kind of interesting, if it was a secretive group that, that stuff was left in a time capsule for people to find."

In the time capsule were the society's books with their proceedings, pictures, postcards, coins of the day and more.

The artifacts are now in Yenco and the museum's care, after a construction company found them.

Monteith Construction bought a building for their company headquarters in the beginning of the year at 208 Princess Street. They were renovating to get up to fire code in April, and while drilling into the concrete cornerstone of the building they noticed they drilled into something significant, so they immediately stopped to see what it was.

"We then found the newspapers with the day of the actual dedication and that's when the excitement really started to build," said John Monteith, the company's CEO. "Because we started to get some time lines to when this all happened."

Newspapers that they found in the capsule now hang in the lobby of their building. Monteith said they had no idea it was once owned by the Knights of Pythias.

"We just loved, kind of, the old bones of the building but it was in relatively dire need of renovation and updating, so it was a fun project for us," said Monteith. "This was just completely an added bonus along the way."

The artifacts are a little sliced up because they were found drill first, but there was no marking to indicate the capsule was there, or instructions on when to open.

"If there wasn't a hole drilled into that part of the building during renovations, we probably never would have found it," said Yenco.

Monteith Construction is looking for the relatives of those mentioned in the time capsule.