NEWSLETTERSign Up For Our Weekly Newsletter: Charlotte Snapshot
TRAFFICCheck Out The Latest Traffic Conditions Before You Hit The Road
WATCH NOWExploring Your Health with Erin Billups
SCHOLAR ATHLETESchool employees can submit nominations for deserving athletes here
NEW PODCAST EPISODEBefore Super Tuesday, hear the closing arguments from the leading NC primary candidates for U.S. Senate and Governor.

How Do We Combat Hate in the Digital Age?

I recently met a man who says he would have proudly served as a Nazi guard at Auschwitz.

“That potential rests inside every human being given the right or the wrong pressures and circumstances,” Tony McAleer told me. “Anything would have been possible.”

Auschwitz in Poland is perhaps the most commonly known Nazi concentration and death camp. Beginning about eighty years ago, during the Second World War, more than a million people died there -- Jews, Poles, Roma (gypsies), Russian prisoners of war, children, women, men, old, young -- many asphyxiating in gas chambers before their bodies were burned.

Tony McAleer is a former neo-Nazi. We met in Los Angeles, at the Museum of Tolerance, which teaches the history of the Holocaust to create a more accepting world. The sit-down was one of the hardest interviews of my career.  I’ve had some anti-Semitism thrown at me over the years, but never was the hate so candid.

McAleer does something entirely different now: he steers white supremacists to paths of respect. He co-founded the group Life After Hate.  I went to him and others for my series “Untangled” to find out how to stem a steep surge in hate crimes -- a noxious trend that I naively had figured would be a relic.

In 2017, the last full year on record, there was a 17 percent increase in hate crime incidents, the FBI says. There’s a decent chance there’s a similar spike in your neighborhood. Even in my hometown, New York City, with its well-deserved reputation for tolerance, hate crimes are up 67 percent in the first four months of this year compared to last year. This, even as the total number of serious crimes is down in New York.

In North Carolina, reports of hate crimes directed toward minority communities have gone up, including anti-semitic incidents and the murder of three Muslim students.

Much of this hate is fed by the Internet and social media. In the first quarter of 2019, Facebook says it took down four million hate speech posts. Who knows how many it missed? Under intense criticism and scrutiny, the company is continuing to sharpen its policies -- recently banning a number of high-profile extremists.

But not all hate speech, online or otherwise, leads to physical violence. And while we may agree that violence is and should be illegal -- we are divided over how, if at all, to regulate speech, to regulate even the most odious, offensive remarks.

For the past few weeks, I’ve tried to examine these questions: how should we maintain the vigorous First Amendment protections I cherish, even for the most personally disgusting of beliefs? And how do we keep odious hate speech from mutating into violence? We mostly focused on Facebook because of its dominance.

Kristen Clarke is president & executive director of the National Lawyers’ Committee for Civil Rights Under Law. The organization traces its founding to the Kennedy administration, and largely focuses on ensuring rights for African-Americans.

“Back in the 60s, people used to put on hoods, and march through the streets at night, and now we know that many of these people are organizing behind computer screens,” she told me. “When we're talking about people and organizations that are inciting violence and promoting racial violence, you're crossing a bright line and to us there is no gray area,” she added.

The title of a new book from Nadine Strossen neatly sums up her position: “HATE: Why We Should Resist It with Free Speech, Not Censorship.”

“Well intended as censorship is, it is at best ineffective in redressing the problems of hateful attitudes and actions -- and at worst counter-productive,” said Strossen, a professor at New York Law School and former president of the American Civil Liberties Union.

She notes that countries like Germany that regulates hate speech (without the liberties afforded Americans under the First Amendment) are themselves in the midst of spasms of anti-Semitic violence.

The View of the former Neo-Nazi

Decades ago, as he tried to spread neo-Nazi ideology in his native Canada, McAleer used technology that seems quaint now, but was advanced then: a computer-operated telephone voice messaging system. The Canadian authorities took notice, going after McAleer under Canadian human rights law.

“We would say that ‘See, you know, we’ve got this information, they don’t want you to have it, and they’ll go to any lengths to stop you from hearing it.’  That makes it more enticing - it makes it more forbidden fruit type of thing.”

He supports the sentiment behind Facebook’s crackdown -- but wonders if hate speech will simply move to harder-to-track sites.

McAleer and others instead offer novel ways to combat hate -- like committing donations to nonprofit organizations every time hate-filled tweets are retweeted. The group also provides counseling.

That prescription for this noxious era resonates most with me: human interaction, with compassion. It takes patience; McAleer’s deradicalization was many years long. Still, his story shows that reconciliation and respect are possible, even in the most unlikely of situations.

“Part of my journey is going back to those communities that I’d harmed, acknowledging the harm that I did,” he told me.

For McAleer, that meant a recent trip to Auschwitz -- not as a would-be killer, but as someone seeking peace.

“Having been a former neo-Nazi, a former Holocaust denier, I had to confront myself,” he said. 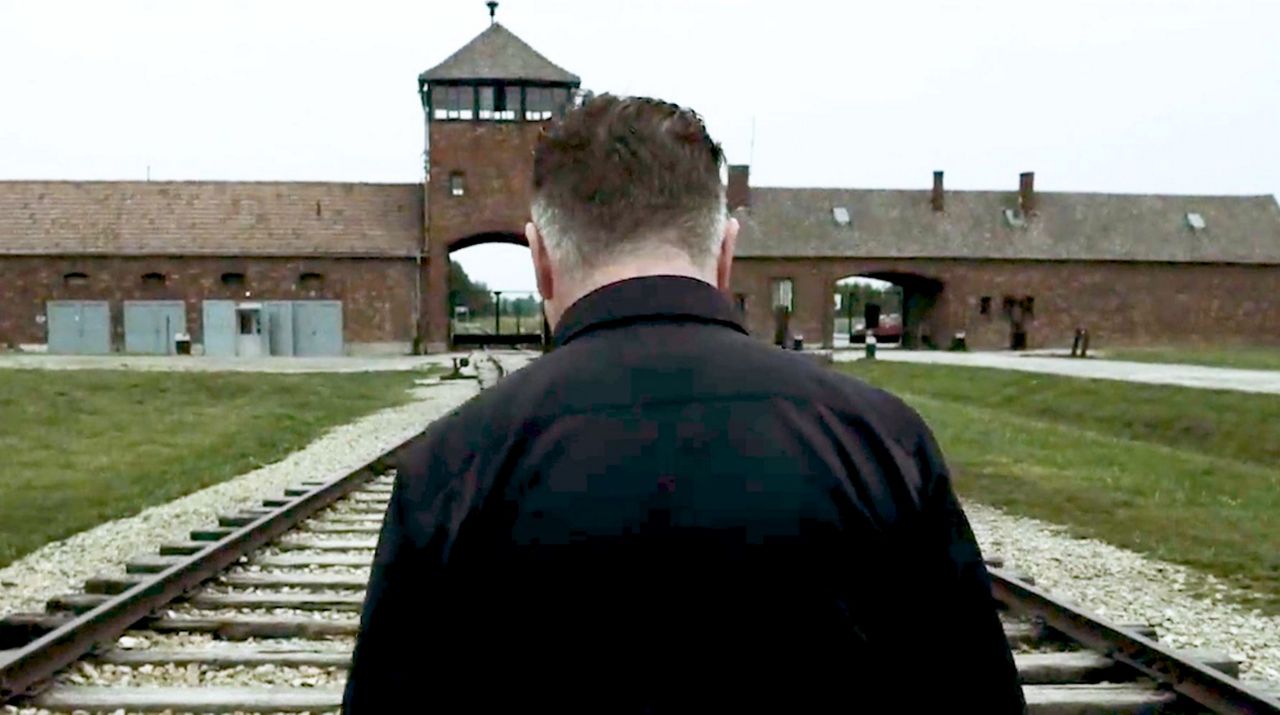