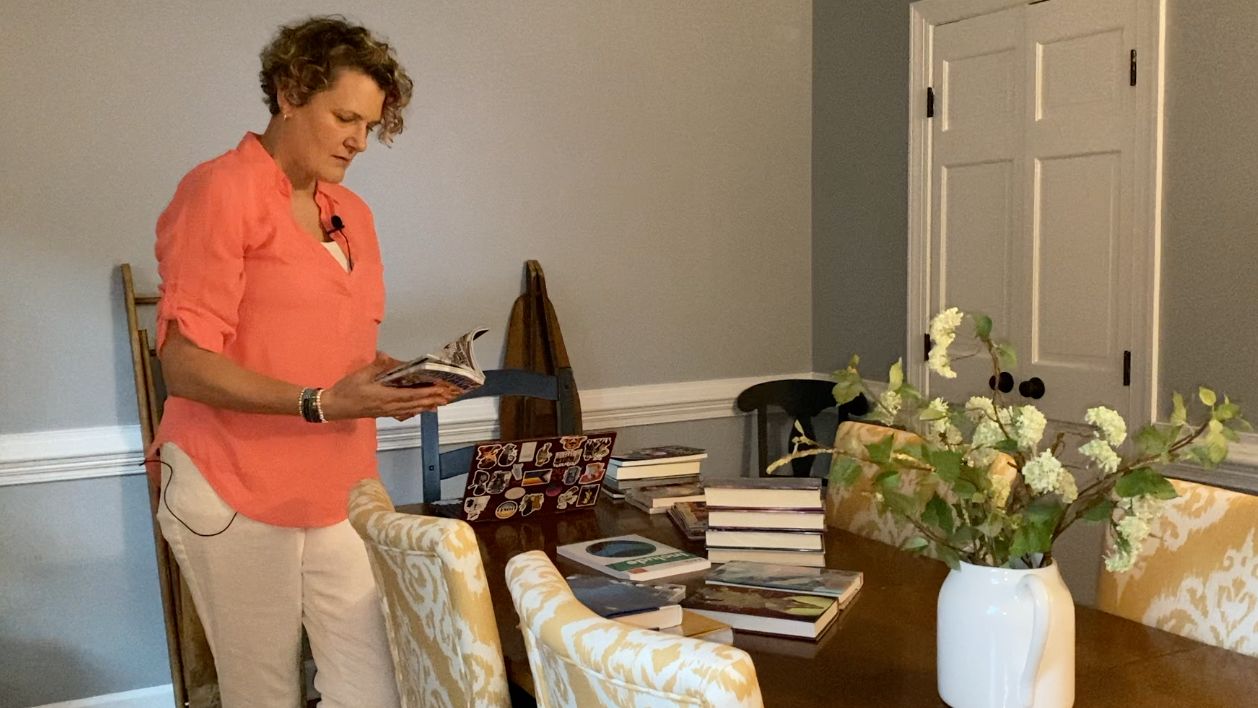 RALEIGH, N.C. — Julie Stivers always has her nose buried in a book, but the Wake County librarian isn't reading for pleasure, she's reading with purpose.

"I always want my collection to be the truth, right? Like the beautiful diversity that we have in our school is our reality, and I'm tapping into the tapestry not just with my students, but with reflecting the world," Stivers said.

"I'm a firm believer that we should be only reading the same books that we were reading 20 years ago," she said.

A lot of time and energy goes into Stivers' book selections for her middle schoolers, including hours of research. Stivers tells us she isn't just a librarian, she's an advocate.

And for her, the two words are interchangeable.

"Every student has the right to have a mirror when they read and see themselves reflected back and all of their beauty and power, but also, books should be a window into another world we don't know," Stivers said.

As Stivers reflects on another year gone by, she says the book banning movement came as a big surprise.

"If you look at the list of books that are typically challenged in various states, overwhelmingly those books are written by and a center BIPC, Black indigenous people of color and or queer authors and characters," she said.

Stivers says it's crucial to note librarians only include age relevant materials in their collections.

"You know, librarians have been called horrible things that aren't true. When all we want to do is inspire students to read and for every student to be able to see themselves," Stivers said.

Stivers can empathize with all parents who only want the best for their children as she is a parent herself.

"Every educator I know wants to be a partner with their student's families. If you happen to see a book and think, 'my kid won't want to read that...' it's fine. Your kid doesn't have to! But there might be another kid that that book will be literally lifesaving for them and that's something my students have told me, is that book literally saved my life," she said.

The Parents' Bill of Rights passed in the North Carolina Senate in June, however, never made it past the state house.

It will likely need to wait until next year's long session to be brought up again.

Some controversial parts of the bill include banning the instruction of sexual orientation and gender identity for kindergarten through 3rd grade. Also, requiring public schools to notify parents if their child changes their name or pronoun.