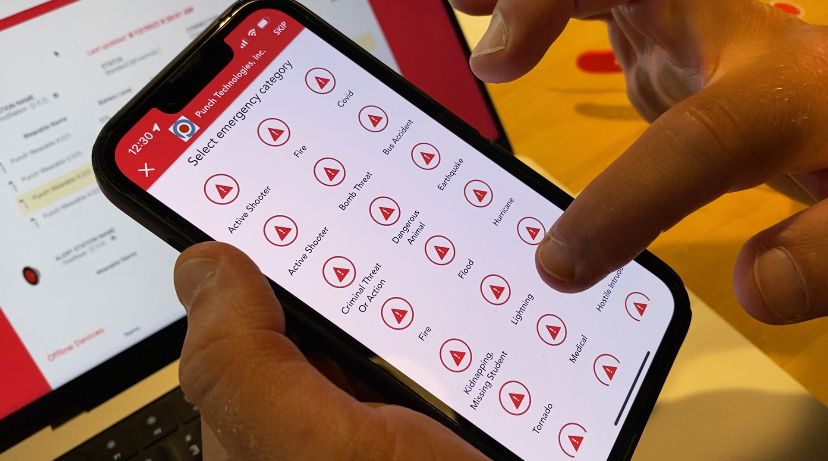 CHARLOTTE, N.C. — Updates are coming to an app aimed at protecting students and employees during emergency situations.

Greg Artzt is a father of two. He has a background in technology and created the Punch Alert app after learning of the Sandy Hook Elementary School shooting in December 2012.

"That was very emotionally devastating," Artzt said. He and his wife had a 3-year-old and a newborn at the time.

In 2014, Artzt launched the Punch Alert app. When a school or business pays to use the software, it streamlines communication for all employees to communicate with each other, start a conference call or call the police if necessary.

"Your colleagues, your response team knows when you start that call and when you end that call, so they have awareness," said Artzt. "There are too many instances where too many people call 911 or nobody calls 911 for several minutes into the emergency and that can be costly."

Artzt says updates on the app launching this year will enable law enforcement to know the exact room within a building where an emergency is taking place.

He says Punch Alert is currently used by YMCAs in Charlotte and Raleigh, and several private schools in Charlotte, such as Providence Day School.

"Our goal is really to make this a standard," Artzt said. "To make this type of technology ubiquitous enough that no matter where you are — as an individual, or as an administrator or a responder for an organization — that you're safe and connected in that facility."