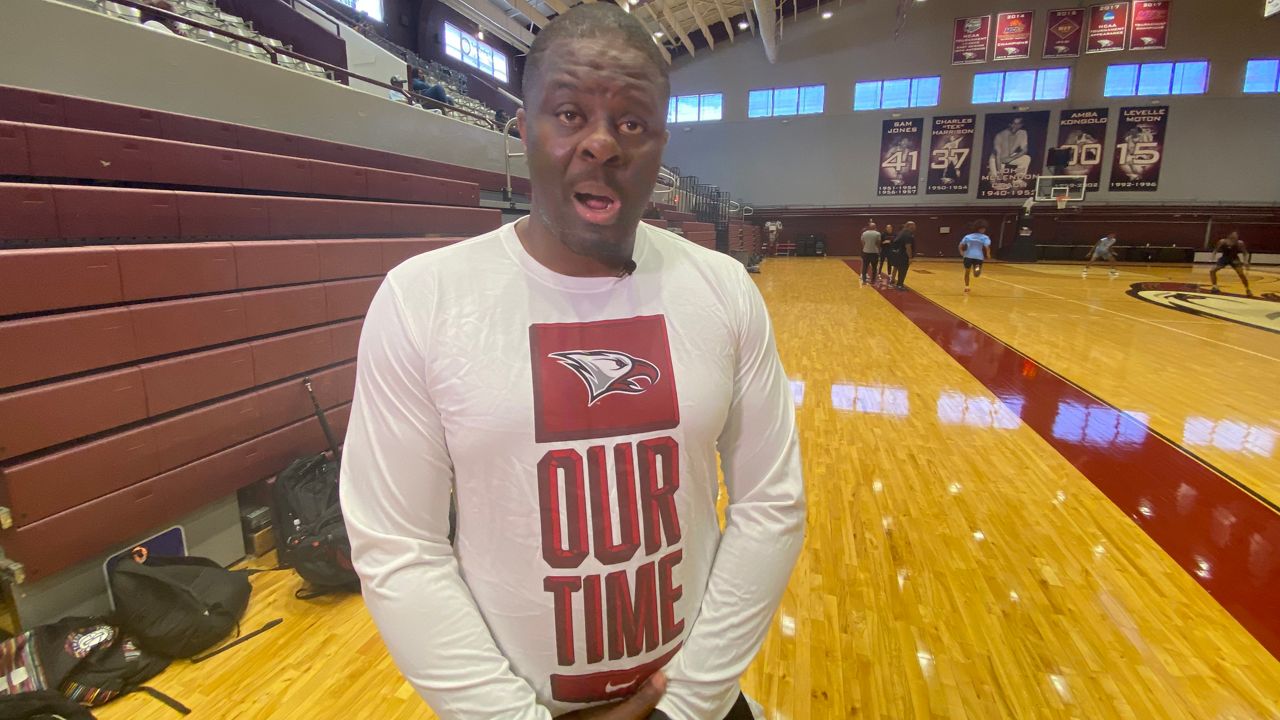 Coach LeVelle Moton grew up in the Roxbury neighborhood of Boston

He retired in 1969 with 11 NBA championships and a legacy that lives on to this day. He died Sunday at age 88.

His loss was felt around the globe because he was more than just a basketball player: He was also an activist and social justice pioneer.

One local HBCU coach, N.C. Central men’s basketball coach LeVelle Moton, looked up to him as a child growing up in Boston.

“He was a hero. He was a businessman. He was more than just a basketball player. I tell people to this day: 'Basketball is what I do. It’s not who I am,'” Moton said.

Moton said you can find Russell’s influence on the world of basketball at any court in America. Some of those intangibles you saw from No. 6 as a Boston Celtic were being taught by the NCCU coach at one of his summer high school camps Friday.

Moton, 48, is one of the all-time leading scorers in school history. He just loves the game.

“For me it was everything. It was a lifesaver for me,” he said.

So were the qualities Russell embodied on and off the court. The selfless leader left quite the impression on Moton as he grew up in the inner city of Boston.

“I was not only just a basketball coach but a historian of the game, right? I understood what they did and the sacrifices that they made along the way for people like me,” he said.

Even as kings of their time, he said you could spot many of the Black players out in his Roxbury neighborhood. To this day, more than half of the residents in the community are not white and often face socioeconomic challenges others do not. Moton said before he left the city on a hill at 9, it was not unusual to see players like Russell and one of his teammates, and Moton's mentor, Sam Jones, in their neighborhood.

“Bill Russell had such a cultural impact along with Sam Jones,” he said.

This was at a time in the 1960s and '70s when even northern communities were segregated.

“Back then the Celtics players could only hang out in Roxbury, because that was the Black part of town,” he said.

Now he tries to pass on Russell's social justice mission to younger players. Moton says he wants every kid who picks up a basketball to also win at life.

Moton finished his career at NCCU as the third all-time leading scorer. As a coach, his teams have won multiple conference championships.