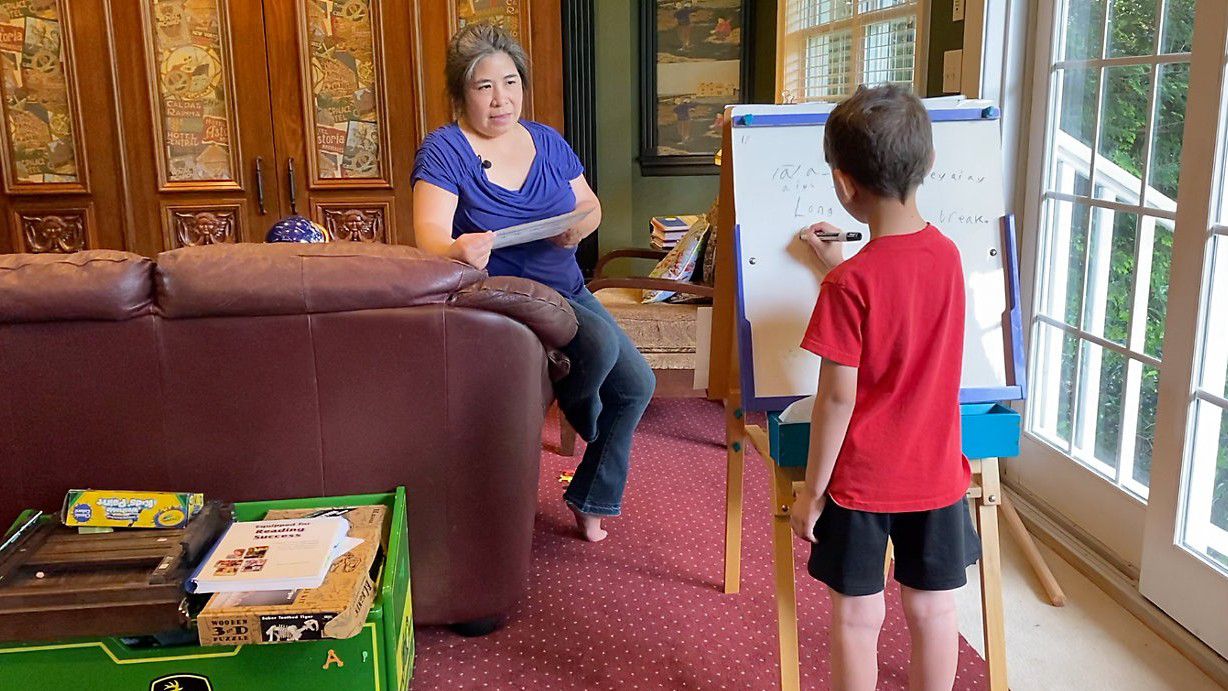 RALEIGH, N.C. — Trang Huynh-Watts isn't a teacher. Over the past few years, however, she's had to become one.

Her two boys are dyslexic, which is a learning disorder affecting the area of the brain that processes language. It's something Huynh-Watts says she discovered in her eldest son, Alex, much too late.

"At the end of year, by April, he was still on the same books, and he was crying saying 'mommy, everyone has moved on,'" Huynh-Watts said.

That was back in kindergarten.​

After spending thousands of dollars on medical tests, Huynh-Watts says she learned the truth about her son's dyslexia.

She believes with proper training, however, a teacher and reading specialist could have saved her worry and expense.

"The grade two teachers who are supposed to be teaching these skills do not know what phonological awareness is, phonemic awareness is," she said.

Today, Alex is reading at a 3rd grade level, and is going into 10th grade. There is still a financial burden to trying to overcome this condition, with hundreds of dollars per week going toward tutoring.

"What typically happens for students like Alex is that they don't have the stamina to do longer reading pieces. They get very tired, very fatigued easily reading two, three, four pages, which is required for high school," Huynh-Watts said.

A spokesperson from the Department of Public Instruction says reading proficiency for first graders from 2018 to 2019 was at 71% out of 110,000 kids.

In 2021, the N.C. General Assembly passed a law requiring mandatory "science of reading" training for all teachers who teach pre-k through 5th grade reading, along with training one administrator per school.

"LETRS" stands for language essentials for teachers of reading and spelling. It uses techniques like phonics where you associate letters with sounds and understand how they are used together to create words.

For the Huynh-Watts family, the training is much too late. Her other son, Emory, is in 4th grade and still struggling.

"[A task I was doing with Emory,] it should be done within 2 seconds. You can see that he's not quite there, but some of the manipulations it takes him 10 or 15 seconds to do," she said.

Huynh-Watts hopes the training will be of help to all kids, especially those with dyslexia, and she hopes it's implimented the way it should be by educators.

"There are people that devote their whole lives to doing this type of work," Huynh-Watts said.

Looking back at her own family's struggles, it saddens her to think some kids may never even know why reading and writing are so difficult for them.

"If you cannot read and write, there's always this mentality you are not as bright as the next child in your class and you go through your whole life thinking you're stupid," she said.

Huynh-Watts says her two boys have made significant strides with their weekly tutoring, which is especially important with the PSAT coming up for Alex.

Despite his reading level, Alex is an honors student.

The Department of Public Instruction says the LETRS training will take 80 hours per year for two years.