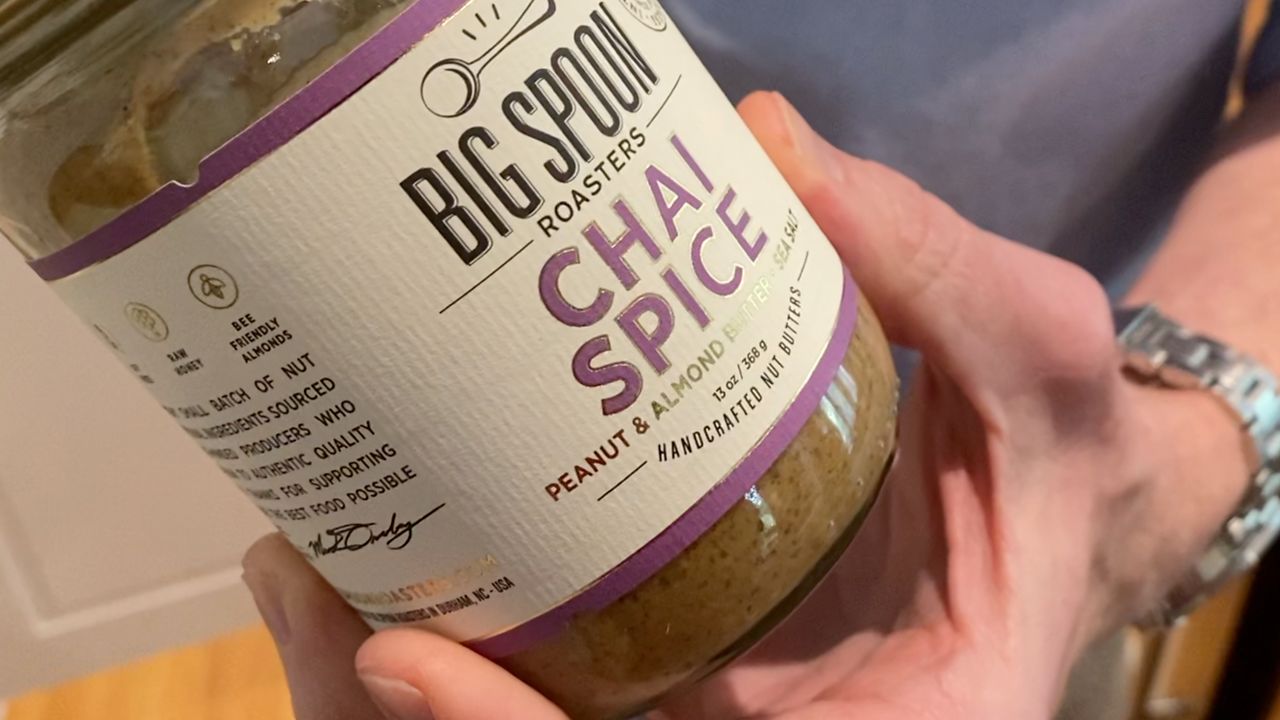 DURHAM, N.C. — North Carolina is home to a nut butter company that has customers in countries across the globe.

Big Spoon Roasters makes nut butters and snack bars in Durham, and is now​ asking for people's support as they move into an even larger facility in Hillsborough.

Mark and Megan Overbay are the co-founders of the business, and their story starts with humble beginnings.

“I was a Peace Corps volunteer in Zimbabwe in 1999 and 2000, and one of the things I missed the most about being away from the United States was peanut butter, one of my favorite foods," Mark Overbay said. "So I was really excited to find out the community where I lived grew a type of peanut, and a lot of people roasted them and crushed them with stones into a paste.”

Mark Overbay ended up using that experience as inspiration years later when he was back in North Carolina to start the company. And Megan Overbay was also making her own homemade energy bars at the time.

"In my early years, I was a triathlete, and I was doing a lot of long rides and long runs with a bunch of my friends," Megan Overbay said. "They [energy bars] became kind of popular with my friend group, and then I met Mark and then after we started Big Spoon, we were like, 'Oh my gosh, let's start making them with the nut butter.'"

In their early days, they started selling their creations at the Carrboro Farmers' Market, eventually getting so popular they moved into a full-scale production space in Durham. Now, they sell their products to 800 retailers in the U.S., Canada and Europe.

And they aren't just catering to humans, but dogs too, with their Wag Butter.

"Mark did a whole bunch of research on ingredients to figure out what would be best for dogs, and so he found things that were good for dogs' digestion and good for their coats," Megan Overbay said. "They have no added salt or any sugars, and that's perfect for dogs and their health." 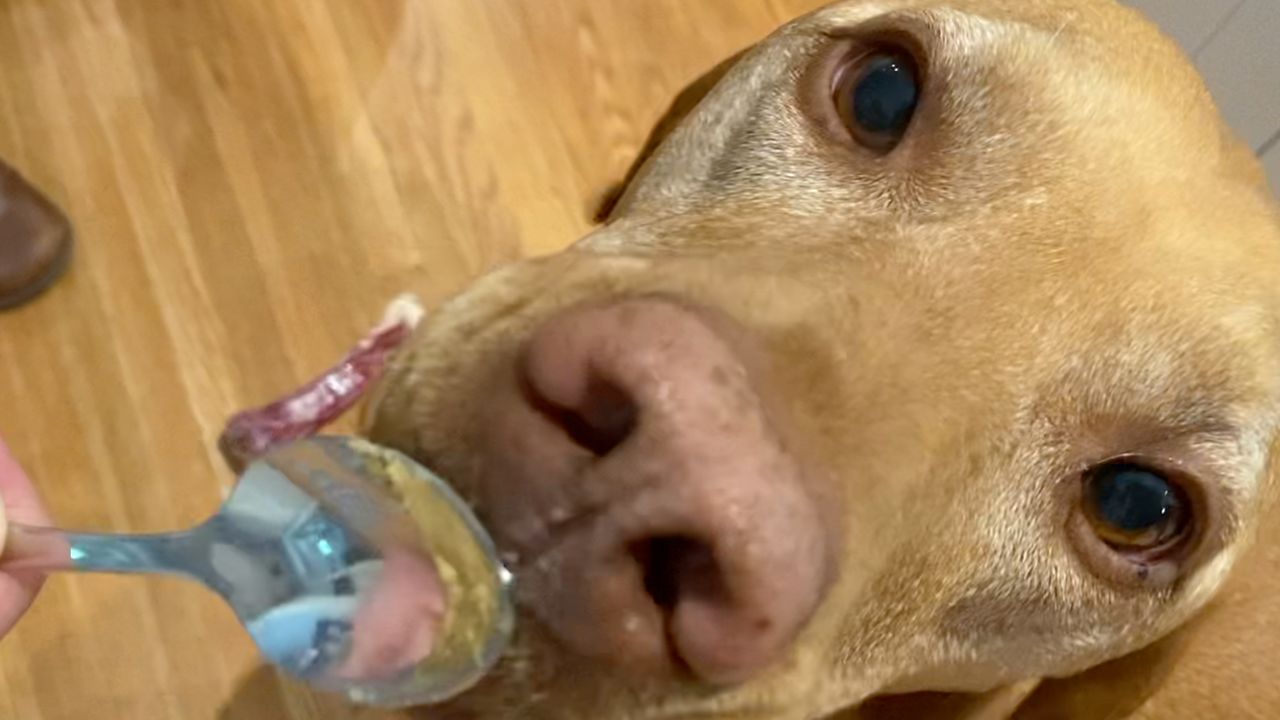 Now, they've been selling their products for more than a decade, with a special story and inspiration behind every flavor, like the Chai Spice nut butter that Mark created for their wedding day.

"I had just started Big Spoon Roasters. And Megan really loves chai tea and was drinking a lot of chai tea at the time," Mark said. "So when we wanted to create wedding favors for our wedding, we decided to put those two things together into a Chai Spice, peanut butter and almond recipe."

As the flavors and customers have increased, the Overbays have outgrown their production space in Durham. That's why they're moving into a new location in Hillsborough in July.

The 20,125-square-foot facility is more than three times their space in Durham and will allow them to create new products, hire more people and grow their business.

They have launched an Indiegogo fundraising campaign to seek community support for the expansion and are aiming to self-finance the buildout. If you want to support them, you can find more info here.

"The amount of space we are going to have in this new facility is something we have always dreamed about," said Mark Overbay. "There are products and product lines that we have not released yet, that we have sort of on the back burner in our plans that we just don't have room to make...But this space will allow us to do all that and more."

The Overbays hope to start production out of their new space in August. 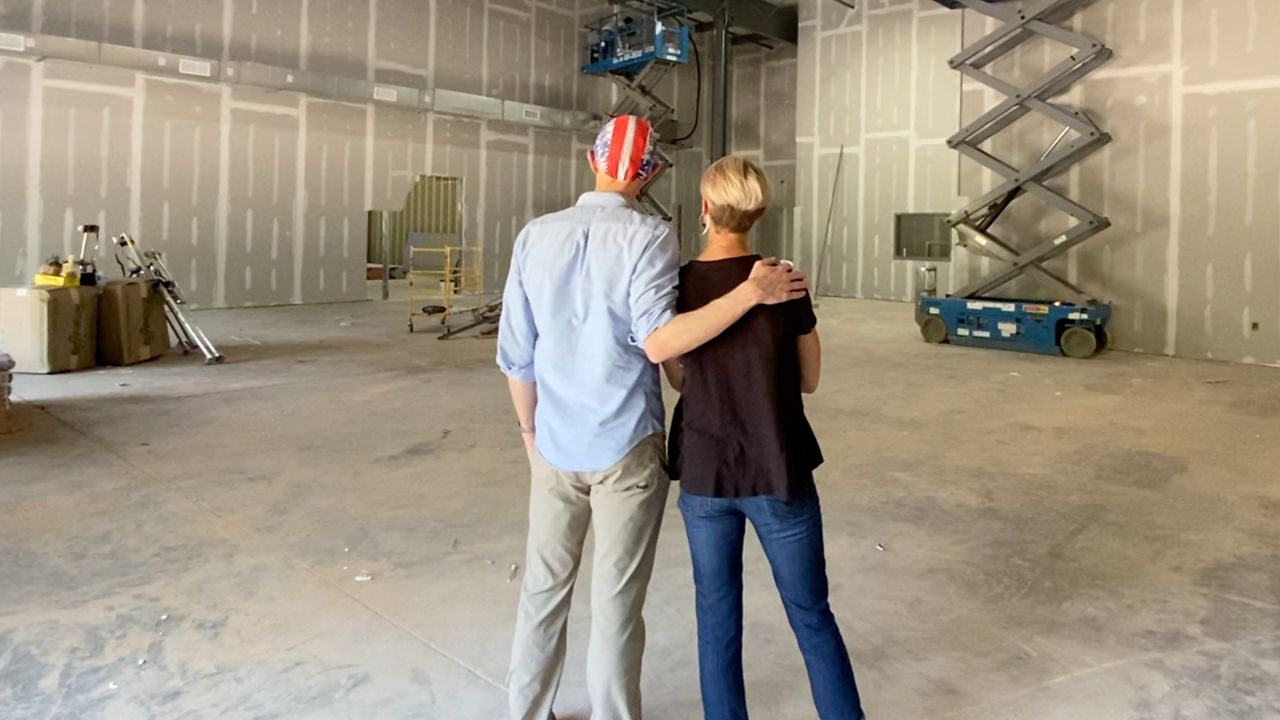