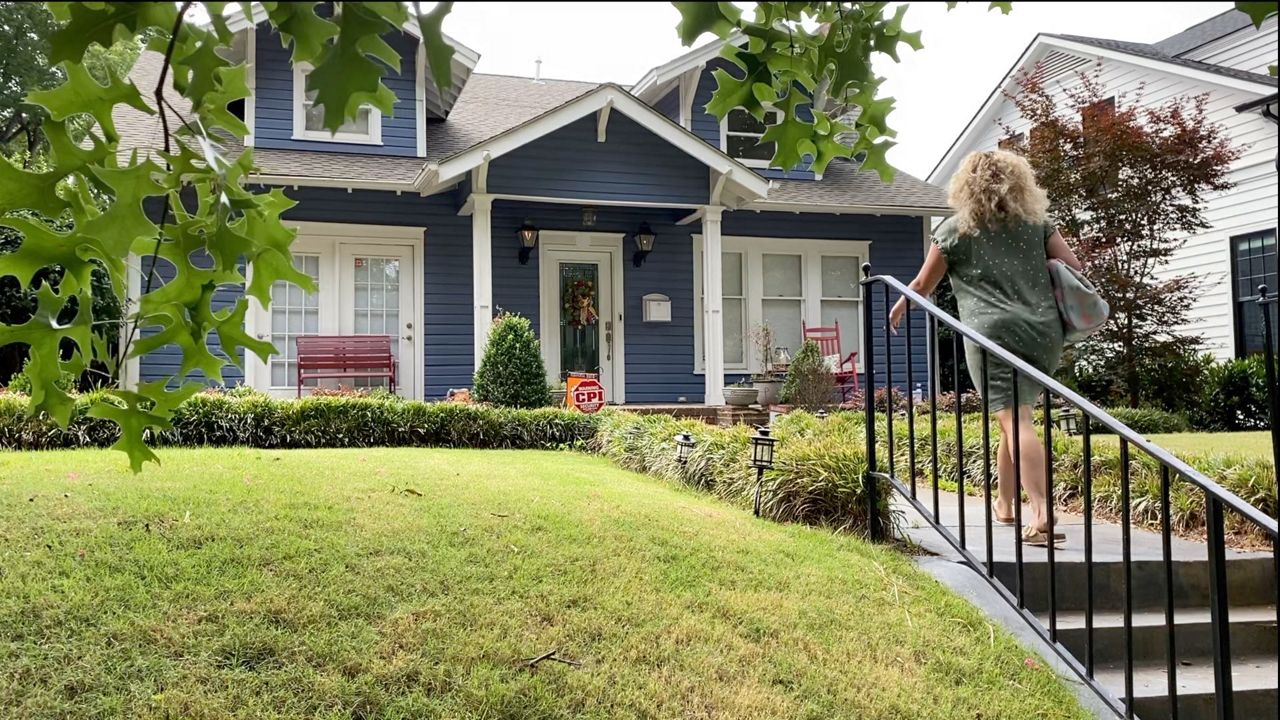 CHARLOTTE, N.C. — An area of west Charlotte is on the brink of explosive change.

Real Estate Broker Brooke Harrelson says the city's Enderly Park neighborhood is becoming one of the hottest spots to buy in Charlotte. Harrelson says homes have been selling in a matter of days.

"[Many homes] keep the old world charm of what this neighborhood was, while adding updated features for how people like to live today," Harrelson said. "And then being walking distance from the city."

Harrelson has been showing homes on the city's west side for about five years. She switched from medical sales to join her friend's firm, Yancey Realty.

"It's just something that I enjoy," Harrelson said. "And, oh by the way, it's paying my bills."

Harrelson says listings in the area have increasingly become competitive over the last year.

"I have experienced as a buyer's agent, more than not, multiple offers here in the west side of Charlotte," Harrelson said.

Harrelson was recently involved with a listing that went viral. She helped a client buy a small home with no operating kitchen for $265,000 dollars.

"I think people see the value of these neighborhoods that are so close to the hustle and bustle of Uptown and South End," Harrelson said.

Enderly Park is one of a few neighborhoods in west Charlotte experiencing explosive growth, from home sales to nearly a dozen new restaurants, breweries and shops popping up along Tuckaseegee and Thrift roads, according to Harrelson.

"One in particular is Slate Interiors which is one of my personal favorites," Harrelson said. "They spent 12 years in Plaza Midwood, and now they're moving to Wesley Heights."

Harrelson lives nearby in the historic Wesley Heights neighborhood. She purchased a home built in the 1930's about two years ago.

"If I didn't do it then at the rate this neighborhood was growing I would be priced out," Harrelson said.

Harrelson lived down the road before moving, but she wanted to cash in on the home for its early 20th century charm. It's also complete with modern upgrades and a backyard for her two dogs, while being next door to Uptown and South End.

"It's a neighborhood full of growth and people from all walks of life," Harrelson said. "And I love that."

As Harrelson builds her career in realty, she's also mapping out her family's future in the very neighborhood she's helping change.

"I'm walking the walk," Harrelson said. "So, what I believe personally to be a great investment, I'm not just saying that, I've done it myself."