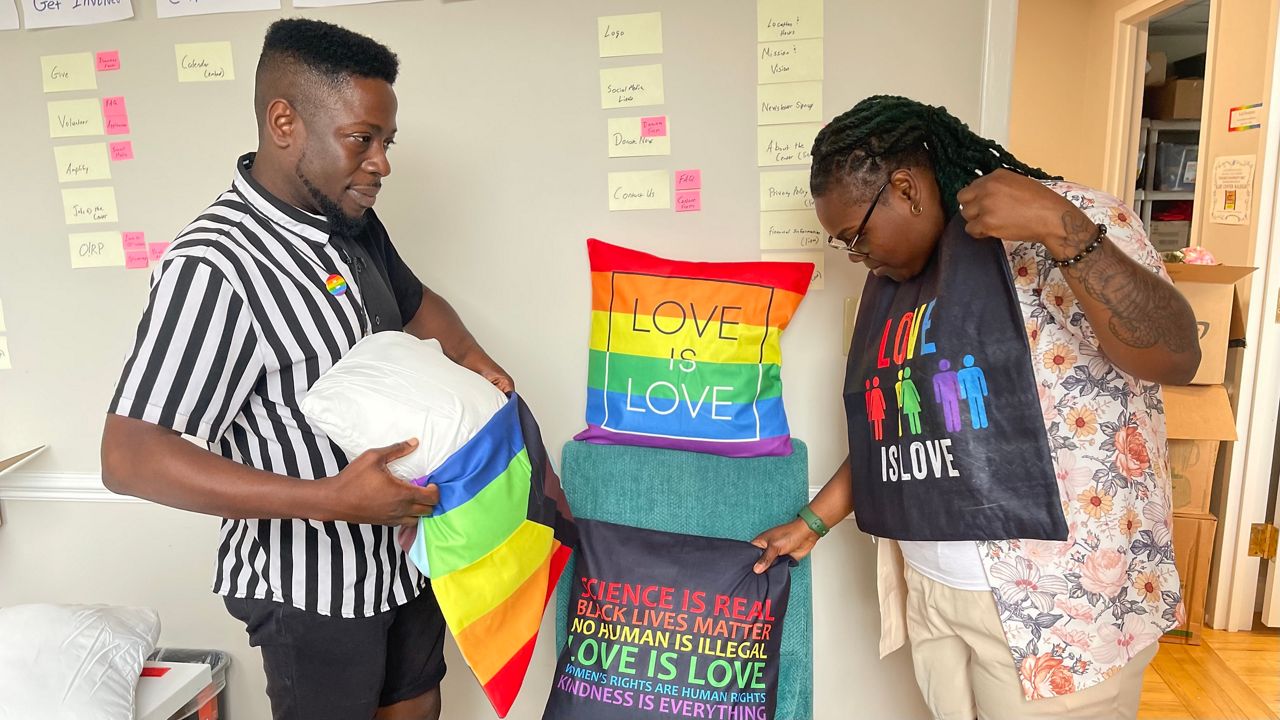 LGBT Center volunteer opens up about his self-love journey

RALEIGH, N.C. — For the first time since COVID-19, Raleigh’s annual pride festival is back in-person Saturday. This year marks 10 years that the LGBT Center of Raleigh has been putting on the event.

Nathaniel Bush, a member of the event’s planning committee, says he’s excited to hug, touch and celebrate queerness with his community and allies

There will not be a parade this year, but organizers have lined up entertainment to hit the stage throughout the day

Nathaniel Bush, a volunteer with the LGBT Center, says he expects thousands of people to show up from the Triangle area, as well as nearby states.

Bush was born and raised in the Orlando, Florida area. One of his best friends was killed in the Pulse nightclub shooting in 2016. The attack, he says, rocked his world.

“For a while I couldn’t find peace. I was depressed, I was self-destructive, and I needed a change of environment,” Bush said. “Coming to Raleigh was definitely such a good choice, because I immediately found the freedom to just go within and start to heal.”

When he moved to Raleigh three years ago, Bush didn’t know anyone, aside from his sister and her family.

He also turned to yoga to connect with himself.

“I like this pose. It’s a warrior pose,” Bush said. “It reminds me to be strong in any fight that life kind of throws my way.”

The support he received from the center was critical for his personal growth to find self-love and happiness. Bush is passionate about writing poetry. His feelings as a gay man flow from his head onto the paper. The center has two of his self-published poetry books, “Fairy Tales, Tragedies & Reality TV” and “Black Thighs Matter,” in its library.

To be a volunteer at this year’s Out! Raleigh Pride event is a chance for Bush to give back to a place that’s done so much for him.

Pride plays a huge role in Bush’s life. He’s excited to see everyone come together in-person, to hug, touch, and celebrate queerness with members of his community and allies.

“Pride is important because the opposite of pride is shame,” Bush said. “And shame is where self-hate lives, and depression, and just all the things that can bring a queer person down, living in this world. So pride is definitely important because we get to take that shame off, we get to dress ourselves in love, in laughter, in comedy, in a bunch of colors, in drag if we want to. So yeah, yeah, yeah pride is everything. Pride is everything.”

The Out! Raleigh Pride festival will not have a parade this year, but there will be plenty of entertainment and food throughout the day. Bush and the planning committee have lined up local artists, comedians, poets, singers and drag queens to hit the stage. There will also be games like “Love is Love” to test couples’ knowledge of each other.