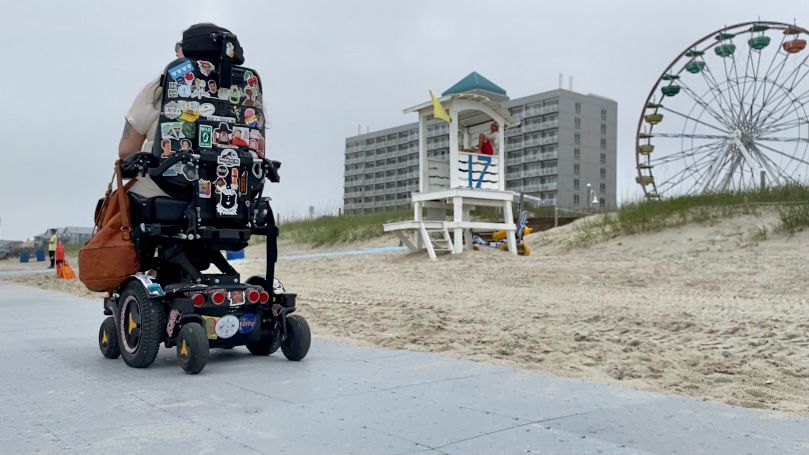 'It opened up my freedom': Creating a wheelchair accessible beachfront

CAROLINA BEACH, N.C. — People love to gather at the beach this time of year to soak up the sun, sand and salt air, and yet there's a portion of the population largely excluded from the ranks of beachgoers.

Carolina Beach is one of the most accessible beaches on our East Coast for anyone with limited mobility or using a wheelchair this summer.

An 1,800 square-foot area of solid mats between two access points allows every person in the community to enjoy a day out at the beach. 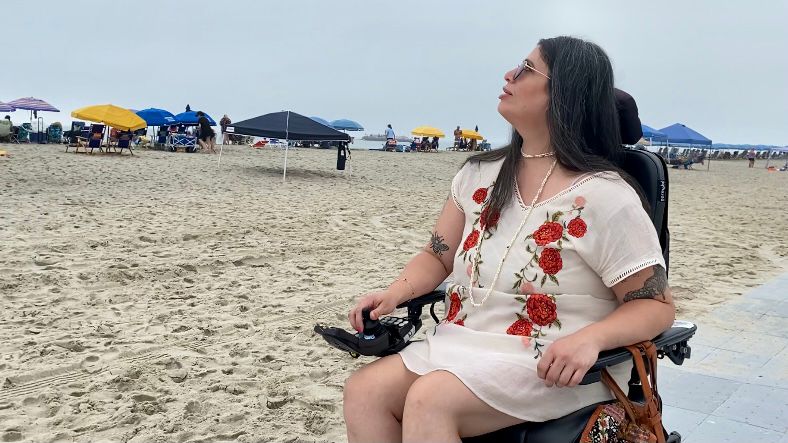 Dani Liptak watches the birds at the beach from her wheelchair

“I want people to know your life doesn't stop just because something has stopped within you,” Dani Liptak, a member of Ocean Cure, said. “Disability, it can be very hard, but when your community and the public spaces you access are accessible, it makes things a lot easier.”

Wheelchairs and sand simply don't mix, which is why Kevin Murphy founded Ocean Cure, the organization behind the beach mats, and one dedicated to helping individuals get the most out of the place they live, regardless of ability. 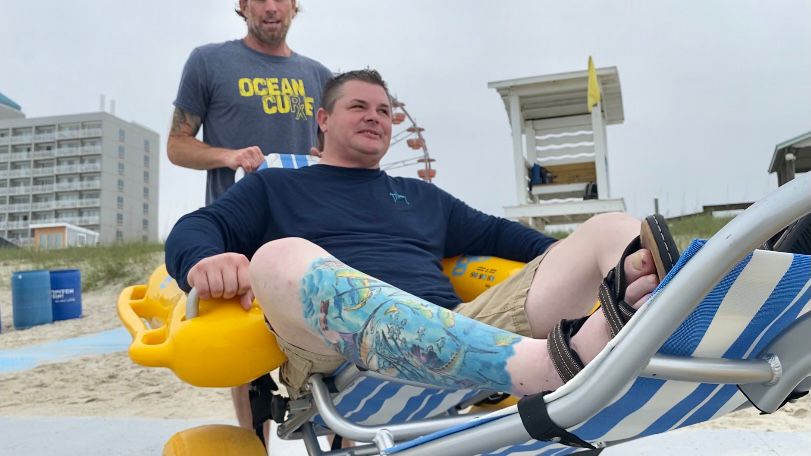 Liptak once knew the freedom of running across the sand to the water before her degenerative disability caught up with her, but these mats have opened up the beach to her again.

“I really loved the idea of being able to go to the beach, but when I got here there was no way for me to access it,” Liptak said. “This is a public beach and to me if an area is public that means everyone should be able to access it.”

The mats do require regular upkeep and have to be pulled up whenever a major storm or high tide event threatens the area, but Murphy says having this on the beach is one of the best ways to build awareness on the lack of accessibility in certain public spaces.

“When you have a walkway that comes off the access and then ends there, you're kind of in the way of everyone else trying to get to the beach, and that can be a really tough thing to feel like you're always in the way, people are always behind you, trying to get around you,” Murphy said.

Alan Earl, who found himself in a wheelchair after a motorcycle accident, says the importance of the seemingly insignificant mats isn't fully realized until it's suddenly your only way to access a beach paradise. 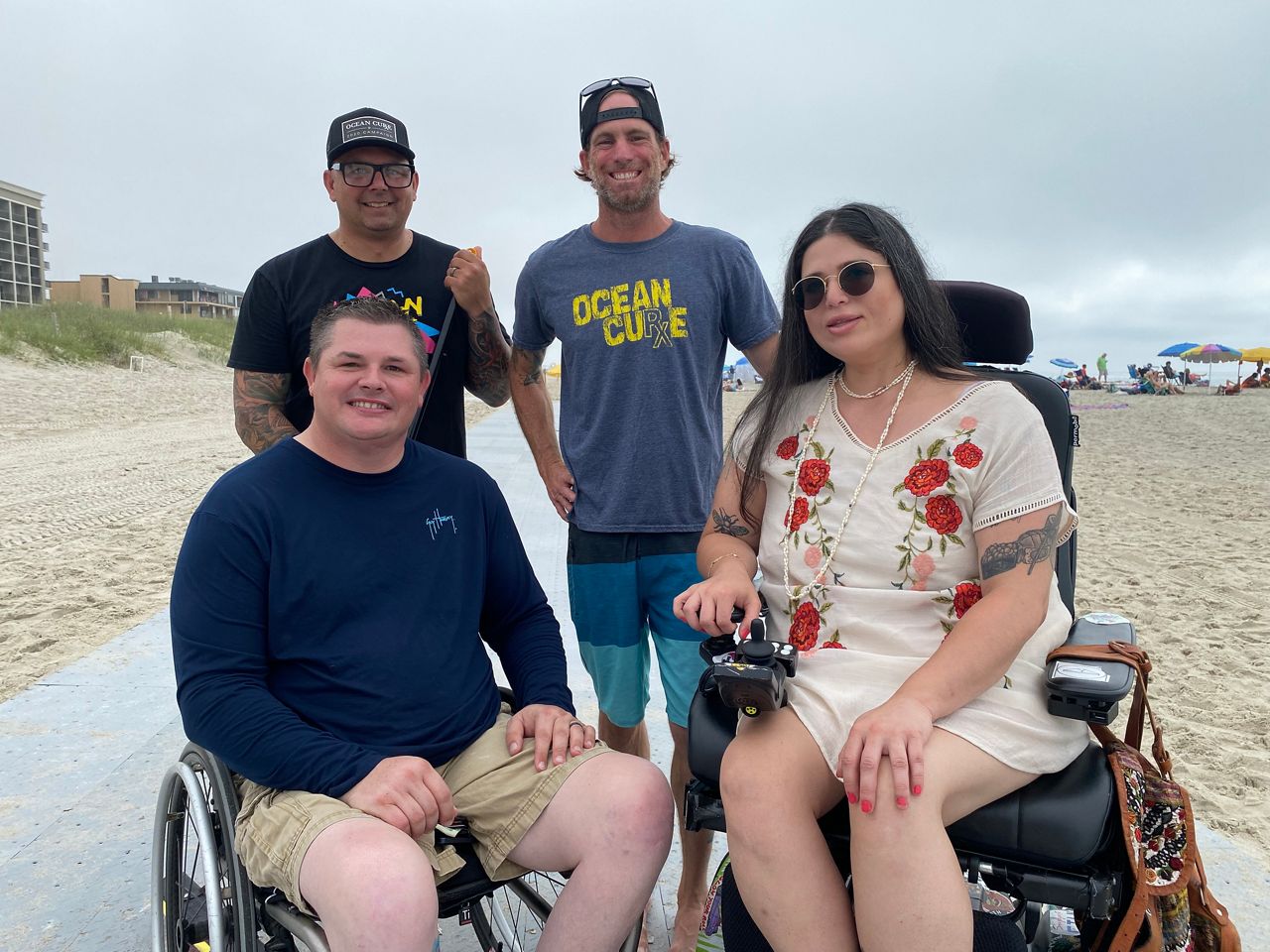 “I got the opportunity to get into a beach wheelchair, and I saw what it was like on the other side of the dunes, and it's a whole new world,” Earl said. “It seems like it's a no-brainer to not exclude anybody from this paradise, but there's obviously, definitely obstacles.”

The future of the mats was recently in jeopardy when permitting issues and concerns about nesting sea turtles, along with shorebird habitat, were raised. Both Liptak and Earl spoke with legislators and wrote letters pleading to retain their rare taste of autonomy.

“I don't have to have anybody else,” Earl said. “I can come out here at midnight if I want to and stroll my little part of the beach. It opened up independence, it opened up my freedom.”

“I just hope that no legislation, nothing ever changes, because this is one of the greatest features that Carolina Beach has,” Liptak said.