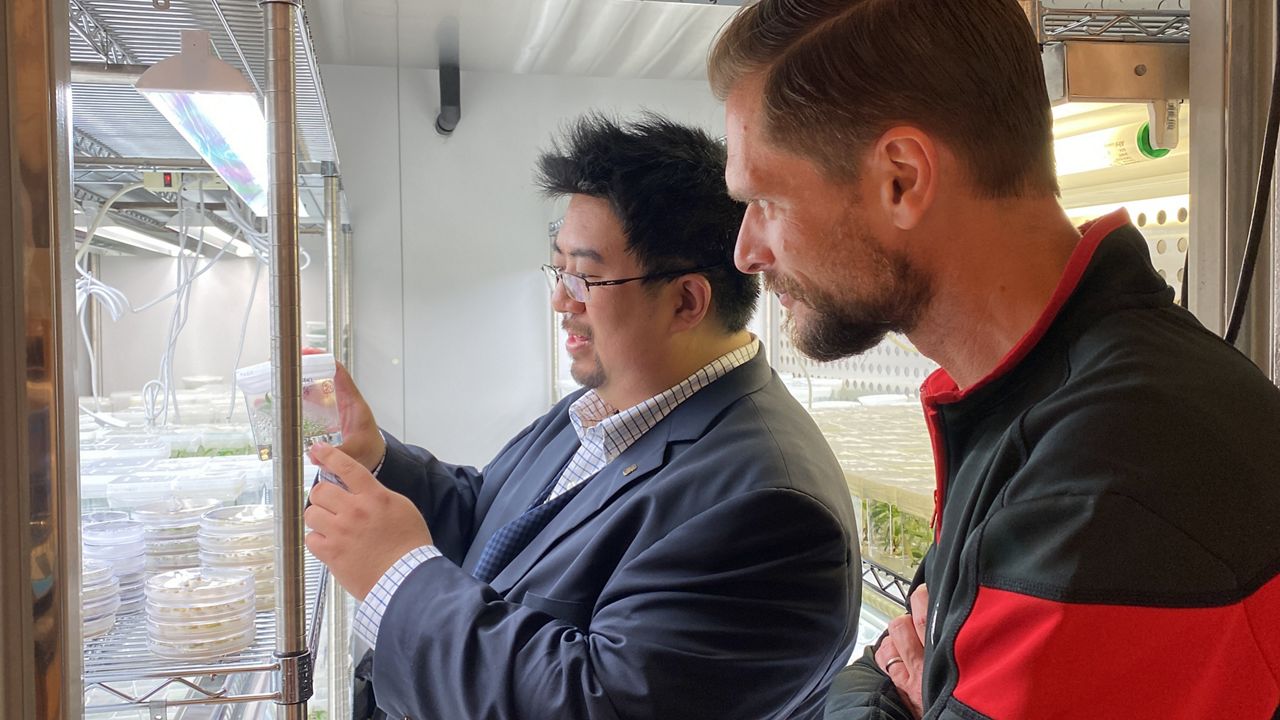 Trees of the future are being grown at N.C. State

RALEIGH, N.C. — Researchers at North Carolina State University discovered it’s possible to design trees that grow faster and even withstand climate change. These discoveries mean companies that rely on timber may be more profitable, and ecosystems may not be destroyed.

“You can see the roots, the rooting network that allows the tree to grow,” Rodolphe Barrangou, a professor at N.C. State and CEO of TreeCo said.

It’s very possible that N.C. State is the only place on earth you’ll find certain kinds of trees, and it was designed that way starting with tree stem cells, little globs that probably don’t look like much now.

Barrangou and Jack Wang, the director of the forest biotechnology program at N.C. State, are the scientists responsible for the stem cells that will eventually grow into trees.

“These eucalyptus species and hybrids, they are the most important economic tree species in the world because of their extremely fast growth,” Wang said.

Trees are an extremely valuable resource, but it’s not very sustainable to make products from wood.

“To turn hardwood into paper is a chemically and energetically challenging, and somewhat inefficient, process because wood is hard and chemically sound. There’s a lot of fibers in there,” Barrangou said.

Barrangou and Wang have figured out how to fix that problem by changing the genetic makeup of trees.

“By editing specific genes that changes the composition of the wood in such a way that they require less energy to pulp, they require less hazardous toxic chemicals and they release less carbon dioxide into the atmosphere,” Wang said.

They can also edit the genes of a tree to make it resistant to pests, disease or withstand drought. They’ve even found the specific gene responsible for the color of wood. 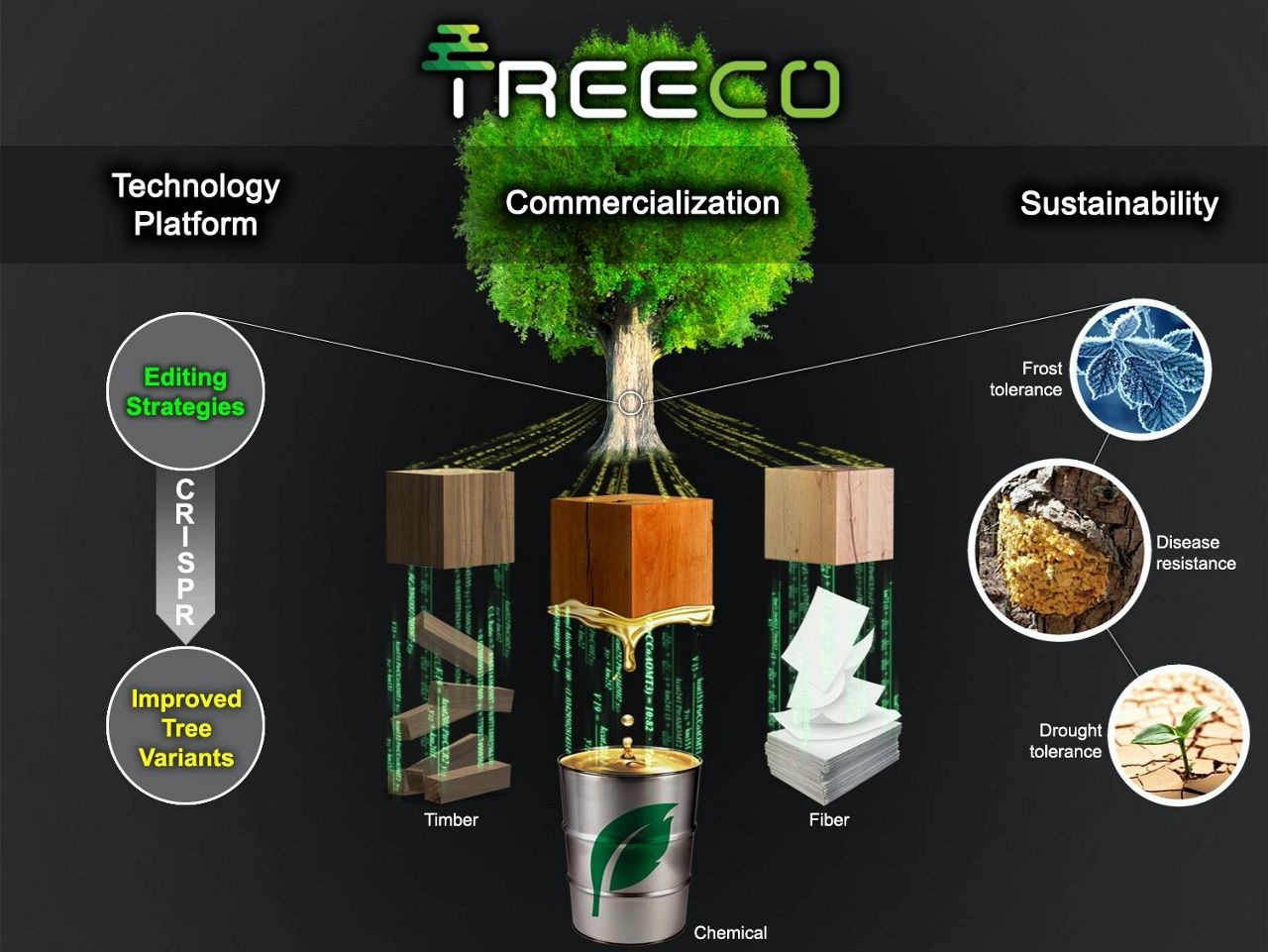 “You can see that the color of the wood is green, yellowish green. Let me show you right here. So from the outside it looks indistinguishable. But we can control the genetics of the tree well enough to recolor the wood on the inside,” Barrangou said.

The process comes full circle after they cut the tree down and collect the wood samples to be analyzed. “This is a wood vault. The most genetically compelling collection of diverse wood in the world,” Barrangou said.

They see this research as a way to help trees withstand climate change and make the forestry industry more efficient.

The trees produced at N.C. State today likely won’t be commercialized at an industrial scale until 2046.

“The work that we are doing now is preparing forests of the world in 20 years from now,” Wang said.

Barrangou and Wang have launched a startup called TreeCo that is helping bring all their discoveries to the market so that foresters can benefit from their findings.