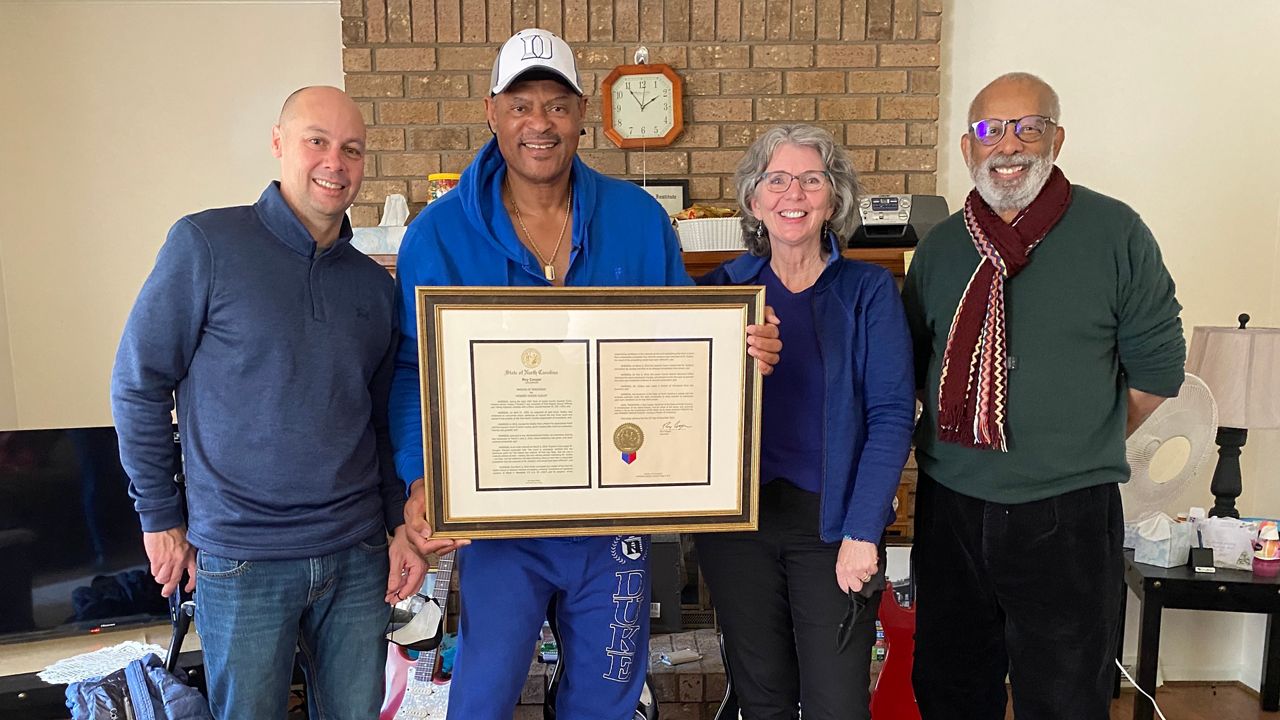 Wrongfully convicted North Carolina inmates oftentimes face a long road back after spending years, or even decades behind bars, and the process of obtaining a pardon of innocence from the governor's office after they are released from prison can be a lengthy one.

This process can take years to complete

The Duke Wrongful Convictions Clinic is helping innocent people gain back their freedom, and they also help former inmates obtain a pardon after they are released, which is a different process. Jamie Lau is the supervising attorney at the clinic, and he is passionate about proving his clients' innocence.

“It's infuriating. It's wrong,” Lau said. “But this is the stuff you deal with, and it's angering. You can see me getting angry just talking about it.”

In 1992, one of Lau's clients, Howard Dudley, was convicted of sexually assaulting his 9-year-old daughter. Although she took back her claim of abuse, Dudley spent the next 24 years in prison for a crime he didn't commit.

Eventually, the Duke Wrongful Convictions Clinic took on his case and brought new evidence to light. Further investigation led the courts to admit they wrongfully incarcerated Dudley, and they released him in 2016. 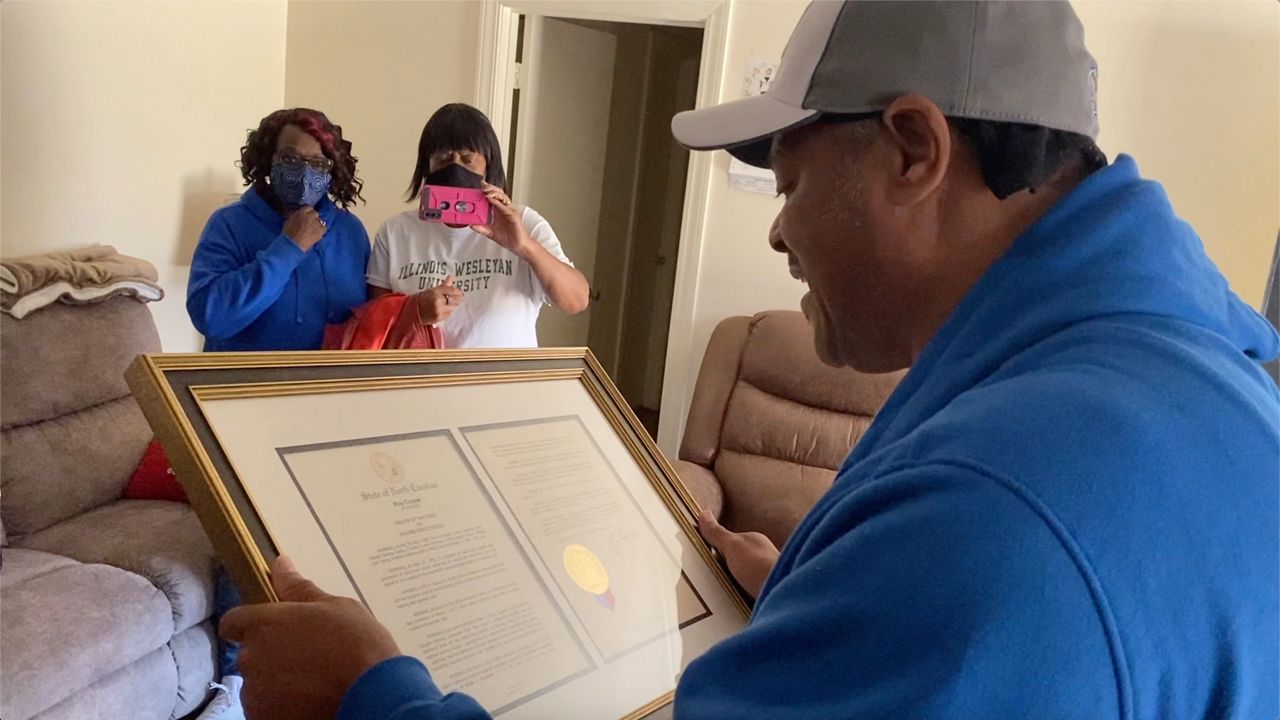 Getting out of prison is only the first step toward justice for the wrongfully convicted. The next step is getting the governor of North Carolina to officially recognize this through a pardon of innocence. The waiting period between step one and step two can be very long and very frustrating.

Lau and his team help some of their clients submit all the clemency paperwork to the governor's office. They helped Dudley submit his application in 2016, but he didn't receive his pardon until December 2021.

“It's sort of inexplicable that it took all that time to review the materials in the case,” Lau said.

Exoneration means the courts officially clear an individual and release them from prison after seeing new evidence of their innocence. A pardon of innocence has legal ramifications. It can clear their record, help them gain employment and get them financial compensation.

Barbara O'Brien works for the National Registry of Exonerations and says even innocent people face a stigma when they get out of prison.

“I think it is really tragic when someone can spend all those years in prison, and then when they get out they spend their remaining years fighting for what I think we can all agree is due to them,” O'Brien said. “A lot of the exonerees say that people don't really understand that I didn't just serve my sentence and get out, or I wasn't released on what some people would consider a technicality, I was actually exonerated. And I think the pardon really adds to that, provides that perimeter of legitimacy.”

Although some people receive their pardon after a few months, others, like Dudley, have to wait years and still others have waited nearly a decade with no response.

Michael Parker completed 22 years of his prison sentence before he was finally freed upon evidence that showed he never committed a crime. He's been waiting on a pardon of innocence since his release in 2014. 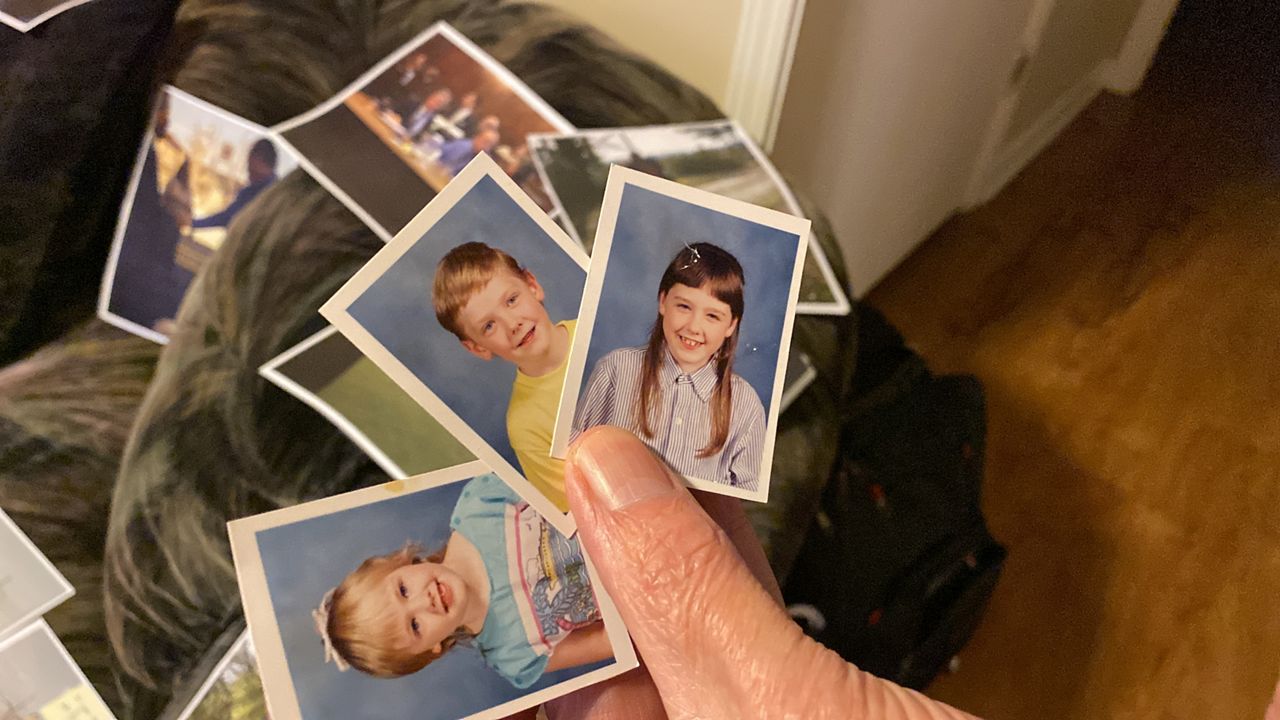 Michael Parker looks at photos of his children from before he went to prison.

“They don't think they can make a mistake, but it's been proven over and over that they have,” Parker said. “For me to walk out of prison and go right back to the way I was, that hasn't happened yet, and it's not gonna happen. Because I lost those years. Those years are gone.”

Now, Parker is working on building his life back, thanks to Duke Wrongful Convictions Clinic.

“It's just hard for me to make sense of why, you know, I get out, I'm exonerated by a superior court judge who went by the facts of the evidence, but yet I've sat here eight years waiting for a pardon that I've never got,” Parker said. “What also comes with that pardon is an admission that I'm innocent coming from the highest individual in the state capacity, which is the governor. And that removes all doubt. That removes everything. That is everything. It's redemption. It's validation of your innocence.”

In December 2020, Gov. Roy Cooper pardoned five people for the first time during his term. There have been a few more since then, including Dudley. But for those still waiting, seeing Cooper pardon others without any update on their own application, is a hard reality to face every day.

“It's really a period of uncertainty,” Lau said. “They're in this limbo period where they don't know if their innocence is going to be officially recognized.”

State leaders have kept the number of applicants largely out of public review. Cooper's press secretary, Jordan Monoghan, wrote in an email:

“Applications for clemency are thoroughly reviewed by the Office of Clemency, the Governor's Office of the General Counsel and the Governor. People who have been wrongly convicted deserve acknowledgment and the Governor will continue to diligently review pardon requests."

“We need to demand that there's greater public awareness for the people seeking this relief,” Lau said.

He says when he sees his clients released and pardoned, it's a reminder of what he and his team are working toward. They have already restored freedom to many clients, but there's still more work to do. 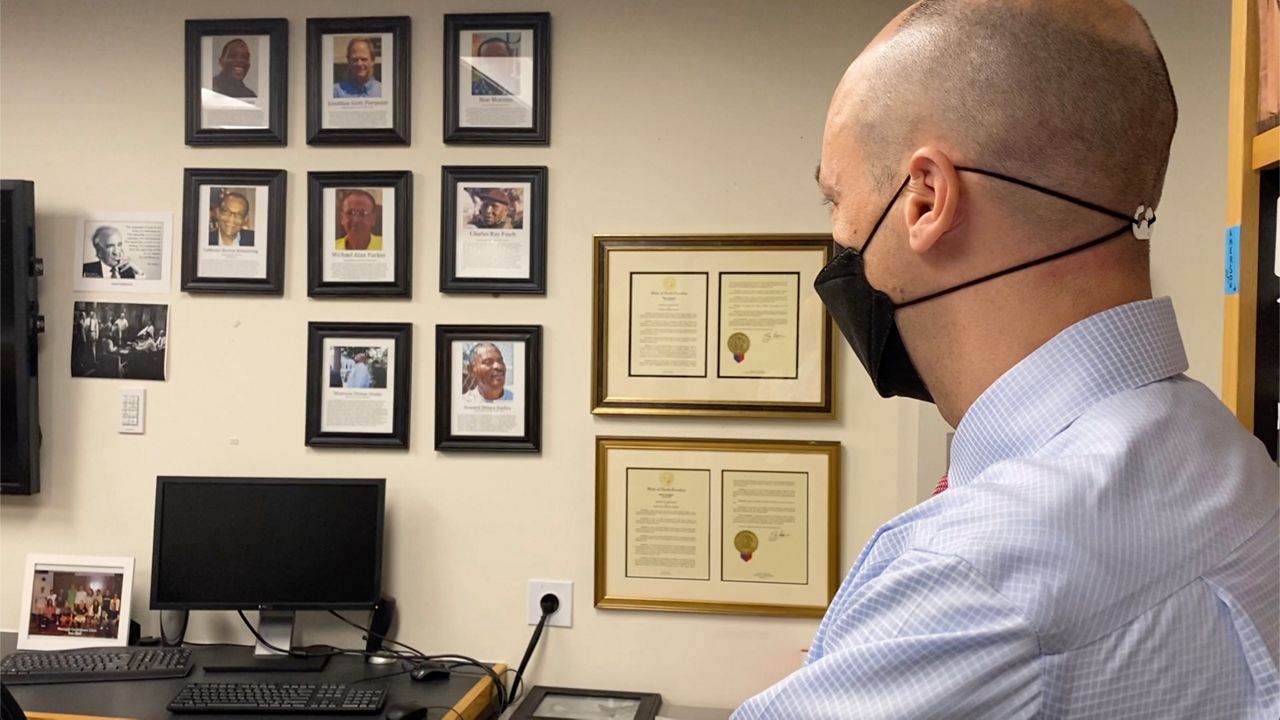 Jamie Lau looks at photos of his clients in his office.

After all these years it feels good to have freedom, and his clients are all about giving back.

“When I go out and do speeches, this is what my speech is always entitled: being a voice for the voiceless,” Dudley said. “Because why? There's some more Howard Dudleys back there, and I dare not forget them.”