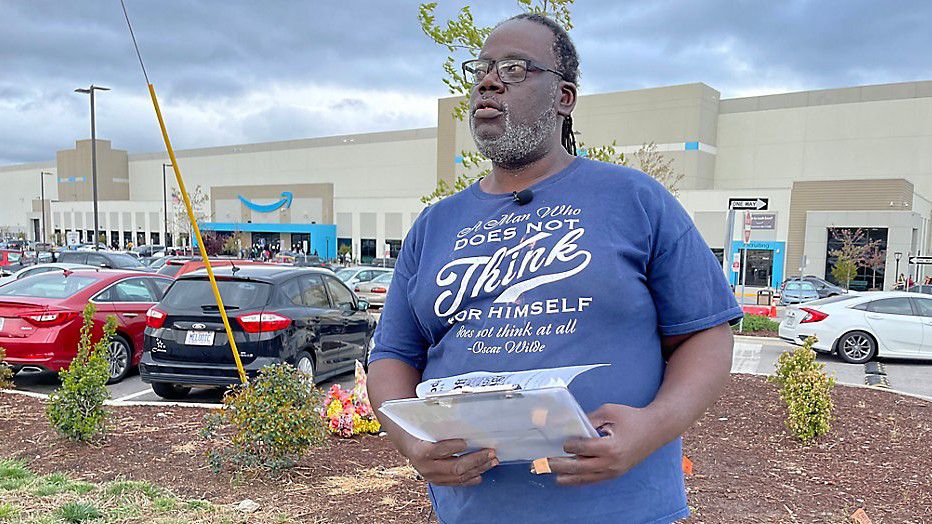 GARNER, N.C. — Amazon workers in North Carolina, and across the U.S., are voicing demands for changes to their working conditions and wages.

Just this week, Staten Island facility workers started voting for unionization. This comes after workers at another New York warehouse voted to unionize at the beginning of April, a historic win for American workers.

RELATED: Amazon union could face a tough road ahead after victory

He’s an organizer with the Carolina Amazonians United for Solidarity and Empowerment or CAUSE, a grassroots organization that’s pushing to form a union.

Elliott and other union organizers hit the pavement to lobby for change, targeting Amazon workers who are off the clock.
The group says they’re seeing a surge in signatures after the union win in New York, the first successful attempt since Amazon was founded in 1994.

“You can tell the momentum is building,” Elliott said. “A lot of people on the inside have heard about CAUSE, and what we’re doing, and they’re down for the CAUSE for sure.”

CAUSE is fighting one of the biggest companies in the world. When the group talks to other Amazon workers, the grievances are similar: they want to improve working conditions.

CAUSE organizers say they’ve collected more than 300 signatures so far.

They want Amazon to increase their hourly pay to $21.50 per hour. Amazon currently pays $15.50 an hour. That’s slightly more than double North Carolina’s current minimum wage, which has been $7.25 since 2008.

“Fifteen dollars and fifty cents an hour. That’s not a living wage,” Elliott said. “The average person living alone, single, regardless of whether you have children or not, cannot make it off $15.50 an hour in Raleigh, North Carolina - let alone Fayetteville, North Carolina."

Elliott, 49, has a full-time job with Amazon. He’s been with the online retail giant for more than a year and a half.

"Everything has gone up. Everything is so expensive. Gas prices have gone up, rent has gone up,” Elliott said.

Elliott lives with his mother and brother and also works other jobs to make ends meet. He picked up a part-time job at McDonald’s to bring in more money.

Elliott lives in Fayetteville, an hour away from the Amazon fulfillment center in Garner. Because gas prices are so high, he sometimes has to borrow money from his family to fill the tank.

Some days Elliott doesn’t eat lunch in order to save money. He’ll get a drink from a nearby gas station instead.

After working a 10-hour shift at Amazon, Elliott takes on a third job.

According to the MIT living wage calculator, the living wage for one person without children in Wake County, where Garner is located, is $19.23.

“As a company, we don’t think unions are the best answer for our employees,” said Kelly Nantel, an Amazon spokesperson. “Our focus remains on working directly with our team to continue making Amazon a great place to work.”