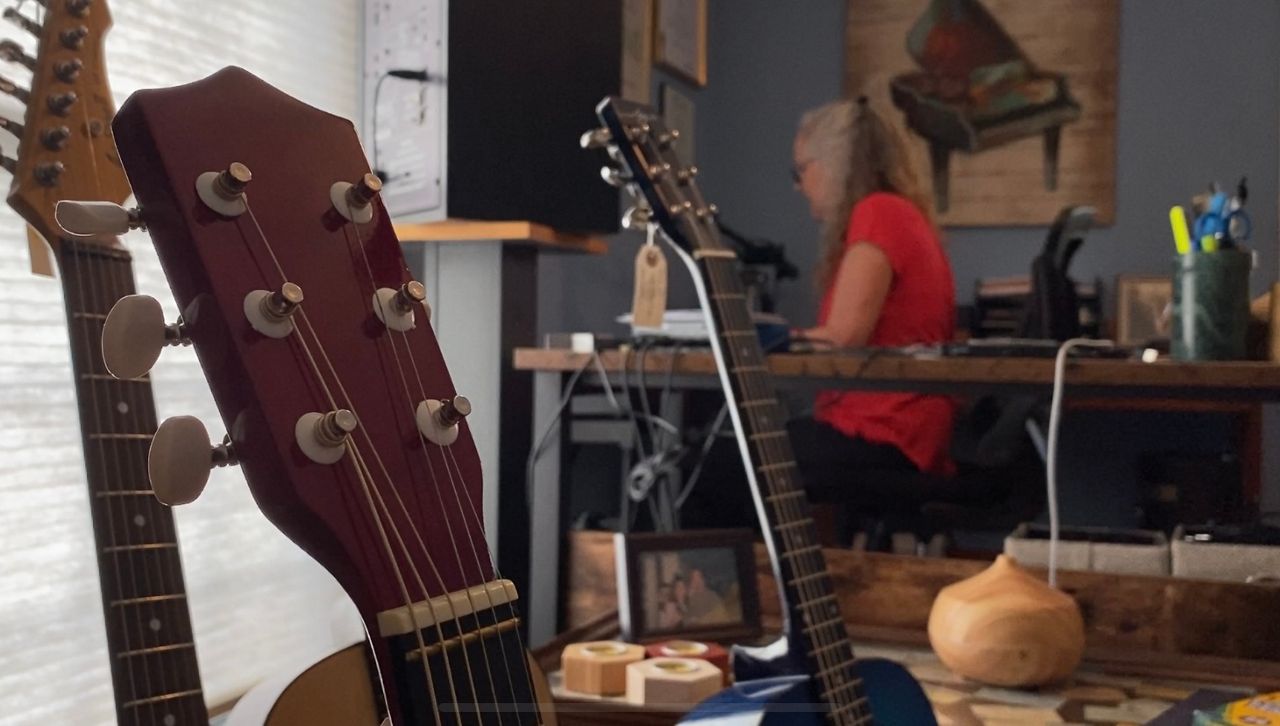 GREENSBORO, N.C. – A Triad woman is using her love of music to make a difference in the lives of others.

Music is a central part of Kristy Jackson’s life. She’s an accomplished songwriter and a talented keyboardist, who runs Triad Musicians Matter, a nonprofit that helps local musicians cover costs during emergencies.

She wanted to share that outlet with a family of refugees from Afghanistan she’s helping to sponsor. The keyboard she put in their home was met with mixed reactions, but she realized the answer she was looking for was in another instrument.

“Hamid had said, ‘Do you play guitar?’ I said, 'I’m just learning, but I know a lot of musician friends, and I bet I could just throw it out on Facebook [to] see if anybody had a guitar. I bet we could get you a guitar,'” Jackson said.

The response was overwhelming – from individual people wanting their unused guitars to find new homes, to professional contacts wanting to help her mission.

“JR Luther at SE Systems has volunteered to restring, refurbish, polish, whatever the guitar needs to be regifted. He’s helping do that for me and that’s invaluable because I know very little about guitars,” Jackson said. “A lot of people have just been wonderful about if there’s something that needs to be done, they’ll jump in and help and they’re spreading the word.”

Jackson said she has received donations from all over North Carolina and even from other states, and she formally fine-tuned her nonprofit by adding the Guitar Resettlement Project. She personally delivers the guitars to families and wants them to know they are supported and loved.

“I just want them to get joy from it. They’ve been through an awful lot,” Jackson said.

More information about the Guitar Resettlement Program and donation instructions are available here.