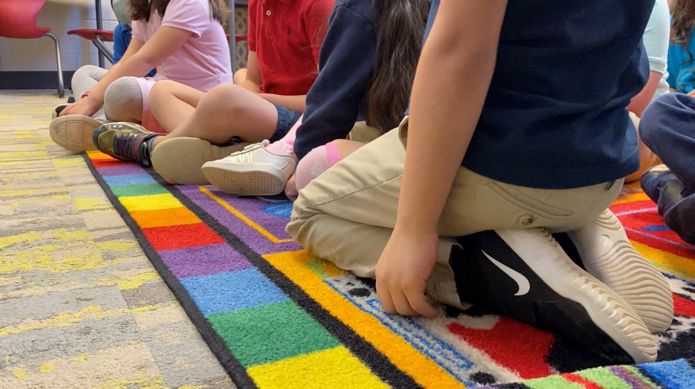 As need for translators and interpreters grows, Charlotte school finds ways to fill the gap

CHARLOTTE, N.C. — According to the latest census data, the Latino population is growing in Mecklenburg County.

As it grows, people who work in the K-12 setting say the need for access to interpreters and translators grows, as well.

Interpreters translate oral speech, while translators convert written material from one language to another.

But these professionals can sometimes be hard to find, according to the American Association of Interpreters and Translators in Education.

Luis Hernández, the chair of the AAITE, says qualified interpreters and translators may choose to go to other areas like conferences, medicine or the legal field over education.

And there’s a few reasons for this, according to Hernández.

“The first reason is that, until recently (2019), there hadn’t been a push to professionalize the field of educational interpreting and translation, as our counterparts in the conference, court and medical fields had done earlier, so school districts were hiring community liaisons who were often bilingual, but untrained in interpreting and translation, yet still expected to perform those tasks,” Hernández said. "This, in turn, meant that oftentimes, school entities paid lower wages for what should have always been considered specialized work, thus keeping professional interpreters and translators away due to low wages.”

The lower wages is something Monica Rodriguez, UNC Charlotte associate professor of Spanish and translation studies, cited as well.

“They are not paid based on their formal education or the emotional and cognitive overload the job requires, so mostly we see arrangements, short-term positions that don’t provide fringe benefits,” she said. "It’s an hourly rate, so interpreters oftentimes don’t see a career in the K-12 setting."

Hernández also says until recently, the education field hasn’t seen as much in terms of investigations and enforcement coming from the federal government.

"In 2015, the Department of Education’s Office of Civil Rights issued a memo clarifying that the provision of language services is the law of the land,” he said. "It’s certainly possible that many school districts may have thought they were compliant by simply hiring bilingual employees, when in reality they weren’t providing meaningful language access.”

As the need grows, a local school is looking to fill the gap.

The Charlotte Lab School is a free-of-cost charter school focused on building a community reflective of Charlotte, according to teacher Barbara Najenson.

She says the number of families needing interpreting and translating services within their school has gone up.

“The Latino population is growing very, very rapidly,” she said.

She says many of her Latino-identifying students are second generation, but language still represents a huge barrier because many of their parents do not speak English.

According to the AAITE, Spanish is the most requested language for interpretation or translation for most of the country, including North Carolina.

In the 2020-21 school year, Najenson, who is also a Spanish teacher, filled a new role at the Charlotte Lab School called the bilingual education coordinator.

Through this role, she reaches out to the Latino population in Charlotte.

The school also partners with UNC Charlotte to provide interpreting and translating students.

Together, they translate documents and make phone calls to parents who need Spanish.

“So that the turnaround of translation is faster, so we can reach those families and serve them as they deserve in a timely manner,” Najenson said.

One of her students is Carlos Hernadez. He’s a kindergartener at the Charlotte Lab School.

His mother, Betcimar Mayol, is from Venezuela and does not speak English.

In a conversation Najenson interpreted for us, Mayol says without the help of Najenson and her team, navigating the school system here would have been hard.

“How do I know about the lottery, how do I register, how do I gather the information that I need?” Mayol said. "So it was wonderful to have someone explain that to me in my own language. I needed that. I didn’t know where to go, how to do it.”

Without access to translators and interpreters, it poses a challenge for families to stay engaged and involved in a child’s education, according to Najenson.

"And the idea is to be involved in the school, so we can support kids academically,” Najenson said. “And if we don’t provide information in their main language, and they understand what’s going on, then that is not going to happen.”

In addition to working with families who may face language barriers, Najenson says their school is different in a few ways.

They focus on multicultural events, so families and kids can stay connected to their roots.

"We now have events such as Casa Abierta (open house in Spanish), a WhatsApp group for Latinx families, Cafecitos (learning coffee gatherings targeted to Latinx families) and schoolwide events to create additional support and help these families feel connected and that they belong,” Najenson said.

They also teach Spanish starting in kindergarten, as opposed to other schools that may start Spanish classes later, according to Najenson.

In addition to Spanish, Najenson says they have seen a growing need for Arabic interpreters and translators within their school over the last three years.

The Carolina Association of Translators and Interpreters says Arabic is the second most popular language, behind Spanish. Vietnamese is third.

The CATI says they are seeing growth in the need for interpreters who speak Farsi, Pashto and Swahili.

While the need is growing, Hernández, the chair of the AAITE, says the profession is expected to grow at a faster pace than other occupations.

Hernández says according to the U.S Bureau of Labor Statistics’ Occupational Outlook Handbook from 2020, there are about 81,000 interpreters and translators in the country.

However, there isn’t a record of how many of those professionals work in education.

"The Bureau of Labor Statistics doesn’t split the number in the subspecialties where interpreters and translators are normally found,” he said. "Specifically in education, the number can be pretty tricky to pin down because some school districts use staff interpreters and translators, while others use contracted services through language service providers or contractors, and some use trained or even untrained bilingual staff that have those responsibilities as part of their duties."

At Charlotte Lab Schools, Najenson says they are working hard to fill the gap.

“And I know that with every minute, we are making a difference,” she said.