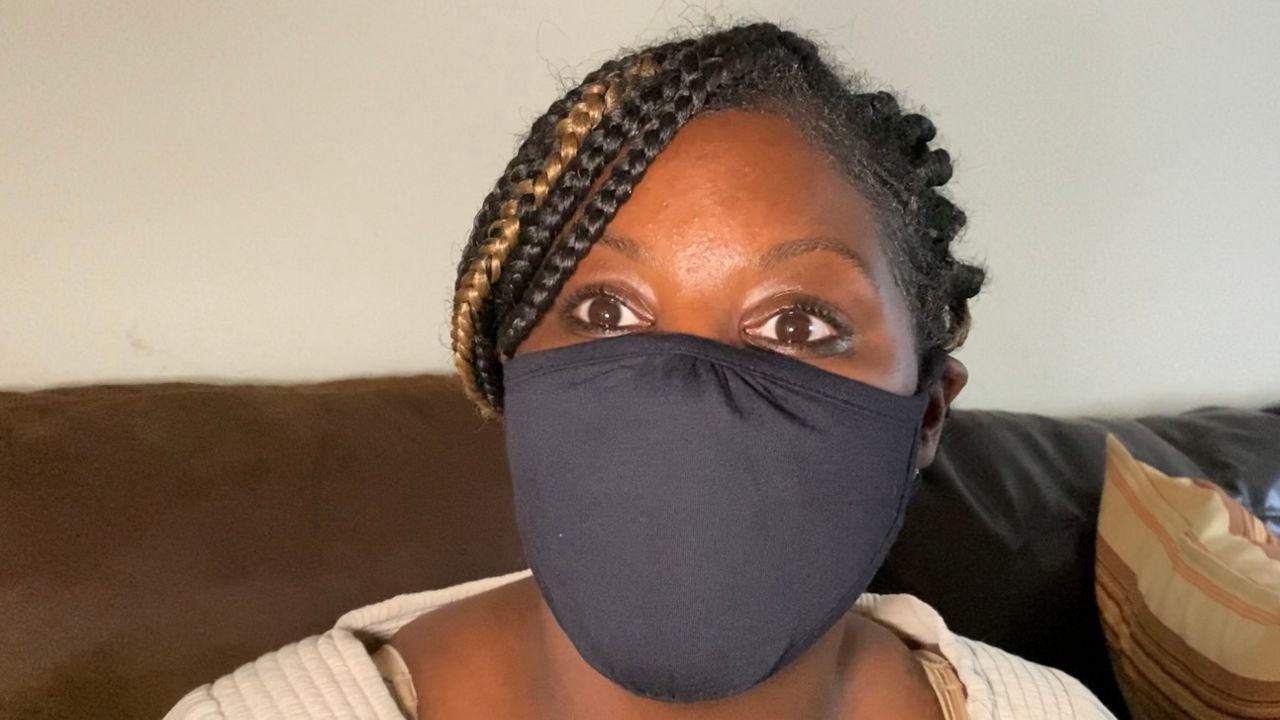 'I look forward': Mom opens up about her life as guaranteed income begins for former inmates

Getting back on your feet after prison is difficult. Ask anyone who is formerly incarcerated.

Participants in a new guaranteed income program in North Carolina, however, are getting some help thanks to a pilot program funded by a $500,000 grant and separate private donations. Recipients received their first check last week.

Tydricka Lewis is a hard-working mom with a full-time job as a peer support specialist doing the best she can.

“I’m getting ready to put together my laundry,” Lewis said as she bent over to pick up some freshly dried clothes and carried the basket with her into the living room.

After serving six years and four months in prison, she said folding clothes felt more like freedom than it ever has before.

“It is tough, but I persevere. I guess it could be worse,” Lewis said. The 32-year-old is one of 109 former inmates living in Durham who is receiving a guaranteed supplemental income of $600 a month.

Lewis, who was released from prison in 2019, hopes the added income gives people like herself a nudge in the right direction.

StepUp Executive Director Syretta Hill said a grant from the nationwide Mayors for a Guaranteed Income organization paid for most of the program. According to the StepUp website, the goal of the initiative is to see how an unconditional second flow of “income effects recidivism”, being re-incarcerated and whether or not it makes participants feel financially secure enough to take care of their own needs.

“I will say I never forget my past, but I look forward and I envision what I want in my life for my future, versus dwelling on my past,” Lewis said.

The first disbursements were electronically sent to recipients on Tuesday, March 15. Lewis will receive her checks, like everyone in the program, on the 15th of every month.

Lewis invited Spectrum News 1 into her apartment the night before those disbursements began.

“The 26th is the date I am going to launch New Generation,” Lewis said as she pointed to the March day in her calendar. New Generation will be an organization for young Black girls, ages 7-18, to relearn life skills.

She called the date a down-payment on her dream business. “It’s so significant to myself because of the fact that I will be impacting other little girls around the age when I started making irrational decisions,” Lewis said.

Staying on top of the present gives Lewis more control of the future. The mother of three has responsibilities when she comes home after work. “It’s a daily thing,” Lewis said. “Work, come home, clean up and take out the garbage.”

Her bills every month are well more than $2,000. Despite her obstacles, she said her three children, a 21-month-old son Bakari, a 9-year-old daughter Tacorah and 17-year-old son Douglas, inspire her.

“I believe my children, outside of God, is the main motivation,” Lewis said. “I am very blessed to have my children, and I thrive off of knowing that I have to make a way for me.”

Lewis said this because she remembered giving birth handcuffed to a prison bed. Parts of her incarceration are stained into her memory. “It’s definitely hard. Emotional, more of being away from your loved ones,” Lewis said.

Lewis used the time behind bars to complete a GED and for training to become a peer-support specialist.

Fast forward to the here and now — she is applying the training in prison to the job she wanted in the free world. “I knew I was going to be part of the solution and not the problem,” Lewis said.

Lewis said she has been connected to StepUp since 2019 when she reentered society.

Two other people who work at the nonprofit spoke about what this second flow of income might have done for them when they were going from imprisonment to a second chance at life.

Bobby Harrington and Elizabeth Butler are two employees who have experienced incarceration.

The StepUp coworkers said being locked away puts limitations on finding a job, housing and a lot more. Both have worked with people walking in the same shoes as Lewis for StepUp.

#InNorthCarolina Elizabeth Butler and Bobby Harrington are two employees at StepUp Durham guiding former inmates who are reentering society. The pair said they’ve been in prison too. They feel sharing their experiences helps positively shape other lives. ⁦@SpecNews1RDU pic.twitter.com/nGUYY0Vvm0

She said the basic universal income program could have been a game-changer in her life.

Butler is now a StepUp employment counselor who talks about her life right after leaving a correctional facility. “I had the fortune of working in the governor’s mansion my last year. I made $1 a day, which is $5 a week. I knew coming out I needed to put my best foot forward,” Butler said.

Harrington has been down a similar path. The StepUp case manager said he understands an extra bit of jingle in a free man’s pocket can be huge when you are trying to resurrect your life.

“I think the money will help individuals who are already working propel them forward. Depends on what it is the individual wants, but yea, I think it will help greatly,” Harrington said.

The pair says they work at StepUp in multiple advisory roles.

Butler helps people showcase themselves for potential jobs and sell themselves to employers. Harrington said he checks in with clients and gives them direction based on his experiences from the past.