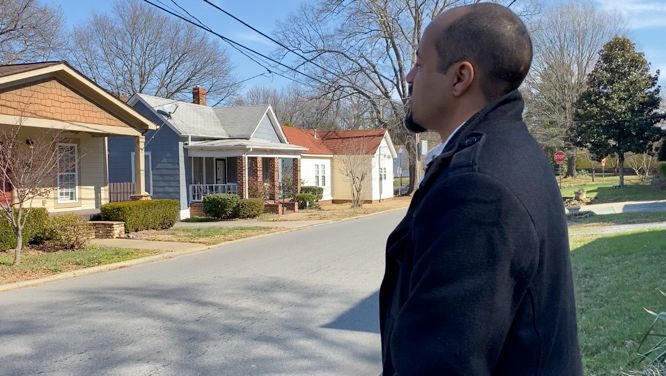 A walk through Black history in Biddleville

CHARLOTTE, N.C. — It’s one of the oldest HBCU’s in North Carolina, and it sits next to the oldest Black neighborhood in Charlotte.

It’s a neighborhood that grew around what’s now called Johnson C. Smith University, a historically Black university that opened in 1867 to educate formerly enslaved men after the war, according to Webb.

He says the University’s first president, Rev. Stephen Matton, bought the land next to the school so families could build homes.

"It was an oasis of Black elite, middle class and you had your lower class who all co-mingled as one in this neighborhood,” Webb said. “Many professors lived here and many children would attend Johnson C. Smith University and go on to become professors, lawyers, doctors and teachers.”

Webb shares a deep connection to the area.

His grandparents moved to Biddleville when they relocated from South Carolina.

Webb graduated from JCSU with a degree in history.

“Personally, for me, it’s keeping that legacy alive because my father and his siblings attended Johnson C. Smith, and some of them also worked at Johnson C. Smith University as well,” he said.

Webb is working on a history project to document the stories here along with Brandon Lunsford, the interim director of library services and archives at JCSU.

He says as Charlotte continues to rapidly change, it’s important for people to not lose this history and the contributions Biddleville residents made to the city.

“Because of gentrification, the demographics have changed,” said Webb. "A wide range and variety of ethnic groups live here now and so with that, with progress and evolving with this neighborhood, that’s why it’s so vital and important for the legacy and history of this neighborhood to keep going on.”

One way to learn about that history is through a walking tour designed by another historian, Dr. Thomas Hanchett.

He created the tour as a part of his website HistorySouth.org.

Part of the tour normally goes through the university's campus, but because of COVID-19, Ely Portillo at the UNC Charlotte Urban Institute created a video version.