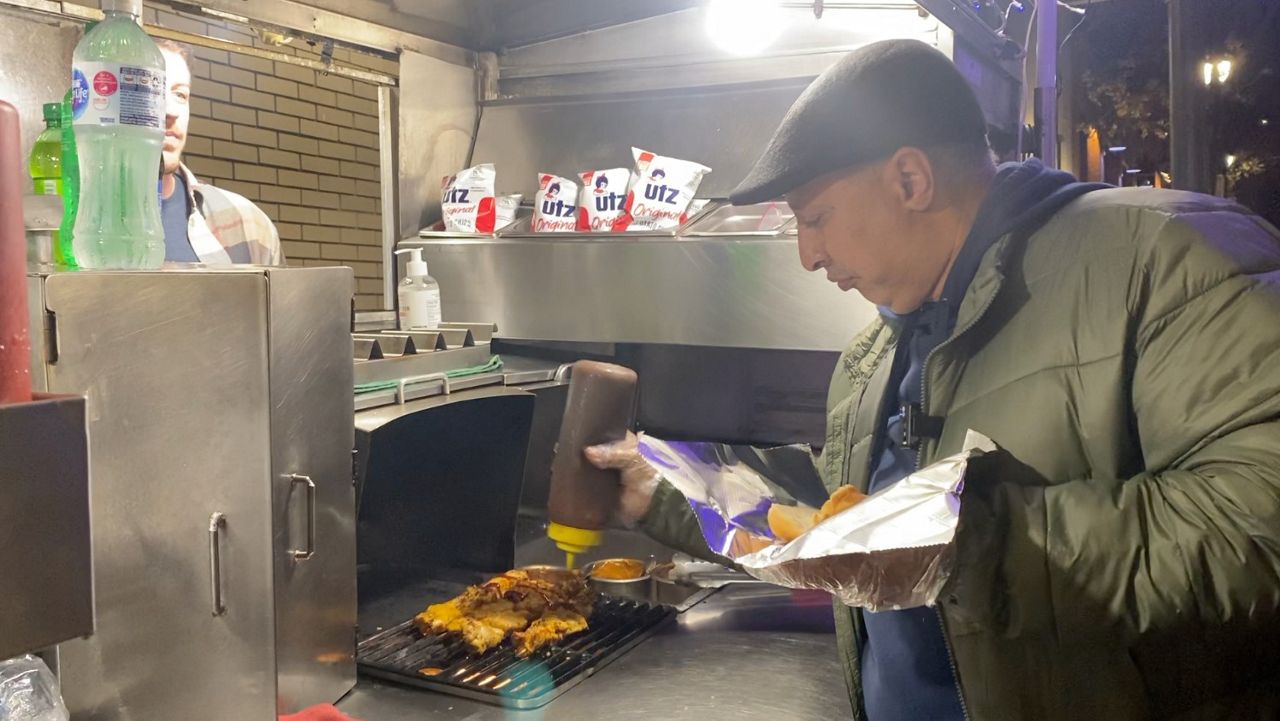 RALEIGH, N.C. — People who are not participating in the "dry January" trend may find themselves at a happy hour in Raleigh this month.

The Raleigh City Council has voted to order pushcarts to close nearly two hours early, from 3:00 a.m. to 1:15 a.m.

The change is detrimental to the pushcart owners themselves, says Waled Elwik, who has been operating a pushcart in Downtown Raleigh for nearly 20 years

He says he will lose 80% of his income because of the change, and expects drunk driving accidents to soar without the early availability of food to bar goers once establishments close

But, many may see a change to their food options once the bars close in the early hours of the morning. For nearly 20 years, Waled Elwik has owned and operated a pushcart in downtown Raleigh.

December 16 marked a significant change to operations. It was the first evening he had to close almost two hours early.

He’s infuriated by the change that will impact more than his daily sales.

“Where am I going to get my mortgage from? How am I going to provide for my family? It’s not going to affect one person, you're affecting families,” Elwik said.

The Raleigh City Council last November voted by a 7-1 margin to reduce the operating hours of pushcarts from 3 a.m. to 1:15a.m.

In a statement, Raleigh City Council Member Stormie Forte told Spectrum News 1 that the change was driven in part by drunk and disorderly patrons disrupting the surrounding Glenwood South neighborhoods until early hours of the morning.

“[Citizens] were often calling RPD to report drunk and disorderly conduct, as well as illegal parking in the neighborhood,” Forte said. “Patrons of the establishments were going into people’s yards, passing out, urinating and holding disruptive conversations.”

She explained that after reviewing policy of several other unspecified cities that have reported similar issues, staff members “determined that nearly all of them stopped vendors from selling food approximately an hour prior to the other establishments closing.”

“In consultation with RPD, it was determined that closing the food carts a couple hours early, would be an effective method to clear the area shortly after the other establishments close,” Forte said.

In addition to the hit to his sales, Elwik believes the decision will lead to a spike in drunk driving accidents.

“More than 50% of the people who come out of the clubs they still drive,” he said. “They try to get something in their stomach to sober up so they come to us for a hot dog just to help them drive home safe.”

The council cited the availability of ride shares and fast food joints to limit the pushcart sales and long lines after bars close.

Elwik says he will abide by the city council’s ruling, but knows the small change will have a large impact.

“Hungry people, they’re standing in a line to eat and to sober up before they drive,” Elwik added. “We’re trying to help people, but we’re still getting the blame for it."