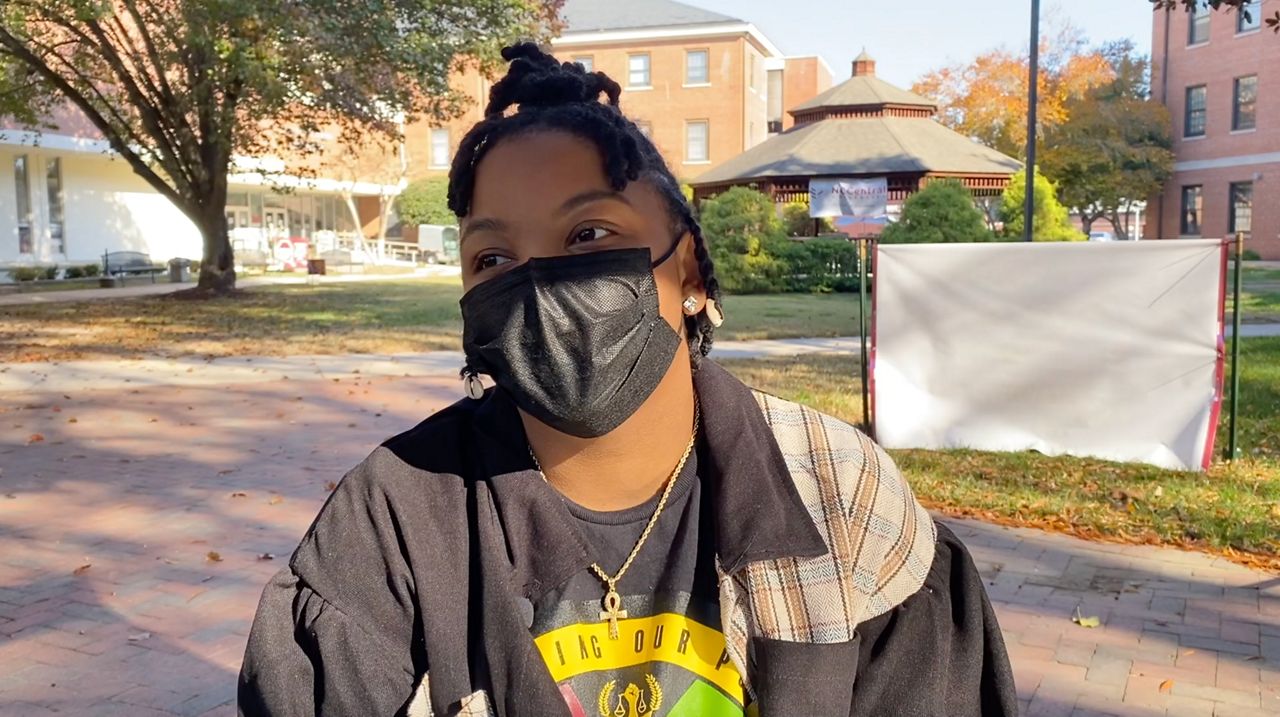 DURHAM, N.C. — More than 43 million people have student loan debt in the United States, with an average debt of $39,351 each, according to Education Data Initiative.


A group of North Carolina college students, including the organization NoCap, recently traveled to the nation’s capital to rally for student loan forgiveness.

Mya Bass is originally from Florida, and she knew where she wanted to go to college as soon as she stepped foot on North Carolina Central University’s campus.

“Being a first-generation college student and being out-of-state, there was a point in time where I didn't think I was going to go to college unless I had a scholarship for sports or things like that,” Bass said. “At the time it was unrealistic, and I didn't really see college as an option so we basically had to bite the bullet and use some of those loans.”

Bass is studying history, and she's about to graduate. She feels like students don’t fully understand how college loans will impact their financial future.

That’s partially what motivated her and other students to travel to Washington, D.C. and rally to cancel student debt.

“Education is imperative for our advancement, especially for Black and Brown people. It should be treated as a necessity and not a privilege,” Bass said.

STUDENT DEBT: According to @edudataorg, more than 43 million people have student loan debt in the U.S. with an average debt of $39,351 each. That’s why North Carolina college students (@ignitethesouth) recently traveled to D.C. to rally to cancel student debt. @SpecNews1RDU pic.twitter.com/w6jiZZmdA1

Bass knows this is a controversial topic, but she feels like progress is already being made.

“At one point in time nobody was thinking about trying to cancel student debt, so the fact that it's a conversation now is already an accomplishment in and of itself,” Bass said.

Thanks to the CARES Act, most federal student loan payments have been on pause since March of 2020, but that pause is set to end on January 31, 2022.