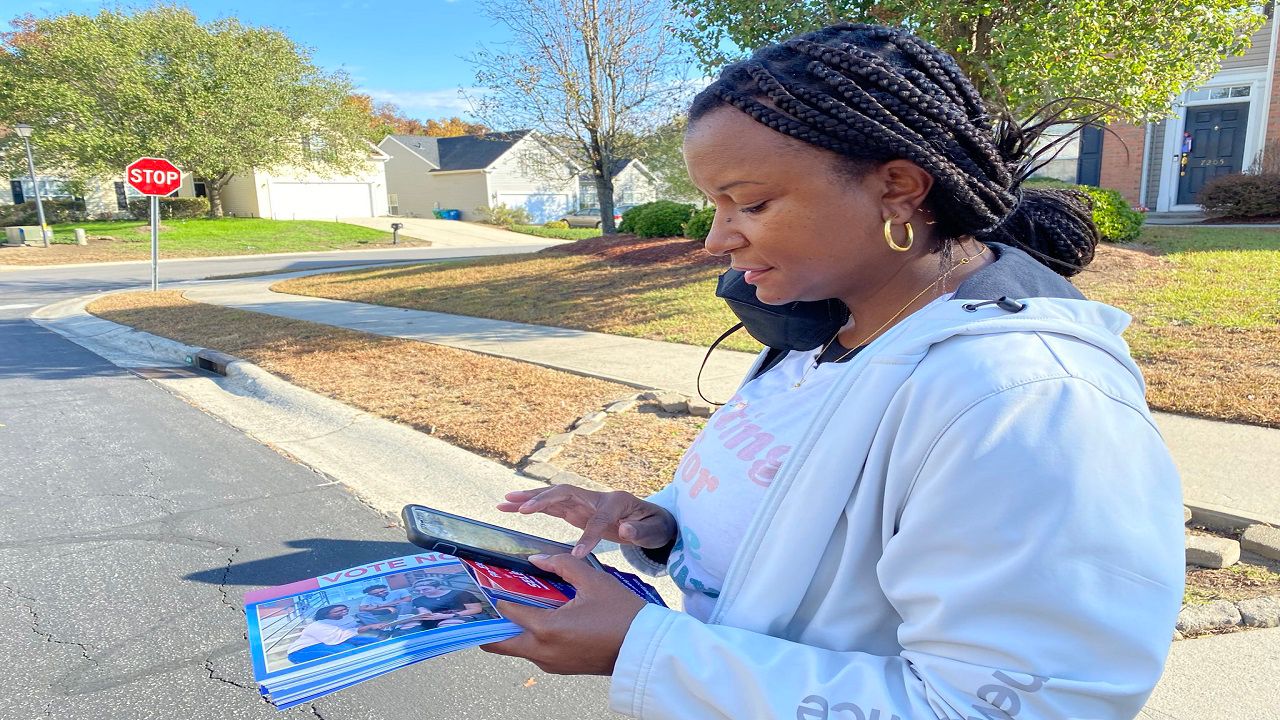 CHARLOTTE, NC – More than 800,000 registered voters of color did not cast a ballot in North Carolina during the 2020 election, according to the N.C. State Board of Elections. A new group in the state is trying to get more people to their local precincts.

The New North Carolina Project is working to get more voters of color to the polls, and the group is also hoping to flip some key races.

Dr. Aimy Steele, executive director of the New North Carolina Project, said her team is working to get on the ground in communities of color across the state.

“We’re looking at anything in the I-95 Black Belt area, native communities, Latin-X communities all across the state in every major urban center in the state,” she said.

Dr. Steele said the group “leans in a progressive way at least 30% of the time," which could help flip the state in upcoming elections.

When she first saw the voter turnout numbers, Steele said she was disappointed. As a former educator, she said voting is a fundamental right everyone needs to utilize.

“I always told my students, you always take advantage of every opportunity that’s available to you,” Steele said.

Steele is no stranger to door knocks and political campaigns. She ran for state house in 2018 and 2020, and said she lost in close races despite campaigning door-to-door.

“When you commit to staying in the community, and you commit to taking care of people’s needs, and helping them to get better results out of their life, then they’ll start to build trust in you,” Steele said.

Michael Whatley, the chairman of the NC GOP, said last year the party knocked on more than three million doors across the state.

“Right now we are about 1,000 voters a month closing on the Democratic majority that they have in the state in terms of registered voters. We want to make sure that we continue to close that gap,” Whatley said.

Steele said she and her team are determined to win big in the midterms as they ramp up their door-to-door campaign.

“If we really want to say representation matters, we as people have to make our voices heard,” she said.

Ahead of the midterms, Whatley said the NC GOP is also trying to flip undecided voters.

“Any time that you are in a battleground state like we are, we basically have a third of the registered voters are Republican, a third are Democrat, and are unaffiliated,” he said. “So, we know that we have to compete for every single vote. When we do, we see good results like we saw in 2020.”

The New North Carolina Project is in the process of hiring site coordinators and other roles throughout the state. For more information, click here.